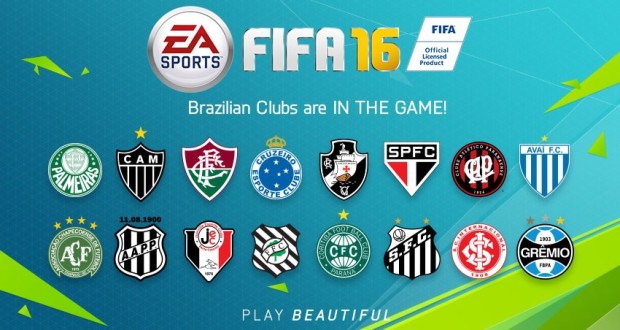 No more less than 16 Brazilian clubs will take part at the release of FIFA 16, the teams are:

As you can see Flamengo and Corinthians are missing from the list because they sold their image licenses exclusively to Konami this year for PES 2016.

At the launch of the game the teams will have authentic crests and uniforms, however, the players will be featured with fake names and likeness until an online update will be released to correct them.

In Ultimate Team, players playing on Brazilian Clubs will become available after fans accept and download the update when and if available.

Pretty bummed that they didn’t managed to include them in a league of their own rather than ROTW. But nontheless, it’s better than nothing.