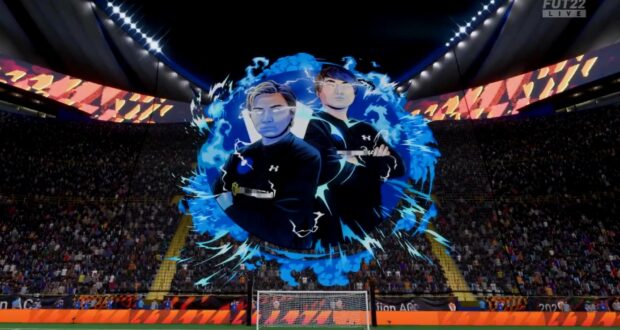 The eSports scene is massive in Asia from Starcraft to League of Legends and PUBG but what about FIFA?

Asia currently represents the largest gaming market in terms of revenue and market share accounting for 50.2% of projected global game revenues with US$88.2 billion. There are currently 3 billion esports players around the world, with 1.6 billion players in Asia and a small percentage of those either play FIFA on consoles or mobile.

With popularity of the game rising in Asia thanks to FIFA Online the first professional FIFA esports teams started to appear back in 2017. In this article we will discover who are currently the best ones out there. Let’s find out!

GBX Esports Team is a Malaysian esports team owned by GamesBond. Established in 2022 the team is currently ranked #14 in the world thanks to its roster of professional FIFA players that include LuqmanHzq, AkmalJHD and Suki.

We’ll come back stronger next season 👊🏻

At this year’s FIFAe Club World Cup the team managed a memorable 15th place and also went to achieve a 3rd place at the FIFA 22 Global Series Asia South Qualifier. Specialists predict the team will rise in the ranks even higher next season and fans can even bet on that as sports betting in Malaysia is easy when you have a reputable source.

Team Flash (also known as Flazers) is a Vietnam-Singapore esports organization. They currently field teams in Hearthstone , Dota 2 , Arena of Valor, League of Legends and since 2017, FIFA. Their current FIFA roster include pro players such as Amraan, Fardhino & Buzzinho.

The first major success for Team Flash came in 2018 after winning the EACC Spring edition on FIFA Online 3. Four years later the team won the FIFAe Club World Series 2022 Asia Playoffs but only managed a 21st place at the final tournament. Currently ranked #21 in the world, Flazers are ones to watch next season.

Blue United eFC (formerly known as Blue United E-Sports) is a Japanese esports team owned by Blue United Corporation. The team is comprised of the duo Agu and Tsakt who are Japan’s best FIFA pro players.

Our kit, VOLTA's hoodies, and TIFO are included!
Many people are using them🙌

Our kit for the upcoming #FIFA23 season is coming soon!
Stay tuned🔵#FIFA22 pic.twitter.com/B2JZyl95tp

WICKED ESPORTS are another professional FIFA esports team from Malaysia. DatoRentap, halowake and TAZ are currently the three pro players that represent this organization with decent results.

THE FIRST EVER MALAYSIAN 🇲🇾 TEAM TO EVER DO IT!! #FIFAeClubWorldCup
Pre-Qualifiers ⏩ GRAND FINALS!

WICKED ESPORTS were there first FIFA pro team from Malaysia to qualify to a Grand Final of the FIFAe Club World Cup. Established in 2020, the team is currently ranked #38 in the world with lot of margin to improve in the following years.

Kashima Antlers is a Japanese professional esports team associated with the football club of the same name. The esports team was created in 2017 and participated in over 20 professional tournaments with great results. Just like Blue United eFC the team is composed of a duo, WebNasri and ccv.

The Japanese team achieved silver trophies at the FIFA 20 Summer Cup Series Asia and the eJ.LEAGUE 2021 Club Champions Cup. In 2022 “The Antlers” managed to achieve three outstanding first places back-to back at the FIFA 22 Global Series Asia North Qualifier 2, 3 and 4.

After qualifying at the FIFAe World Cup 2022 the team ranked #83 in the world only managed a 28th place out of 32.

Although it will be pretty difficult to rank higher than the European or South American teams, the recent results of the Asian teams are promising. With the growing popularity of the game in Asia we expect more and more professional teams to pop up on the FIFA scene from that region of the globe.