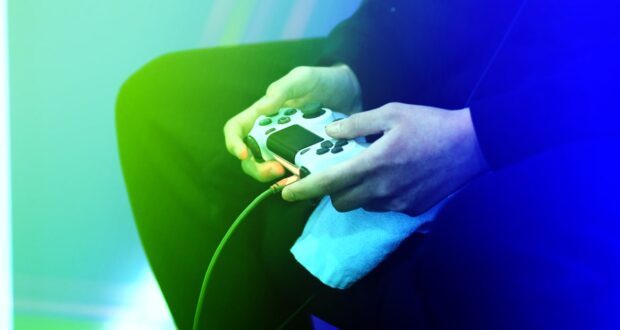 Recently we covered the best FIFA eSports teams in Asia, and today we will dive into the best teams of the Oceania region.

The eSports popularity has been growing exponentially in that region of the globe for the past few years mainly thanks to games such as Valorant, LoL, Dota 2, Rocket League, CS:GO and more recently FIFA.

With over 18 million gamers in Oceania it is only natural to start seeing pro players and pro teams emerge into the scene, mainly from Australia. The revenue of the eSports market in Australia and Oceania saw an overall increase to around $7.5 million last year. The biggest share of this revenue was created by the sponsorship & advertising segment which accounted for $3 million, followed by the media rights segment with $1.52 million.

The rise of FIFA eSports in Oceania isn’t as different from other regions and below we will take a closer look at the best professional teams in that category.

Founded in 2020, ‘Dire Wolves’ is a professional gaming organization based in Australia. Pro players such as Mark “Mark11” Zakhary, Mike “MikeJ” Jameson and Connor “Envy” Stewart were part of the team last season however the organization is currently rebuilding the roster ahead of the FIFA 23 season and we will see some new faces. The team will be coached by professional FIFA coach Zackary “Zackary” Marceau.

#FBF To two weeks ago. When @MikeJFIFA, @Marrkk11_ and @Zackary_Marceau embarked on their insane #FGS TOTS Cup Run!

Plenty of recaps and content to come – and more Dire Wolves FIFA in the future 🛫 #Wolfpack🐺|| #FGS22 || #DWWIN💚 pic.twitter.com/3iQAAPcKls

The team’s best results are winning both FIFAe Club World Cup 2021 OCE and FIFA 21 Global Series Oceania Playoffs and finishing in second place at the FGS 22 Team of the Season Cup. The Australians are currently ranked #9 in the world.

The next pro team on our list is ‘Order’ from Australia. The team was founded in 2021 and had two pro players in its roster, Negede “ANezer” Hunegnaw and Dylan “Dylan” Campbell that recently signed for Team FUTWIZ.

The ORDER FIFA squad @ANezer_ and @Dcampbell20_ are firing up to take on the FIFA Global Series overnight.
Our bracket run kicks off at 11PM AEST, up against the best international talent the world has to offer💪#MakeMagic💫 @LogitechG_ANZ pic.twitter.com/caJEWkZB4S

Some of the best successes managed by this team was winning the FIFAe Club World Series 2022 Oceania Playoffs and the FIFA 22 Global Series Oceania Qualifier 4. ‘Order’ is currently ranked #25 overall in the world.

As you can notice Australians really enjoy playing their games. Aussies can find other games with a $10 deposit casinos Australia.

Although the team is European, FUTWIZ has multiple FIFA pro players around the world competing for the organization in various regions and one of those is Oceania. The team is based in Australia with Dylan “Dylan” Campbell and Mark “Marko” Brian making up the current roster.

The team’s achievements include a bronze finish at the FGS 22 Masters Cup and a fourth place at the FIFAe Club World Series 2022 OCE Playoffs among other results. Team FUTWIZ Australia is currently ranked #40 in the world but will more than likely rise in the ranks ahead of the FIFA 23 Global Series.

Melbourne City Esports is an Australian professional esports team associated with the football club of the same name. Founded in 2017, the team is a constant presence in the FIFA competitive scene with decent results. “Marcus Gomes” is currently the only member of the team after the recent departure of fellow pro player, Ryan “Naylor” Naylor.

I can't believe it…
After 5 FIFA's, I'm finally an OCE Champion 🏆

I've come so close too many times.
Losing final after final…
But now, I have a title to show for my grind 😭

Thank you so much to everyone who has supported me over the years 💙#LETSGOmes #GomesFIFA pic.twitter.com/TFTXpLjHK8

Among the team’s achievements we can find a first place at the FIFA 21 Global Series OCE Qualifier 2 PS4 and FIFA 22 Global Series Oceania Qualifier 2, and a second finish at the E-League Australia 2019 Finals. Moreover, the Australians finished in third place two years in a row at the FIFAe Club World Series 2021 and 2022 OCE Playoffs. The Melbourne based team is ranked #44 in the world right now.

We expect these teams to climb the FIFAe world ranks in the new season as they are stacked with talent and skill.