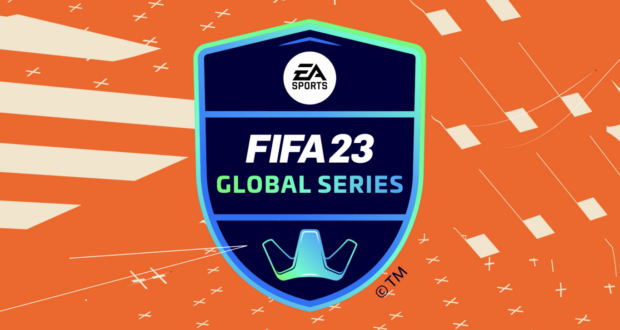 Introduced with FIFA 18, FGS is the official FIFA esports tournament organized by EA Sports that allows amateur and pro players compete for the ultimate glory. After last year’s revamp, EA revealed new changes in their eSports ecosystem that will take the new FGS season to a whole new level.

Just as last season all competitive matches will be played only on Playstation 5 and the FUT Divisions Rivals Elite Tier Skill Rating is what determines a player’s eligibility to compete in the Online Qualifiers. In order to participate a player has to:

Players can access the Competitive Game Mode after EA reviews their results and progress. As mentioned before, players have to use a PS5 to compete as playing in the Elite Division on other consoles will not lead to an invitation to play in Online Qualifiers.

With that in mind let’s see what EA Sports preapared for this season.

FIFAe World Cup is the ultimate stage that a FIFA pro player can aspire in their career. Players will have to prove themselves in a gauntlet of online and offline tournaments to earn themselves the chance to compete for the most wanted trophy in the scene.

For this year’s edition, EA has merged Europe East and Europe West to compete as a single region in the Online Qualifiers. EA has also updated the maximum number of participants that can take part in each qualifier:

The Online Qualifiers will allow the players to earn Global Series points throughout the season and at the end of the season, the players on top of the leader board in each region will be invited to the Global Series Playoffs. They to join the top finishing players of Partner League Events such as ePremier League, eChampions League or eLaLiga Santander .

One of two direct entries to the Global Series Playoffs can be attained through the newly introduced Mid-Season Major Event that will take place the weekend of April 7th in London with a $500,000 prize pool.

Players at the top of the Global Series Rankings after the first three Online Qualifiers will receive invitations to the Group Stage of this mid-season event. However, the biggest plus for any aspiring pro FIFA player is the Open Bracket of the tournament. Anyone who purchase a ticket to compete in the tournament can battle in the Open Bracket. Those who make it through the Open Bracket will join the Group Stage players in the Championship Bracket to crown the Mid-Season Champion and earn their seat at the Global Series Playoffs.

Moreover, this year EA will give another possibility to players to earn the tickets for the Global Series Playoffs by playing in the regional Play-Ins. Players who are placed well in league competitions, the Mid-Season Major, or in the Global Series Rankings will earn a spot in their region’s Play-Ins. The Swiss to Double Elimination style tournament will be held on June 13th – 14th, 2023 for Europe and on May 27th – 28th, 2023 for all other regions.

The top 64 players from all around the world will feature in the FIFA Global Series Playoffs with the aim to filter the final 24 participants for FIFAe World Cup. The Playoffs prize pool has been confirmed to be $300,000.

Out of the 64 participants, Europe will have the lions share of 34 spots in FGS playoffs while LatAm South will have 8 and LatAm North will have 3. North America will have 5 spots reserved while the Middle East will be able to send 4 participants. The rest of the regions including Africa, North Asia, South Asia, Oceania and Mid-Season Major will have only 2 participants each.

Before the ‘Road To FIFAe World Cup 2023’ kicks off in January 2023, we will have a new team based tournament – EA Sports Cup. Starting October 17th and for the following three months, the 20 most succesful and competitive FIFA esports teams in the world will battle in London for the first place of this new competition and a share of the $250,000 prize pool. The participating teams are:

The tournament will be played in four groups of five teams playing in a Double Round Robin format with the top two teams in each group advancing to the knockout stage. The knockout stage will consist of a Single Elimination Bracket. The two finalists will advance to the FIFA eClub World Cup.

#EASPORTSCup and the road to the FIFAe Club World Cup 🛣️

Tune in on October 17th at 6 PM BST via Twitch or YouTube for the EA SPORTS Cup 🏆 pic.twitter.com/6VYXJ43DPa

To summarize, we will have a season full of amazing FIFA eSports evens lying ahead. Even if you are not planning to compete professionally, you will earn participation rewards in the form of FGS Swap Tokens in FUT 23 if you watch certain live events for at least one hour on FGS official youtube or twitch channels. For details on how to claim these tokens and link your EA account to Youtube or Twitch please check this guide.