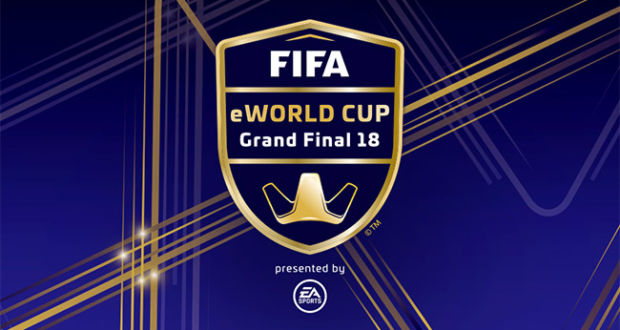 What Can We Expect From The FIFA eWorld Cup 2018?

Previously known as the FIFA Interactive Club World Cup (FICWC), the newly branded FIFA eWorld Cup is already set to be bigger and better than ever before. This nail biting tournament will see 24 players competing for the incredible prize fund, representing some of the world’s best football clubs with every button press. However, despite the fact that this year certainly won’t be the first eSports offering for FIFA, it’s still a tournament that holds mystery for those that aren’t aware of just what it involves. To give you a head start, we’ve put together a simple guide to the FIFA eWorld Cup 2018.

What Is The FIFA eWorld Cup?

If there’s one positive to the FIFA eWorld Cup that the regular World Cup certainly can’t boast, it’s that the eSports offering is an annual occurrence. Whether you’re a fan of the on-pitch game, or you live to control your favourite players on screen yourself, this tournament provides a yearly burst of tense gameplay worth a watch. This year’s offering is hosted by FIFA and, of course, EA, and is set to attract millions of fans from around the world to compete for that sought-after ‘best FIFA player’ title. In 2017 alone, over 7,000,000 people took part in the tournament, earning it a Guinness World Record as the Largest Videogame Tournament.

The first ever eSports World Cup took place in 2004 in Switzerland, and despite its humble beginnings, the following years saw membership and participation soaring to the incredible level it is at today. For the first few years, FIWC was a winter event, with the tournaments taking place in December, but as the 2008 tournament rolled around, it became a Spring/Summer affair with the earliest being March 20-22 in 2016, and the latest being August 16-18 in 2017. This year’s season is set to take place in July, though the dates are to be confirmed.
Medals among countries are fairly even for the most part, with England and France sitting equal with 2 gold and 2 silver medals each. Iran and Jordan are the only two countries to not have won a single medal, though it’s all to play for in the new season.

Among some of the biggest video game competitions from around the world, FIFA is quickly gaining traction as the best, and every year, more and more players want to compete for the popular title. However, not many actually know how to get their foot in the door.
In order to qualify for the FIFA eWorld Cup, players have to take part in the Global Series event on FIFA 18 and have signed up for an EA account, as well as register at futchampions.com. In other words, between 3rd November 2017 and June 2018, you’ll need to set aside a good chunk of your time to practice, play, and win.

Qualifying for the World Cup stage means, as mentioned before, that you need to take part in the Global Series, but there’s more to it than that. You have to win, but you have to win a certain set of games.

FIFA 18 has offered players some incredible content, with some amazing career mode options, as well as the pitch gameplay we all know and love, but for those with exceptional skill at the game, the grand final of the FIFA eWorld Cup is where they want to be. The Grand Final is where 32 players come together to compete for the championship title, and an incredible amount of prize money to make the title just that little bit sweeter.

This year’s grand final doesn’t have a date just yet, but we’re sure that once it’s announced, fans will flock towards the event without a moment’s hesitation. Whether you’re looking to compete yourself and are already in the running for the top leaderboard spots, or you’re happy to sit eagerly on the edge of your seat during some of the tensest gameplay you’ve ever come across, the FIFA eWorld Cup 2018 promises no disappointment.