Latest News
Home / FIFA 18 / FIFA and eSports – A Match Made In Heaven? 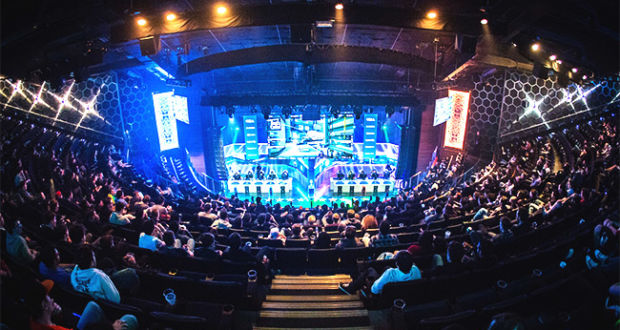 FIFA and eSports – A Match Made In Heaven?

If you’re unfamiliar with the term eSports, then fear not – there’s arguably never been a better time to get yourself acquainted with gaming’s fast growing phenomenon. In a nutshell, eSports simply refers to the professionalisation of video gaming and it has been steadily growing in popularity over the last decade or so. Whilst there are a number of high profile video games which are particularly well suited to the competitive gaming arena, FIFA remains one of the most popular titles on the circuit due to the fast paced and often high-octane nature of its head-to-head gaming modes.

The Worldwide Appeal of eSports

The impact of eSports’ growing popularity has already proven to be far reaching on a global scale. The success of eSports in Eastern Hemisphere countries like India has given rise to the emergence of stars such as Sudin Dinesh and Kartikeya Behl, who have enjoyed success in high profile FIFA tournaments across the world, including the the latter landing the Asian Football Gaming Championship back in 2017. More recently, the American-based MLS league has used FIFA and eSports to its advantage by launching the eMLS cup in their quest to attract younger fans to the sport and grow their fanbase.

With a number of well established virtual football leagues already in motion such as the e-Ligue 1 and the eDivise (which features teams from the French and Dutch leagues respectively), English clubs are now starting to sit up and take note. London-based club QPR are the latest club to launch an eSports team, joining the likes of West Ham and Manchester City and with many other teams set to follow suit, FIFA eSports looks set to be kicked into the English mainstream within the next couple of years. And, it’s already starting to proliferate in the gambling industry.

The recent surge in the popularity of eSports within the the greater professional sports landscape has also had a huge effect on sports betting, with more and more bookmakers now recognising the potential of the market. This has given rise to a number of Esports betting offers, where fans can choose outright winners of tournaments whilst taking advantage of offers from popular bookmakers such as 888sports, who are currently offering a bet £10 get £30 deal. Many punters see eSports betting as the future of sports betting and with FIFA and other titles finally making a foray onto the main pages of most prominent bookmakers, it would be hard to disagree with this assessment.

What Does The Future Hold?

Despite the fact that eSports has been around since the early 2000s, the sport is undoubtedly still in its infancy and as a result, it will continue to experience the kind of teething problems associated with all new technology. With most of the initial kinks seemingly ironed out, there are fresh obstacles and challenges which lie ahead for the world of eSports, not least of which lie in convincing the wider population that anything gaming related can be classed as a legitimate sport.

In addition to this, discussions are ongoing with regards to eSports becoming part of the 2024 Olympics in Paris and this will undoubtedly present new problems in itself – Olympic regulations for example state that no-one should profit from the games and it’s unclear how these rules would impact on video game developers and their relationship with the IOC (International Olympic Committee). Nevertheless, the future of eSports looks brighter than ever and with the right amount of marketing and publicity, there’s no telling where the sport could end up within the next decade or so.