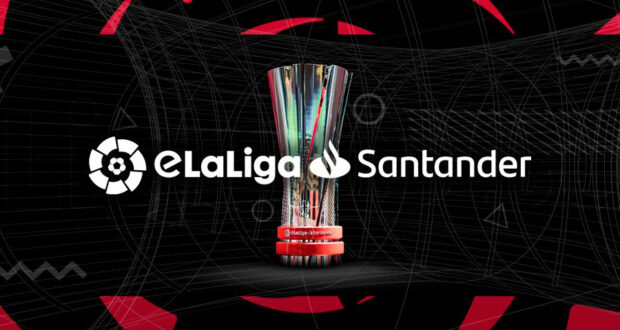 EA Sports seems to be taking a new approach with their Esports setup thanks to the newly revamped FIFA Global Series and the new format will feature in the new eLaLiga Santander season as well.

The Spanish premier esports league competition is one of the most coveted tournaments in Europe and the tournament organizers have recently revealed all the details ahead of the new FIFA 22 season.

All About the Details

The first and foremost change in the format compared to last year is the platform on which the players will compete. As is the case with FGS this season, eLaLiga Santander will be played on the PS5 platform as the entire Esports ecosystem shifts to next-gen. eLaLiga Santander is also the only Official League Qualifier of EA SPORTS FIFA 22 Global Series in Spain.

The tournament is set to be held in-person with all safety protocols in place and with more new cities covered for this edition. According to the organisers, the first phase of the tournament is scheduled to run through November with the Draft Championship consisting of 5 online tournaments scheduled for October 18th and 25th, and November 1st, 8th, 15th, 2021.

Players wishing to take part in this tournament can do so by registering through the official competition website. Players that will manage to qualify from the drafts will have the chance to represent one of the following Spanish clubs as a pro player in the next phase of the competition:

The draft tournaments will be followed by the regular season that will commence next year. If you’d like to check out other Esports tournaments, head over to Bet Us in their Esports section!

The regular season will start early in 2022 with the official presentation of the participating clubs and the players that have qualified and allocated to each team. The regular season following the reveal has been determined to last for 3 months.

The clubs will be divided into two groups, just like last year, facing off every week in a round-robin format. The difference, however, is that all matches played will be held in-person with public attendance on the cards. Group A has been scheduled to compete every Tuesday with Group B competing every Wednesday.

The first phase will consist of 19 games per group played over 8 weeks. There will be 5 standard days with 2 rounds per day and 3 super days with 3 rounds per day. The final ranking of all clubs at the end of this season will be based on the 180 round-trip matches between all participating LaLiga Santander clubs.

The regular season will then resume in May where the top 8 from each group will form the final 16 slots of the eLaLiga Santander 2021/22. There can only be one winner, titled the season champion who will get to take home all the major spoils. There is a prize pool of €250,000 which will be distributed amongst the first 32 qualifiers. However, the season champion will get to take home €60,000 and bragging rights for this season.

The entirety of this event has been proposed to be completely in public with crowds and audience participation essential, based on government approval. However, with new cities involved and a total prize pool of € 300,000, this season of eLaLiga Santander promises to be an amazing spectacle.

This year, we will once again see international fans participate in a competition created especially for them, in alliance with LaLiga and EA. According to the organisers, more details will be revealed during the month of November. Follow all the action on the official Twitch and YouTube channels with competition updates on their Twitter and Instagram handles. Watch this space as we cover this and other events happening throughout the year!