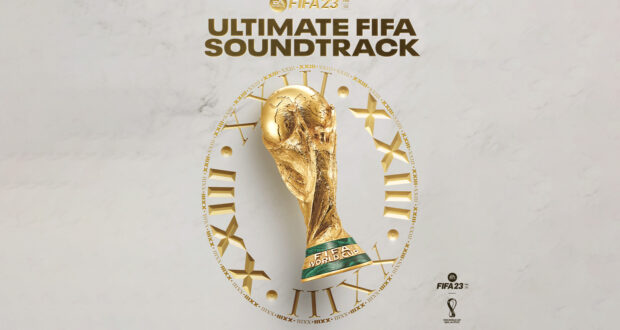 The Ultimate FIFA Soundtrack Is Here!

The World Cup is almost upon us and EA Sports is going all out at celebrating what could possibly be EA’s final ever venture with the biggest tournament in the football world – The FIFA World Cup.

EA has already made it clear about how grand FIFA Ultimate Team would be and has just released the World Cup DLC and with that, we now have a plethora of a new game modes – available in both offline and online modes – and a nostalgia inducing soundtrack which includes some of the most iconic songs in FIFA history from FIFA 98 to FIFA 23.

It is often told that music is the universal language that can be enjoyed by anyone and everyone without any discrimination. The FIFA franchise is a long running one which includes fans of all different age who grew up listening to some of the iconic soundtracks in FIFA history.

EA has recently bundled the top 100 most streamed FIFA songs in spotify as “Ultimate FIFA Soundtrack”. Forty of the most streamed songs from that playlist has been added to FIFA 23 in the latest patch.

🎵📝 Here it is: The #UltimateFIFASoundtrack track list coming to #FIFA23 on November 9 along with the FIFA World Cup update❗

Since there are only 40 songs, some amazing songs had to be omitted from being added to the game. Walk by Kwabs, All it ever was by Miami Horror, 16 years by The Grisworlds are some of the most popular songs that unfortunately did not make the cut into the game. However, they all can be streamed in the Ultimate FIFA Soundtrack on Spotify.

To spoil us even more, EA has also ranked and uploaded their favorite songs from each FIFA iteration on their website so that we can sort out and listen to the best songs from our favorite FIFAs.

So what are you waiting for? Jump in the game or head into Spotify to listen your favorite FIFA classics and get into your ultimate footballing spirit just in time for the 2022 FIFA World Cup.