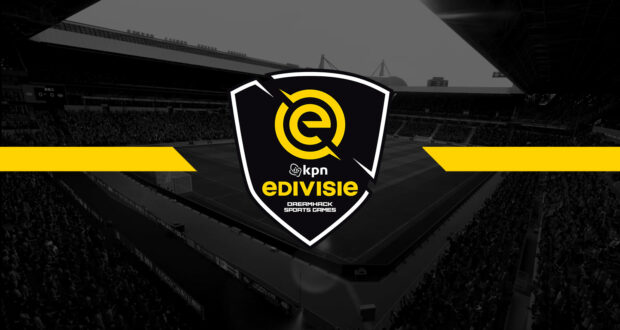 An Overview of the FIFA 23 eDivisie

A new season of FIFA Global Series (FGS) has kicked off with two huge events – EA Sports Cup and the 2022-23 season of KPN eDivisie.

In case you are not aware of the FIFA eSports scene, the KPN eDivisie is the official FIFA eSports league in Netherlands. All 18 teams from the Premier Dutch Football League Eredivisie will participate in this virtual football competition for the eDivisie title and much more.

The sixth edition of eDivisie has started on October 18, 2022 – with matches taking place every Tuesday evening from the H20 Esports Campus in Amsterdam. Similar to FIFA Global Series 22, all of the eDivisie games will be played in OFFLINE mode exclusively on PlayStation 5. Similar to the last season, the entire competition will be attended by a Live audience.

The 18 teams that are participating in this competition are:

In earlier seasons, all 18 competitors were put into a single league with a single round robin format, with the top four directly advancing to the finals and teams in 5th to 12th place playing an extra knockout round to reach the top 8. The rest of the tournament would then be held in a single elimination knockout format.

However, in the 2022-23 season, eDivisie has introduced a new feature to spice things up known as the Periodic Championships. Even though the competitors are bunched together in a single league, the seventeen rounds are split into 4 periods.  The winner of each period will receive a portion of the prize money and most importantly, book a ticket to the KPN eDivisie Finals. The four Periodic Champions will finally face in a knockout series to determine the eDivisie Champion for the 2022-23 season. To sum it up, it is more fruitful to win all the games in one period and lose all the games in other three periods than to perform on an average basis throughout the season.

Three out of the Seventeen Rounds have been already played, with AFC Ajax eSports leading the table with 9 points and are therefore the leaders of the First Period.  The defending champs SBV Vitesse eSports are currently at 5th in the table with 6 points after dropping 3 points in an upset against the newcomer FC Volendam.

Esports competitions such as eDivise are a great way to watch pro players play live and bet on your favourites on portals such as UFA100.

All the 18 teams are fighting not only for the coveted eDivisie Championship bowl, but also for €50,000 in prize money and four FIFA Global Series Playoff spots for the FIFAe World Cup.

How to watch the eDivisie?

The fourth round of eDivisie 2022-23 will be held on 9th November 2022 from 5:30 PM CEST. Out of the 9 scheduled games, Three of them will be broadcast LIVE on ESPN, whereas the other 6 matches of the night can be seen live on the official Twitch and YouTube channels of the KPN eDivisie. Also follow the competition updates on KPN eDivisie’s Twitter, Facebook and Instagram handles.

Stay tuned as we will cover this and other eSports events happening throughout the year!