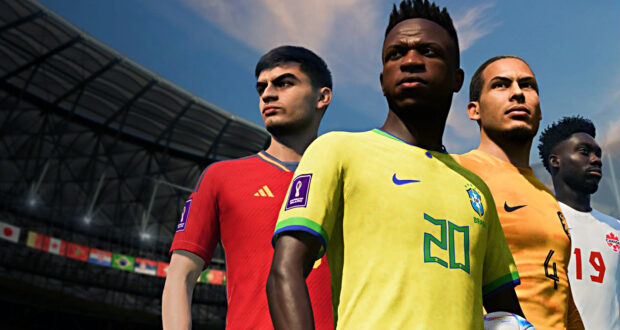 As previously announced, the FIFA World Cup Update is now available in FIFA 23.

These faces will be available in FIFA 23 once a new Squads Update is released by EA Sports.

Following this update, the Brazil national team has been removed from Kick Off, Tournaments, Online Friendlies, and Online Seasons, and it will be playable only in the FIFA World Cup 2022 game modes.

The title update also addresses various issues such as:

To celebrate the release of the update, EA Sports will award all Ultimate Team players that will play FIFA 23 by January 3, a loan ICON or loan FUT Hero for seven FUT matches, and a special untradeable FIFA World Cup History Makers player from the same country whose OVR will boost twice: once on January 13th 2023, and the second upgrade on February 14th 2023.

FIFA World Cup History Makers content will be granted between December 23, 2022 and January 3, 2023.