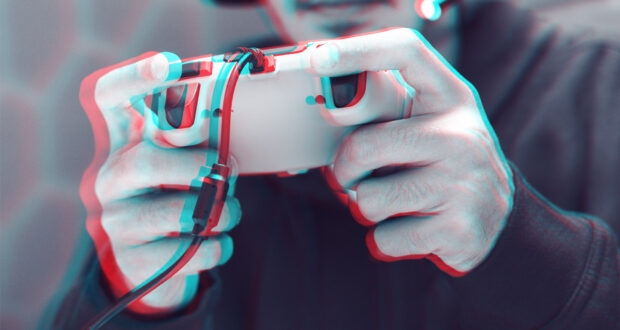 Player bans and EA have a longstanding history dating back to as early as FIFA 16 with the publisher having cemented strict rules against players trying to work around the system in Ultimate Team.

Most of EA’s bans involve FIFA coins and the buying and selling of the coins outside of the game. However, with the eSports side of FIFA kicking off with extreme growth, the ban rules have started considering the actual gameplay and the mechanics used by certain players to gain an upper hand over other users using unconventional ways.

Earlier this week, Electronic Arts issued long term bans to a plethora of players, most of them for competitive breaches involving FIFA Global Series. “EA is committed to ensuring its players are competing in a safe and respectful environment as noted in the Electronic Arts Competitive Gaming (CGE) division Expectations for Inclusive Play,” read EA’s official statement. “Competitive players must meet the standard of conduct that is reflected in the EA SPORTS FIFA 22 Global Series Official Rules and Code of Conduct.”

Just like the ban issued in 2020 where popular FIFA eSports player Kurt0411 was permanently banned from FIFA and other EA games, EA has banned another pro player, CaNeL_10_FsV for hate speech against fellow FIFA pro player Cosmin. The violation has resulted in the player being disqualified from all EA SPORTS FIFA 22 Global Series competitions and any future events scheduled beyond this season with immediate effect.

Wtf ? I just found out what “Kleiner zigeuner” means, the racism should have no place across the world and FIFA, Hopefully you will be banned, I will send this to EA as well. https://t.co/efPjaTuySu pic.twitter.com/1fMl7a1mfK

Two more high-profile players have also received long term bans for allegedly match-fixing and predetermining the outcomes of some competitive games. FIFA Esports players SANCHEZISGOAT and MARTO_PETKOV14 have been banned for two years or 730 days. Both players have been suspended in response to their behaviour during the eFirst League competition. This penalty, for all three players, applies to global competitive eligibility, which includes all EA SPORTS FIFA Global Series events, qualifiers and associated events (including partner events).

Back in 2019, EA was cracking down on players with overpowered squads and trying to get rid of unbalanced team matchups via soft bans. While that wasn’t the biggest action taken by EA, it ultimately led to a bigger blanket ban in 2021 with the gaming giant banning over 30,000 players for “cheating” the system in Ultimate Team by exploiting a certain glitch. The ban paved way for the community to be on high alert regarding their online activity in and around their finances and matches. Fast forward to now and EA has issued a large-scale ban to numerous FGS competitive players for buying and selling items externally. 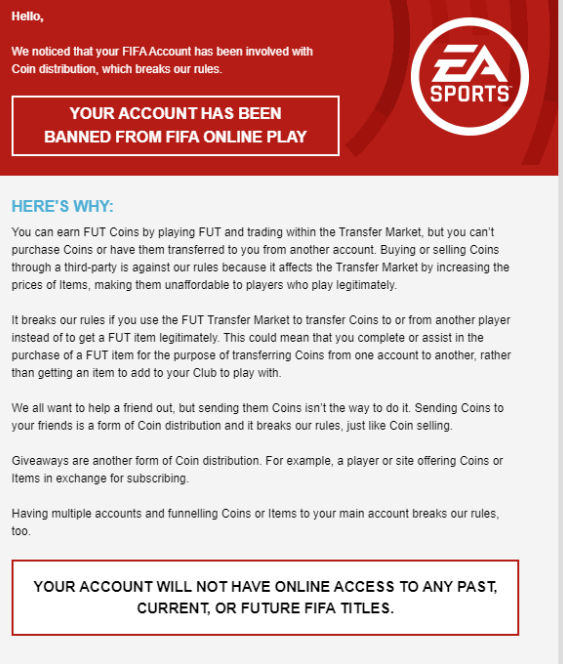 The official explanation reads, “Account behaviour was detected on FGS competitive player accounts that violated the EA SPORTS Terms of Service. An FGS competitive player is defined as a player who has provisionally qualified for an EA SPORTS FIFA Global Series qualifier or event. The players receiving this penalty were contacted by EA. Specifically speaking, the players were banned for “selling, buying, trading or otherwise transferring or offering to transfer an EA account, any personal access to EA services, or any EA content associated with an EA account, including EA virtual currency and other entitlements, either within an EA service or on a third-party website, or in connection with any out-of-game transaction, unless expressly authorized by EA”.

The shortlisted players have received a ban of one full year and the penalty applies to global competitive eligibility, which includes all EA SPORTS FIFA Global Series events, qualifiers and associated events (including partner events) during the period of suspension. While there are not a lot of stand-out names, the list has over 150 players that have received their year-long bans. The full list of players can be found on EA’s official statement on their website.

EA has also asked the FIFA community to strictly adhere to their competitive rules as well as their normal fair play rules. Users can report violations or suspected behaviour to EA following which suitable action can be taken. While this move is by no means small, it is interesting to speculate the direction of the player bans that EA may undertake moving forward.