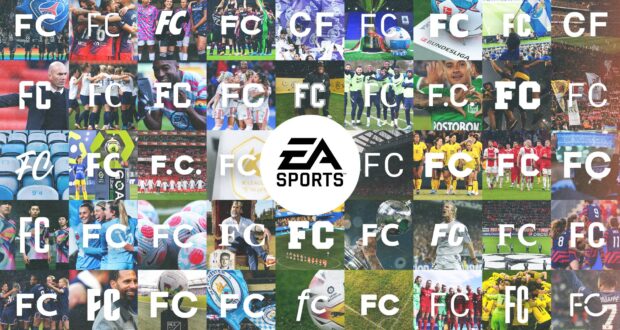 End of an era!

In a public statement released earlier today, Electronic Arts confirmed that starting next year the FIFA franchise will switch its name to EA Sports FC as it was already reported a few months ago.

The nearly 30 years partnership between FIFA and EA will come to an end on July 2023 and the game will be officially renamed EA Sports FC. FIFA 23 will be the last game in the franchise to display the name of the world football’s governing body.

“This new independent platform will bring fresh opportunity – to innovate, create and evolve. This is much more than just a change of symbol – as EA SPORTS, we’re committed to ensuring EA SPORTS FC is a symbol of change. We’re dedicated to meaningfully reinvesting in the sport, and we’re excited to work with a large and increasing number of partners to expand to new authentic experiences that bring joy, inclusivity and immersion to a global community of fans. I look forward to sharing more detail on these plans in the coming months.” said Cam Weber, EVP, Group GM EA SPORTS & Racing in the statement.

Electronic Arts CEO Andrew Wilson also added “our vision for EA SPORTS FC is to create the largest and most impactful football club in the world, at the epicenter of football fandom,”.

In the announcement EA promised that last FIFA will be the “best ever, with more features, game modes, World Cup content, clubs, leagues, competitions, and players than any FIFA title before”.

In terms of licenses EA SPORTS FC will not loose anything and will continue to feature more than 19,000+ players, 700+ teams, 100+ stadiums and 30 leagues. Exclusive partners such as Premier League, La Liga, Bundesliga, Serie A, MLS, UEFA and CONMEBOL confirmed their presence in the new football gaming franchise and clubs such as .

Moreover Nike Football will join EA in their new venture confirming their partnership on social media. Eternal rivals Adidas have been a close partner of the FIFA franchise for over a decade now.

We’re proud to be partnering with #EASPORTSFC to expand the future of the beautiful game. More to come July 2023. You ready? pic.twitter.com/CFIfWzFUHh

The announcement trailer also confirmed the presence of women football clubs in the game with PSG, Liverpool, Olympique de Lyon and Manchester City women’s teams featuring in the trailer.

In Tuesday’s statement, Weber said that EA Sports FC will be a continuation of everything players have come to expect from EA Sports’ FIFA series on PlayStation, Xbox, and PC. “Everything you love about our games will be part of EA SPORTS FC – the same great experiences, modes, leagues, tournaments, clubs and athletes will be there. Ultimate Team, Career Mode, Pro Clubs and VOLTA Football will all be there.”

More details on the new franchise will be revealed in the Summer of 2023. 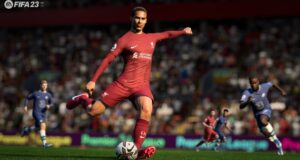 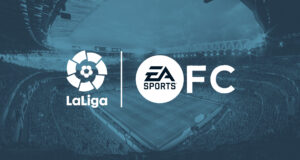