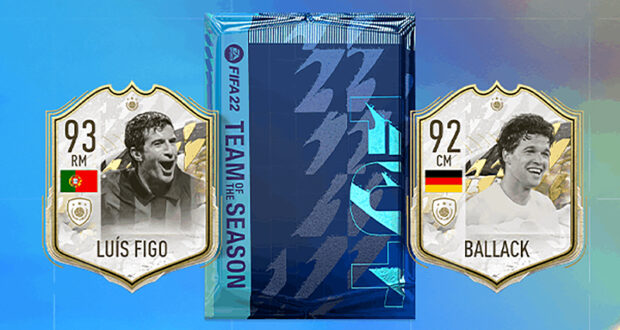 Following the release of the Premier League TOTS, EA Sports announced the return of Swaps in FIFA 22 Ultimate Team for the TOTS promo.

Throughout the campaign, two TOTS-themed Swap programs will be available in FUT 22 that will allow players to earn tokens and exchange them for some neat in-game rewards.

These tokens will mostly be made available across various Squad Building Challenges and Objectives, with one being offered in a pack in the FUT Store during the TOTS campaign. 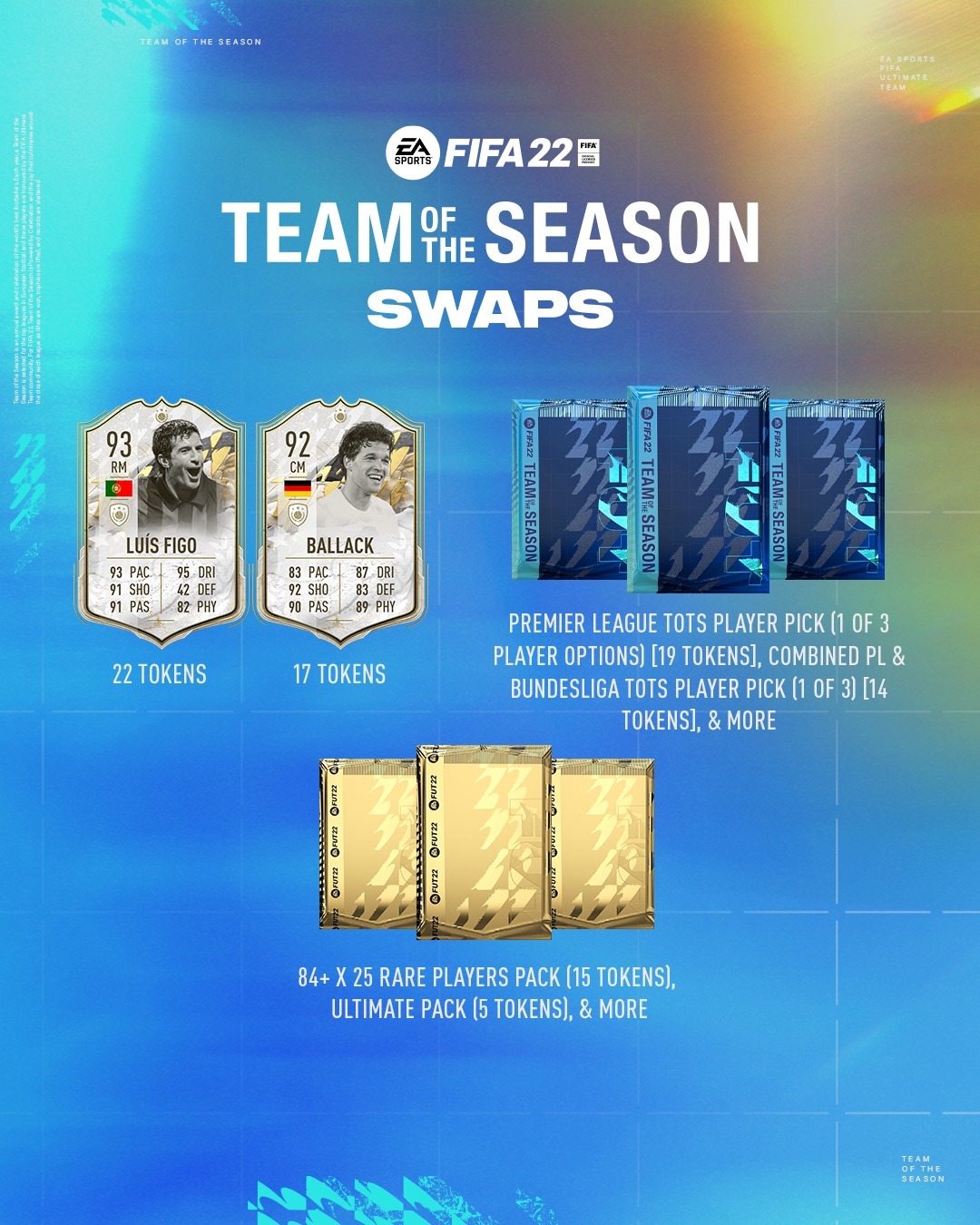 There will be a total of 25 TOTS Swaps tokens in-game for the first program.

The first token is already available and players can redeem it by simply logging in to FUT between May 6th and May 27th.

You can redeem the tokens you’ve earned for the following untradeable rewards from May 20th until May 27th:

The second TOTS Swaps program will kick off on May 27th.