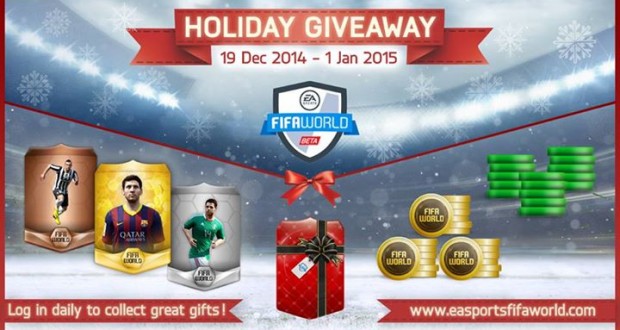 Update 9.3 was released this week in FIFA World with the next improvements made:

If the auto-update didn’t start when you opened Origin, right-click on the game cover and select Check for Update.

It’s Holiday season in FIFA World aswell! From December 19th 2014 to January 1st 2015 you will receive gifts by logging in daily to FIFA World.

TOTW 12 is now live in packs featuring the next IN-form players:

Starting tomorrow, FIFA World will feature tons of new tournaments and accomplishments dedicated to the Barclays Premier League! So be prepared and have your BPL squads ready!

Thank you very much for checking this news post! See you as usual next week!