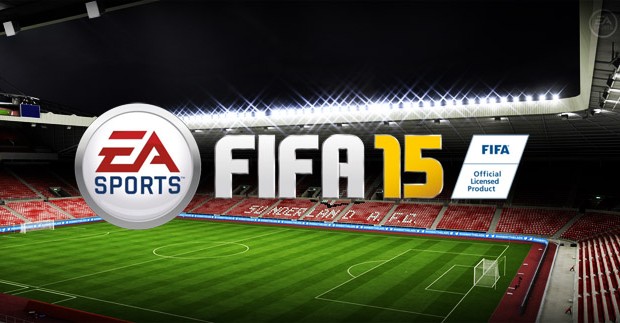 On Wednesday, December 17th, Ultimate Team 15 went offline for a scheduled maintenance of three hours but soon enough those three hours were extended to many more making the FUT downtime to almost 12 hours. There have been no official statements on why the maintenance had to be extended or what the EA dev team fixed during that maintenance.  We contacted EA Sports regarding this and all we’ve got in return was that the changes made during maintenance were internal and they weren’t allowed to make them public yet. There have been reports however of a ban sweep on the PC platform where many FIFA 15 players had their accounts terminated for various reasons.

FUTmas kicked off yesterday and until January 2nd 2015 there will be daily web app gifts, special packs in the store, new exclusive tournaments and other surprises like the free untradable gold pack that all players received yesterday on the first day of this event. Also don’t forget about the #15DaysofFIFA promotion where you can win various gifts by simply following EA Sports FIFA on Facebook, Twitter and Instagram.

IF Benatia and IF Cazorla lead the new TOTW:

These in-form players will be available in pack from 17th December 6:00PM – 5:30PM 24th December. You can view the team in the Web App  or more detailed at FUTHead or FUTWiz.

If you head up to the Tournaments section of FUT you’ll see a new tournament available called “The World’s Yours” :

The World’s Yours
Squad Requirements: All players must be from the same team
Tournament Rewards: 2000 coins (OFFLINE) – 4000 coins (ONLINE)
Offline Difficulty: Professional

FIFA 15 cover star, Eden Hazard, was invited by EA Sports this week to pick his best FIFA 15 Ultimate Team Legends XI. Who made it in the final XI? Find out bellow:

Xbox players can challenge Hazard’s Legends team and enter in a sweepstake to win one of the following prizes:

The Ultimate Team 15 PlayStation market is at it again, after the Falcao, Negredo and Remy cards at their previous clubs another strange card popped up on the market, an early version of TOTY Messi!! The card is 98 rated with the player’s position set as Central Mid which is pretty unusual for Messi. There is also a clip recorded by an user showing that the card exists and you can watch it down bellow:
Is this another compensation error, a glitch or a new hack? Tell us what you think in the comments.

Don’t miss these FIFA 15 articles and guides that we’ve found on the web this week:

–3 Annoying FIFA 15 Elements That Need to Be Improved

Atletico Madrid and Athletic Bilbao players challenged themselves in the FIFA 15 Pro Players Tournament last week and we’ve got the clips to show you how the tournaments turned out:


And here are the Best Goals Of The Week #7 with some sick goals from Gundogan and Aguero:

See you next week with another FIFA 15 news post!