Today we present you more news from the FIFA 11 on PC!Gamescom is running up in Cologne,Germany and many stuffs have been gathered there by the many fans of FIFA 11!

The demo for FIFA 11 on PC will be released on 16th of September,like we said in our last post!And the full game will be on the market on 30th of September for the whole world!

Here we’ve got a preview of the FIFA 11 PC gameplay from the Gamescom:

An official video will come out soon as EA releases it!

Finally we got some covers of the FIFA 11 game from different parts of the planet:

That’s it for now!EA should release soon official gameplay videos for the PC version!

So until then cheers lads and see you soon here at FIFA Infinity.com for more FIFA 11 news. 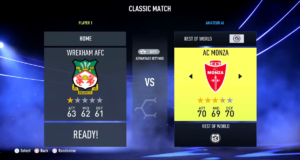