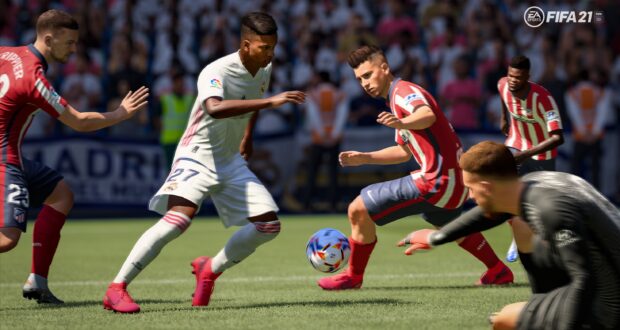 Building a strong team that is capable of only dominating the opponent and winning titles ordinarily in a grand style is just the dream, but being among the best in the history of the game has always been the desire of any modern-day coach!

Although, they might not openly disclose their sacrilege or their end desire, their wants and needs have always been pushing towards their recognition as an elite coach in the history of the game after they are gone or retire from the active footballing or sporting activities entirely.

Even, one of the greatest manager in the game, Sir Alex Ferguson didn’t quite get it right at the beginning in the Old Trafford dugout but his 27 years at the helm of dictating the Red Devil’s tram’s game play ensure that he’ll be retiring as the greatest English club manager due to his achievement on and off the field and how well he bid his time to transform the average Manchester United club to an elite one with his winning mentality and managerial intellects. 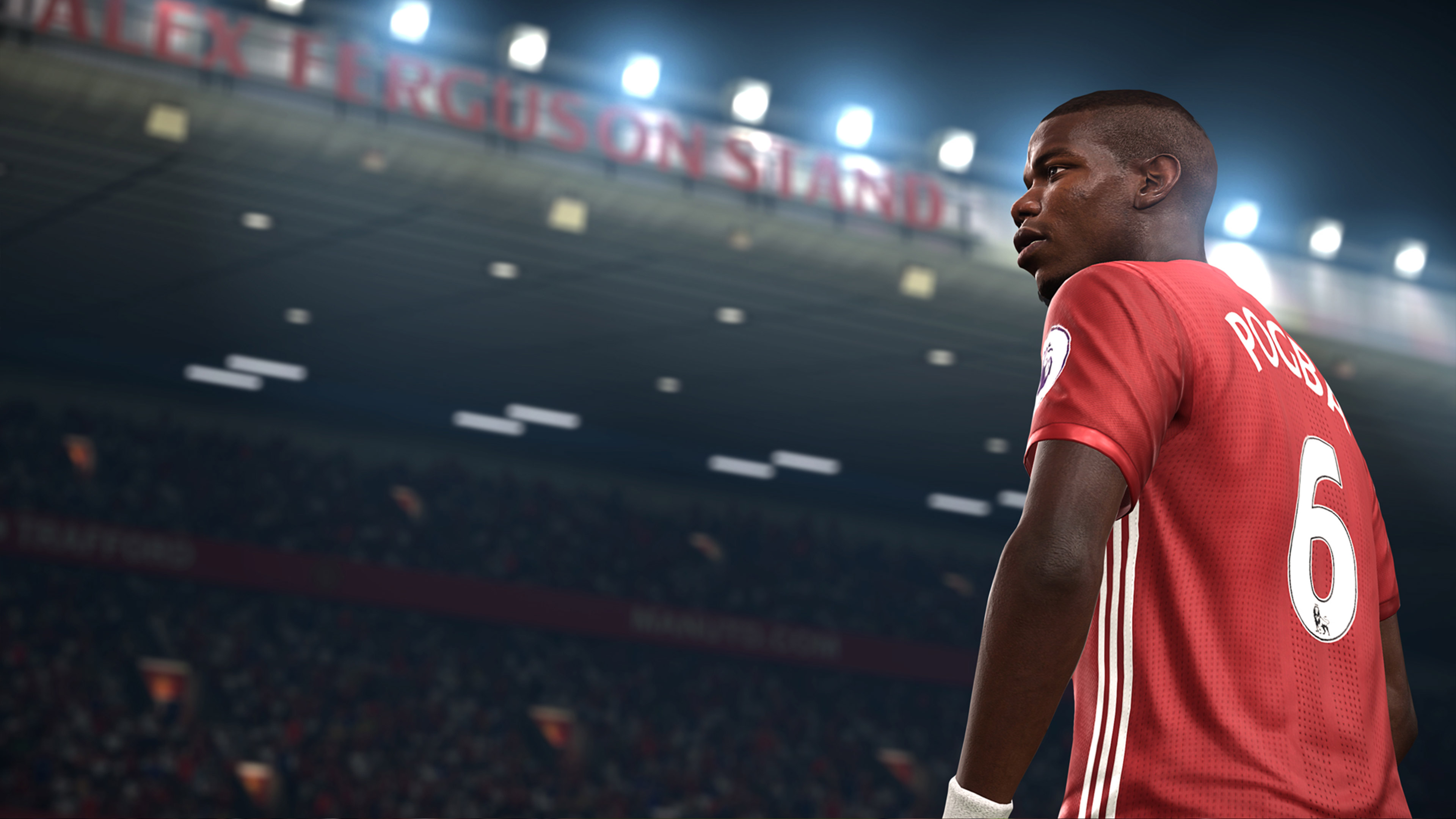 However, the dream of managing a team does not confine to the active and professional managers alone, thus, the majority of the lover of the game always had it in their mind to one day coach a team even if they do not possess a license to do so.

Even, as a fan, it is imperative as to which manner they can go to explore tactical breakdown, team guide, form analysis and every little detail that their darling team’s manager will equally be looking at to ensure that their team emerges victorious at the end of each match.

However, despite the willingness and urge of sports fans to be a manager, their inability due to their lack of experience and legal outfit (no license) to build their career in the game – but all these willingness and duly managerial semblance have moved the intent of these fans into the virtual manager, thus, providing their fanatic should and mind as a manager in the end.

No so many had it easy with the virtual manager success, while some people have given up on such success and some are relishing their talent despite the difficulty that comes their way. However, some hated this mode, while some love it, but often than not, the managers that love this mode take it as a fascinating gesture as a means to horn their talents.

Moreover, to those that found the virtual manager to be difficult and endearing, it’s however, boils down to how the squad rating work and what each manager can do with their starting berths and bench – while this article is meant to proffer a guide on how each manager could easily develop a managerial squad masterpiece that can conquer any opponent on FIFA 21.

The Basis of Managerial Masterpieces

Making a managerial masterpiece on FIFA 21 is not just about bringing some player to ensure the manager’s dream but a medium of putting a functional system within a confined budget transfer with a decent approach in the game.

The FIFA 21 managerial masterpiece is just about putting the team together – it is rather about following a set rule, standard and master plan to be the best manager in the game.

However, the first rule of the FIFA managerial masterpiece is that all manager’s team should consist of an average ratings of 77 while having gold card right from the starting berth through the bench to move the rating through the floor.

More again, the team shouldn’t have more than three silver card players (a player that doesn’t have less than 65 ratings).

Furthermore, advancing to pure greatness in FIFA 21 managerial instances is not just about putting anyone on the game plan and be expecting result because the game is not just about maximum chemistry where the manager can play his player out of position for no chemistry cost. 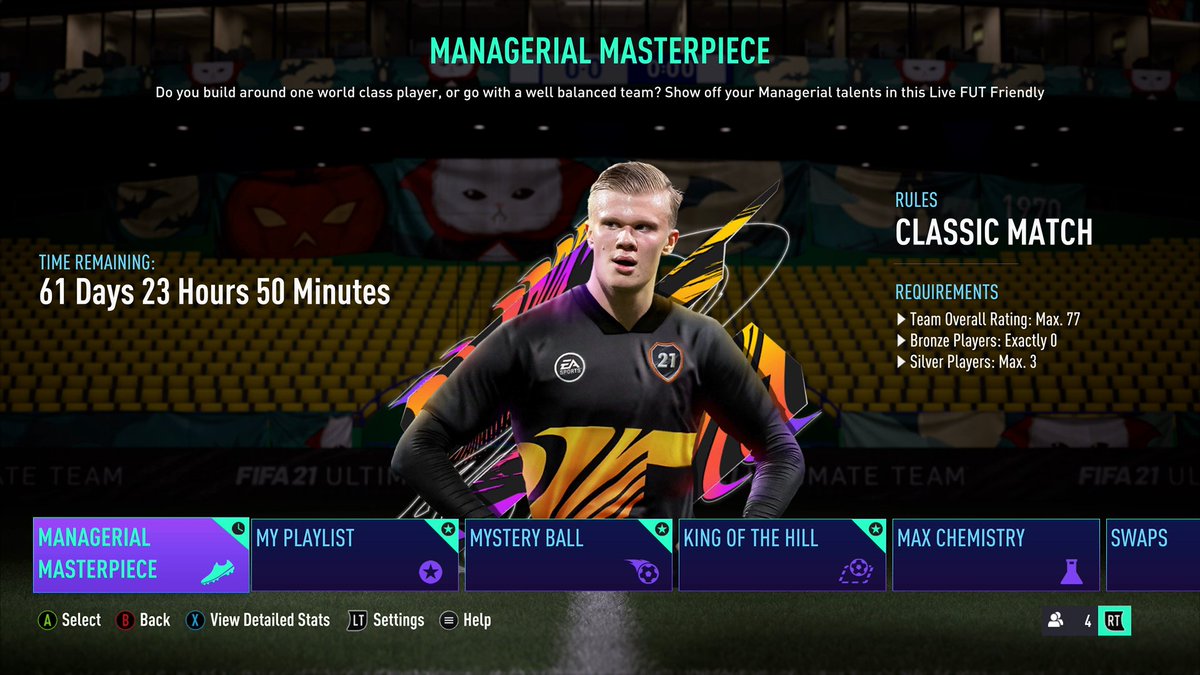 The squad needs to be constructed with the usual rules of chemistry like in real life game and not just about the virtual meaning of the game to promote the chemistry in imagination.

Moreover, the game is quiet direct due to the fact that the game’s objective is built to play with the squad consisting of the majority of players from a chosen league.

More so, the objectives are the factor to managerial masterpieces to which the manager can easily observe and detect the available player in milestones and thereby can earn them throughout the cycle, while the time limited ones are drubbing to acquire. Although, the multiple objectives for a particular player always or almost overlap.

In fact, on the basis FIFA 21 managerial masterpieces, building an exquisite squad requires tenderness in thought that the manager must flow with. Example, the manager must have it in mind that his team should have one of the lowest rated gold cards fullbacks with highest pace and techniques, while he possess a team with a really strong midfield, with over 75 rated goalkeeper and the manager should never blow his ratings on one highly rated player to maintain his team balance and standard.

Moreover, having such framework will put any manager to build a team’s masterpiece that is confine within any objective requirement. But the manager should not hesitate to spend coins on expensive, low-rated special cards, because it’s almost certain that the manager will recoup more coin after the player have been sold despite making use of them judiciously.

Building a masterpiece squad is a very long walk due to the distance of persistency and result orienting catalog that each manager would eventually want to thread on. However, the simplicity of making such glamorous squad is beyond wow, provided all the thesis of the managerial masterpieces basis is followed cautiously. 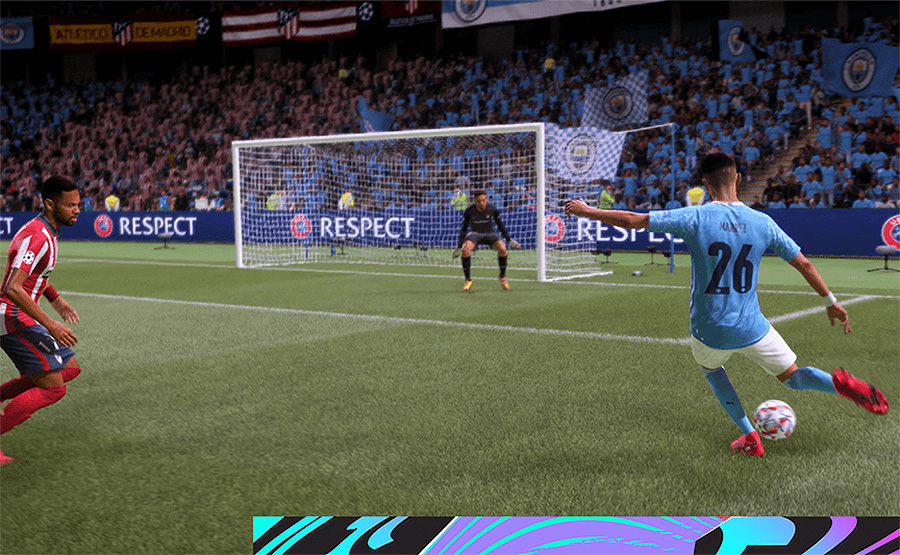 While the player on each team vary depending on their objectives and the aim of the manager, the team map and standard can be consistent. But the squad itself must adhere to some formula that can give a stride for the manager in the game. Thus, the following are the simple managerial masterpiece squad rule.

On starting of each match that’s need the attention of the manager, the rating is quite important as to which it aids the overall objectives of the manager in the end. Although, the manager definitely have his team to choose and throwing in the over 80 rating could easily create some lapses in the team which in turn causes some imbalance in the squad. But maintain over 75 average rating in the starting line-up while each space is perfectly covered and the necessary player objectives will give rise to a strong squad. 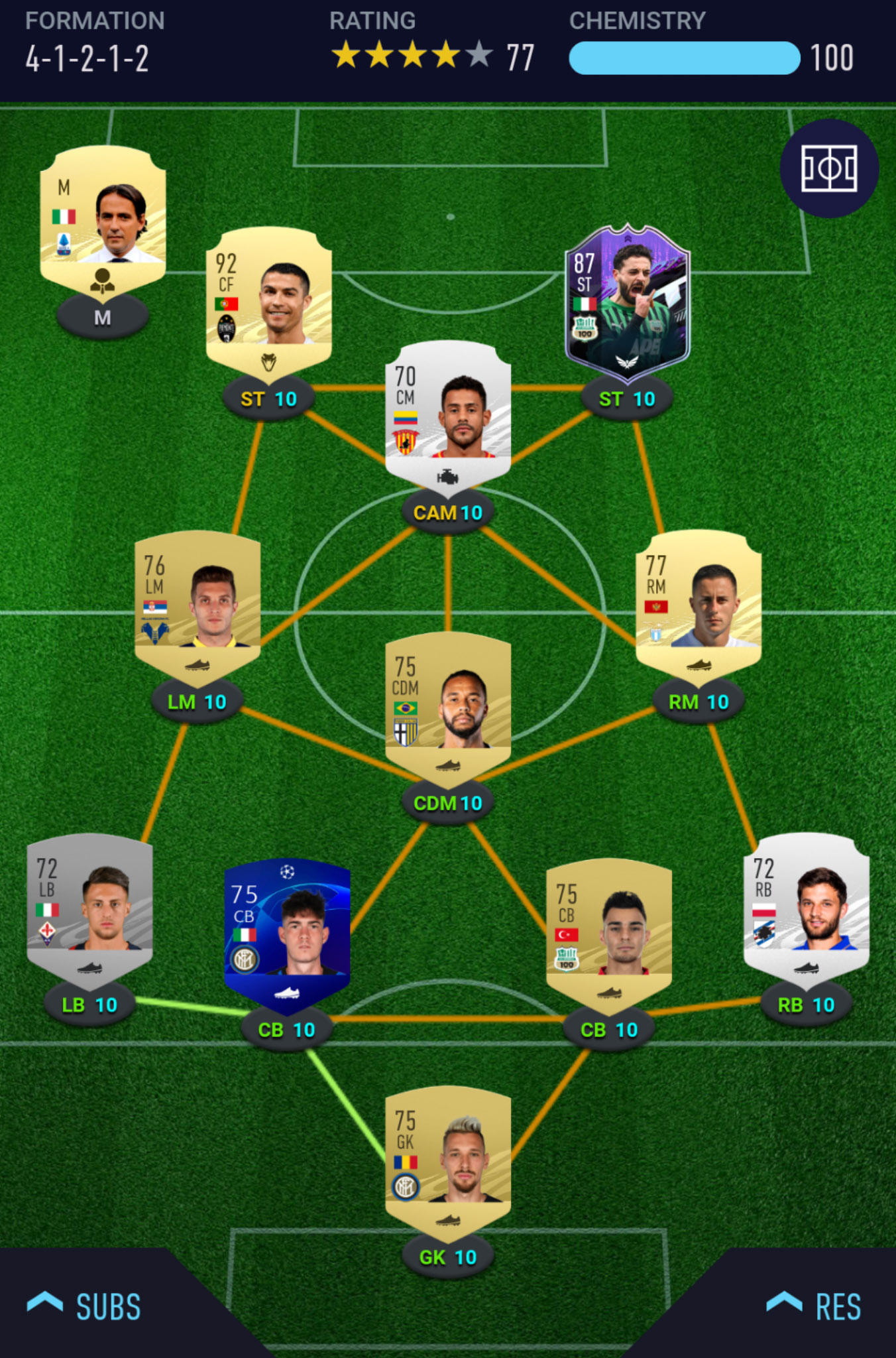 In fact, the more players and ratings the manager have at 77 or over, the tedious it gets to keep the rating at 77, while we get bonus or added rating for every player 77 or more and this could hinder the process when the manager wish to get the ratings down the line – thus, the manager can use as many 75 and 76 rated players as possible, because these player are perfect factor to building out the rest of the squad, but the starting eleven should look like below thesis!

Having the bench occupy is somewhat important to complete the set up, and the bench is tenacious grace that give a credible stake in any match or as the game progress. How the manager set-up and uses the bench is very instrumental. 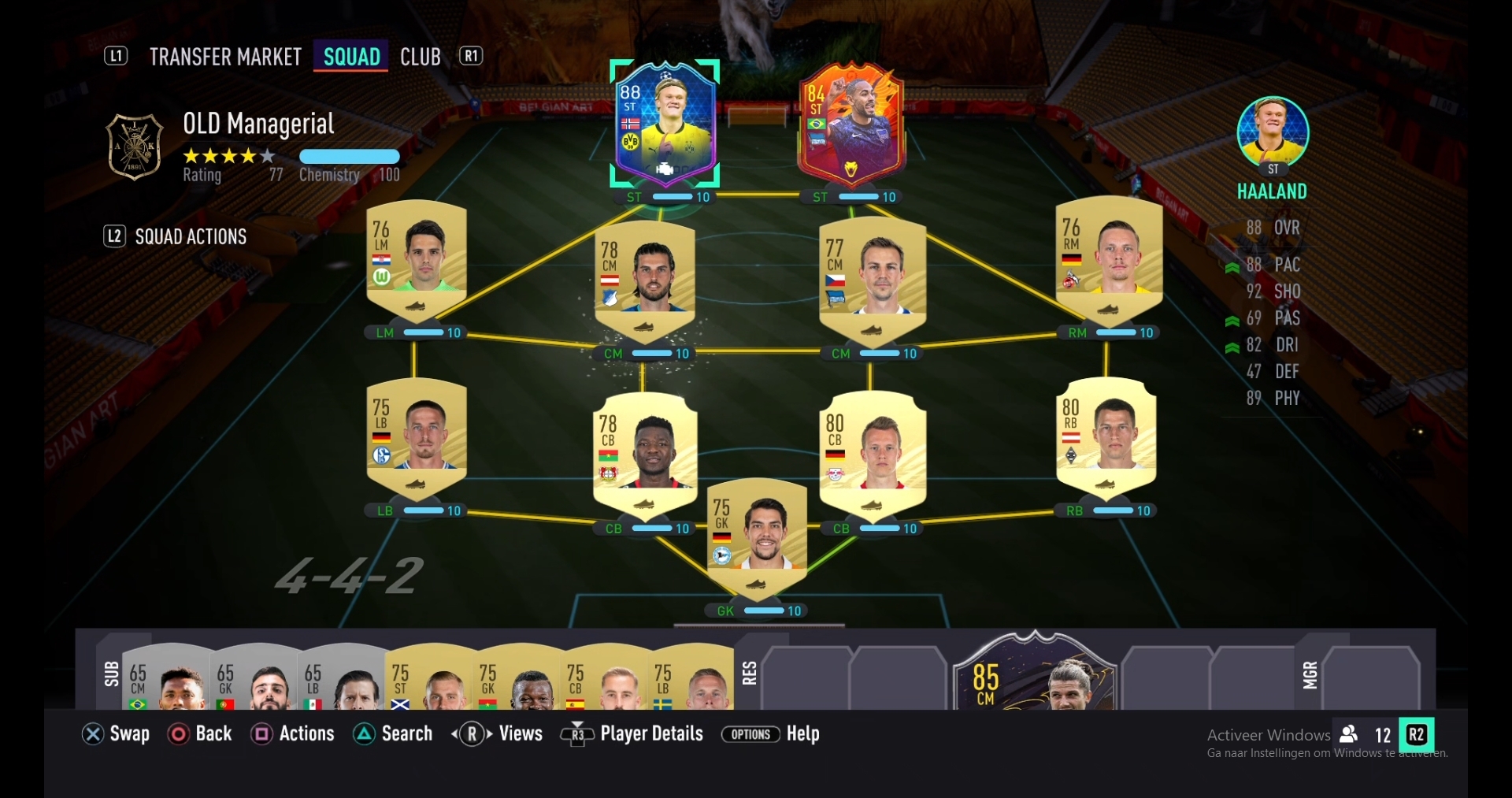 But a thing to remember is how the bench on the go affect the team rating and the manager should keep in that that the “bonus” for the over 77 rating matters the most for the half of the bench and this is unaided advantage from the EA sport – where a manager can decide to start 75-rated player, while keeping over 80 on the bench and vice versa as but how the player get their chemistry in the end doesn’t really make much of a difference. But the bench should often looks like;

As a manager, there should be no expensive shadow and hunter style crowded on a particular player, but having such a catalytic factor’s player that can boost the pace and passing of the team is very essential but a team with catalyst on all outfield player cost 2000coins or less. But in all, using such tremendous factor to boost the team awareness and game spirit is worth the cost for the chemistry.

The tactical approach to all game as the season unfold is quite imperative to the bone of how a manager understand his team.

But in all, as a good manager, the team overall tactics should depend on balancing the team, right from attack to the defense and finding a way to make an attacking transition from defense while keeping the opponent at bay in their own area when the team switch to defense.

In fact, it can’t be simpler than sticking to the custom tactics mode. However, below are what the custom approach looks like

Now take all these tips onto the pitch and fulfill all those Objectives in FIFA 21 Ultimate Team.