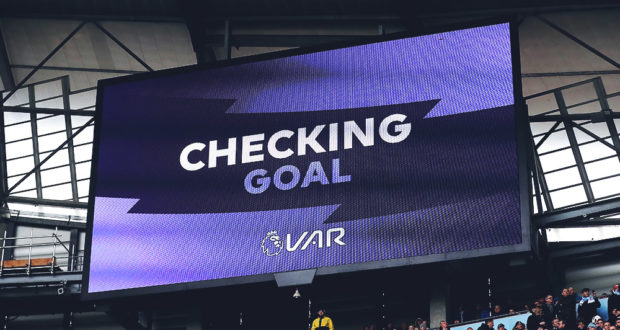 We’re past the halfway stage of the season in the majority of the world’s major soccer leagues, and so it will soon be time to say goodbye to FIFA 20 – even though it feels like we’re still only just getting to know the game. Some of you have loved it, some of you have hated it, and some of you were in between – although admittedly not many of you. This has been a version of FIFA that polarized people perhaps more than any other than came before it.

With FIFA 20 heading for its swansong in the not-too-distant future, EA will currently be busy at work on FIFA 21. The framework of the game is likely to be complete already, and all of us will have our own ideas of what we want and don’t want to see in the new game. There’s a feature that we imagine will be on the ‘must include’ list of many of you, and also on the ‘not under any circumstances’ list of just as many. That’s the use of Video Assistant Referees. VAR has been a huge issue in soccer’s top divisions this year (for better or for worse), and as the FIFA series is supposed to be an accurate and authentic representation of what happens on the pitch, that should mean that we get VAR in FIFA 21.

‘Should’ doesn’t mean ‘will,’ though, and there’s actually a compelling argument for not including it at all. In fact, there are two, and the first is that it’s a very unstable system at the moment. You can no more predict the outcome of a VAR decision than you can predict the outcome of a spin on a slots game, which, if you know anything about site for slots, you’ll already know is impossible. EA is no stranger to the concept of online slots – they’ve been accused of replicating them with the inclusion of loot boxes in the past – but we doubt they feel like there’s a compelling reason to include a second form of gambling in their next game. If the decisions made by VAR can’t be predicted (or, in many cases, understood) by people at the highest level of the real sport, how can they be programmed into a video game?

The second reason there’s no compelling need for VAR in FIFA 21 is because, as has been pointed out by EA’s Matt Prior, the game doesn’t need it. FIFA 21 is a video game. Nothing that happens to it is open to interpretation. The computer knows whether or not a goal should be awarded the moment the ball hits the back of the net. It knows whether or not a foul has been committed due to collision detection, and it knows whether or not a player is offside because it knows the precise position of every single player on the virtual pitch during every second of the game. The services of VAR would never need to be called upon in FIFA 21 because there would never be any doubt about whether an incident has happened or not, or whether a goal ought to be given. 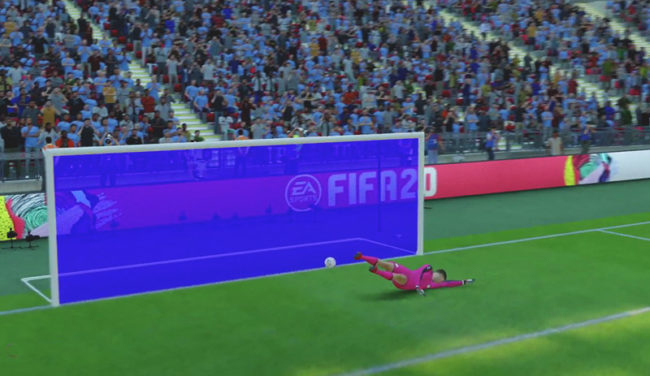 Even if we accept the above as true, though, that doesn’t necessarily mean that we should ignore the fact that VAR exists. Even though many fans despise the system, it’s been one of the biggest talking points in all of football for much of the past twelve months. It felt new and innovative when it was introduced at the 2018 World Cup, and there can be no denying that in at least a few cases, it’s resulted in correct decisions being applied in situations where bad mistakes would have been made without it. Given the amount of press coverage that VAR has received this season, its absence in FIFA 21 would be somewhat conspicuous. We’re not programmers, so we don’t know how difficult it would be to program a deliberately-inconsistent or flawed decision validation system into the game, but we assume that such a thing must be possible.

Speculation aside, what are the chances of us actually seeing VAR in the next game? At the moment, that’s a very difficult question to answer. We haven’t reached the point in the year yet where EA begins to give out details of new features or advancements in the game’s next installment. There’s a fairly up to date record of confirmed news about FIFA 2021 over at TechRadar, and it doesn’t make any mention of VAR. If the decision review system is going to be introduced, it’s currently a closely guarded secret. It’s also possible that EA is waiting to see what Konami does with their next version of PES. If VAR is included in PES 2021, it’s inevitable that it will also be included in FIFA 21. Likewise, if EA decides to include VAR in FIFA 21, it’s inevitable that it will also appear in PES 2021. There’s no way that either company would want to allow the other to steal a march on them with the inclusion of a feature this big, and that makes it likely that both of them will include VAR purely because they’re worried that the other will if they don’t.

Just as VAR is a divisive issue in real life, we expect that it will be a divisive issue in FIFA. Many of you will be unhappy with the way that VAR has ‘ruined’ the way the game is played in real life, and so the last thing you’ll want is for your virtual soccer experience to be ruined the same way, and by the same system! We don’t think you’ll have to worry about that, though. If VAR is included at all, we suspect that it will be possible to switch it off and ignore it if you don’t like it – just as you can with the offside rule, and any other law of the game that gets in the way of your fun.

What’s your take on all this? Do you want to see VAR in FIFA 21, or would you rather it was ignored? Let us know in the comments!