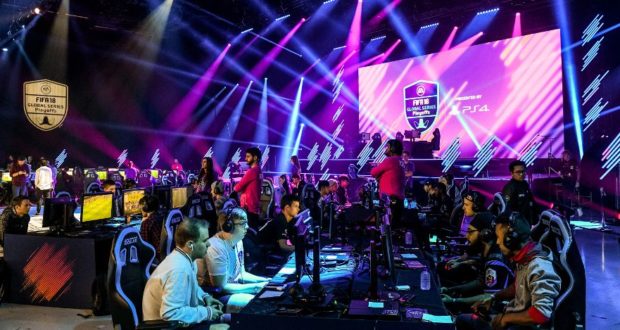 FIFA 21 Esports Events You Should Look Out For

Another season of football. Another edition of FIFA. FIFA 21 is set to hit stores on 9th October 2020 (6th on Early Access) and with less than a month to go for the full reveal, now might be the perfect time to try and guess how the Esports scene will look like this year. We will take a look at some major FIFA Esports events and some marquee players that you need to keep an eye out for.

First, let’s list out the various Esports competitions we will be witnessing this year with FIFA 21:

FUT Champions Cup, affectionately called FUT Champs is the yearly mega event for every FIFA title and one of the biggest attractions to the FUT game mode. The event is open to every player who owns a copy of FIFA and plays FUT. Players play numerous tournaments to collect FUT Champ points and can register at the official website after collecting 2000 points, provided they are at least 16 years old. Once registered, the players have to be FUT Champs verified and they can achieve that by racking up wins in the Weekend League.

An amount of 27 wins in a single Weekend League Event is enough for verification, which makes you eligible for Global Series Rankings and their points. That is when the players start getting invited for online qualifiers and the best of the bunch make it to the next tournament, FIFA Global Series. Expect the Champions Cup to begin near the end of November 2020.

The next step in the FIFA Esports scene, FGS is the name given to the entire journey that players have to take from the Champions Cup to the FIFA eWorld Cup. The Series runs from November to April every year and, unless there are any delays this year, will follow the same schedule. There are various competitions that fall under the Global Series, mainly the Champions Cup.

Other events that we will see this year are eNations Cup, ePremier League, eMLS and the La Liga eSports Championship. All the tournaments qualify for FGS as they award Global Series Ranking points for all participants depending on the position they finish in. These points count for the final rankings which will let players qualify for the eWorld Cup. Except the Series to run as per schedule.

The final frontier of the Esports journey, this is the competition all players dream of. FeWC is the final tournament that only the top 32 FGS ranked can play in, split evenly between Xbox and PlayStation players. The tournament follows the same format as the real-life FIFA World Cup and is the most prestigious cup in FIFA Esports. It is usually the last competition to take place in the calendar year.

Finally, let us take a look at the hot favourites who we feel can win it this year:

F2TekKz is probably the hottest property in FIFA Esports right now. Hunt finished at #1 in the FIFA 19 Xbox Global Rankings with 13,265 points, beating Msdossary with twice the amount. He most recently competed in the FUT Champions Cup Stage IV at Paris, finishing 3rd.

Msdossary already holds legendary status in the FIFA community ever since the FIFA 16 days. He finished 2nd in the FUT Champions Cup Stage IV at Paris and was the best Xbox player in the world, until Hunt burst into the scene.

The newest entrant in the Elite players category, Olle has been quickly climbing through the ranks and 2020 was his breakout year.  He won the FUT Champions Cup Stage 3 at Atalanta and most recently won the Summer Cup-Europe.

We hope this helped you refresh your memory and help you prepare for FIFA 21 and the competitions you can jump right into. Let us know which event you are the most excited for down in the comments!