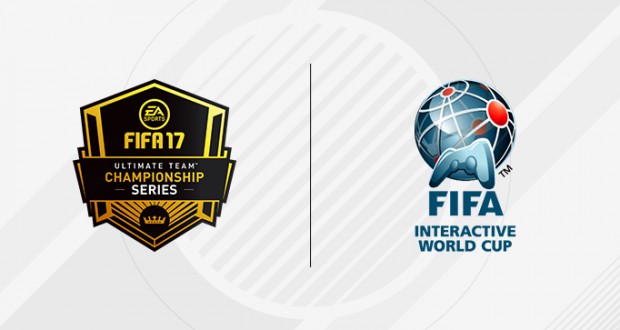 How to qualify for the 2017 FIWC London Final

Here is everything you need to know about the Road to London including the Ultimate Team™ Championship Series, FIWC Regional Finals and how to ultimately qualify for the FIFA Interactive World Cup 2017 Grand Final in London. Before you are eligible to compete, and in order for us to be able to contact you to claim your prize, you must be registered. All you need is a valid EA Account to complete this Tournament Registration Form.

Qualification for the Ultimate Team™ Championship Series (UTC Series) is divided into three geographical regions: Europe, Americas and Rest of World. A list of the countries included in each region can be found in the OFFICIAL RULES.

The UTC Series will be played in two divisions: the Xbox One Division and the PlayStation 4 Division.

There will be two one month qualification seasons for the UTC Series. Rankings on the Monthly Leaderboards during qualifying months may award berths to the Regional Finals live events.

Since there are two seasons and three geographical regions that means there will be a total of six Regional Finals.

The Season 2 Regional Final live event locations and dates will be confirmed soon.

In addition to awarding you with travel and accommodation to the event that you may qualify for, each Regional Finals live event will award the following monetary prizes for both Xbox One and PlayStation 4 Divisions:

Qualification to the Ultimate Team Championship is based on performance at the Regional Finals. Qualification for the final event are structured as follows:

The Ultimate Team Championship Final will take place in May 2017. We will have more details soon.

In addition to awarding you with travel and accommodation to the Ultimate Team Championship, you will compete for a piece of a larger prize pool.

The Championship Live Event Prizes are distributed to the winners based on their finishing position at the tournament (Total Prize: US$400,000)

The top 4 eligible players from each Division (Xbox One and PlayStation 4) will also be invited to compete in the FIFA Interactive World Cup 2017 (FIWC17) Grand Final in London, sponsored by FIFA. Represent your nation and bring the trophy home.

Players who do not qualify for the FIWC Grand Final through the UTCS will have another opportunity to qualify via a third online season, sponsored by FIFA. This season will be available in-game from February 2017 to April 2017. Qualifiers will receive an invitation to one of three FIWC Regional Qualifiers.

Depending on a Player’s performance at the Regional Qualifiers they will complete the Road to London and qualify for the FIWC17 Grand Final.

In summary, the Road to London describes various ways throughout the year to qualify for the World Championship, the FIFA Interactive World Cup Grand Final in London. Qualification to the Grand Final is based on your performance both online and at live events and is structured as follows:

After almost an entire year of qualification the top 32 eligible players from around the world will come together in London to play for the title of the FIFA Interactive World Cup Champion and a cash prize of US$200,000. Second place receives US$100,000.

*Qualification for the EA SPORTS FIFA 17 Ultimate Team™ Championship Series and the FIFA Interactive World Cup is only available to eligible players on Xbox One and PlayStation 4. No other platforms and consoles are supported for qualification. Residence in eligible countries required. Final terms and structure subject to change. See OFFICIAL RULES for details.