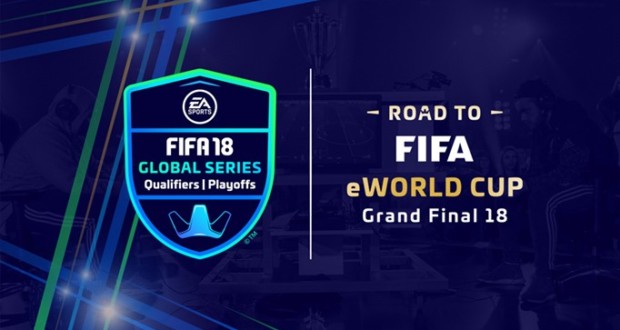 FIFA just announced that FIFA Interactive World Cup has changed its format and name in FIFA eWorld Cup which will be powered by EA Sports.

FIFA 18 is cultivating great competition with millions around the world playing since launch. Today, the competition expands worldwide with the announcement of the Global Series on The Road to the FIFA eWorld Cup 2018, a landmark competition that will bring the excitement of the world’s game to millions of competitors and spectators.

Starting November 3, this enhanced global ecosystem features more competitors and more tournaments than ever before, and will culminate with the first ever FIFA eWorld Cup 2018 Grand Final — the pinnacle of the EA SPORTS FIFA 18 Global Series. The winner will be crowned the undisputed world champion next August.

The EA SPORTS FIFA 18 Global Series increases the ways in which competitors of all levels can participate both online and in world-class live events making competition more accessible to both play and watch. 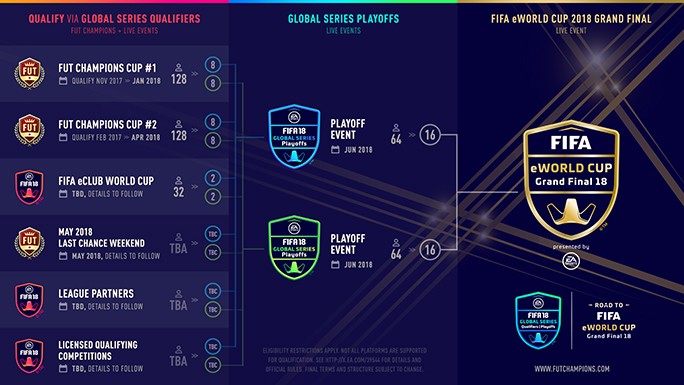 The journey continues in the next stage of competition as the top 128 players in the world will advance to two blockbuster Playoff Events. At the playoffs’ conclusion, the millions that started their journey on November 3 will be down to 32 as the finalists compete at the FIFA eWorld Cup 2018 Grand Final in August. The winner of the FIFA eWorld Cup 2018 Grand Final will be crowned the undisputed FIFA 18 World Champion.

FUT Champions Cups are live events featuring 128 players, split evenly between Xbox One and PlayStation 4 Divisions. The top eight competitors from each platform will qualify for the EA SPORTS FIFA 18 Global Series Playoffs. We’ll be diving deeper into details later in the year with key early details included below:

Qualification Information
The globally popular and fun FUT Champions competitive mode returns in EA SPORTS FIFA 18. FUT Champions Weekend League are key to advancing through the ecosystem as players compete in 40 games each weekend, with their total monthly wins and earned skill points placing them on the global leaderboards. Top eligible players on the Global FUT Champions leaderboard will receive an invitation to the FUT Champions Cups.

FIFA eClub World Cup
An all-star tournament pitting world-class EA SPORTS FIFA 18 competitors signed to pro teams against one another. The format of this tournament is also ideal for fans that like to make eSports bettings on their favorite pro players.

Official League Partner Qualifying Competitions
Players have the opportunity to represent their favorite real-life club through official league competitions that will be announced soon. Winners of these events may qualify for the EA SPORTS FIFA 18 Global Series Playoffs.

The FIFA 18 Global Series is an evolution of last year’s competition, with more games, more players and an all new tournament format.