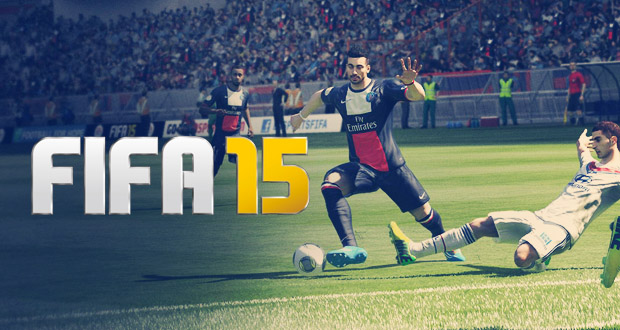 It’s time for a new FIFA 15 news roundup post where we bring you all the latest news on the upcoming FIFA game!

First thing up is this new gameplay trailer released by EA Sports a few days ago called “Incredible Visuals” that features all the realistic improvements to the stadiums, pitch and players:

From the trailer we can see new/updated faces for Neymar, Gonzalo Higuain, Lionel Messi, Eden Hazard, Clint Dempsey, Mesut Özil, Fernandinho, Arturo Vidal, Xherdan Shaqiri, Simon Mignolet and Morgan Schneiderlin! Beside these faces there are also good chances to see the whole South Korean national team with custom faces in FIFA 15 because the mmo game FIFA Online 3 released an update containing new faces for all 23 players of the South Korean national team that participated in the final phase of the 2014 World Cup. You can view in-game screens with the new South Korean faces bellow:

We managed to find six new FIFA 15 screens and you can view them all down bellow:

We also managed to get our hands on multiple early examples of the future FIFA 15 UI:

These images were shared by Michael Cheal on his behance profile, he is the same graphic designer who designed the FIFA 14 Next Gen UI and the FUT 14 World Cup Menu!

Thanks to the clip above we know that Peter Schmeichel and Carlos Valderrama will join Zidane and Beckham in the FUT 15 Legends team. In the video Pierluigi Pardo says “…he holds the record for the most appearances with the Danish national team, 129 from 1987 to 2001”  which results Peter Schmeichel and “…he was nicknamed as the blonde Gullit“  which clearly refers to Carlos Valderrama.

Since we are on the FUT Legends topic we need to announce that the Xbox FUT Legends exclusivity will go on for another year! This was confirmed by an EA spokesman that said:

“We’re not talking about FUT 15 just yet but yes, Legends will continue to be only on Xbox platforms”

More FIFA 15 related articles can be found on the web now and bellow you have the best of this week:

Last thing we have for you is this great video interview of FIFA senior producer, Nick Channon, that also features almost 9 minutes of raw FIFA 15 gameplay footage:

That’s it lads, thanks for checking up this FIFA 15 news post. See you next time!