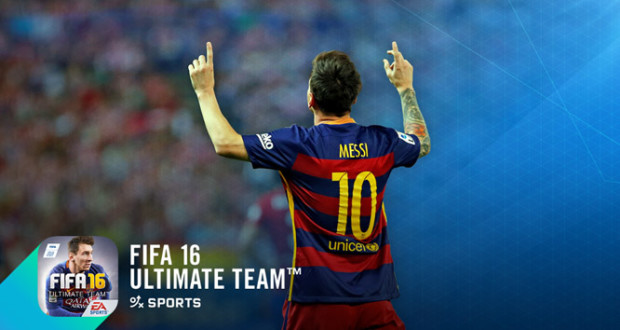 There have been a couple of updates released by EA Sports earlier this month regarding the FUT mobile game that need to be brought to the attention of all mobile players.

First of all there are two FUT mobile games available for download this year, one is FIFA 16 Ultimate Team that has been announced previously as FIFA Mobile and FIFA 15 Ultimate Team New Season.

The later one is reserved for mobiles that can’t run the new FUT 16 game and features new content from the 2015/16 season such as new player items with updated stats and ratings, new club kits and a new user interface.  Moreover fans can now build squads with items from two seasons similar to the Generations feature from the FUT Web App but now playable!

Another important thing that you need to know is that FIFA 16 UT will not feature the weekly TOTW in the game, instead regular events with special items will be released throughout the season. FIFA 15 UTNS on the other hand will feature a new TOTW each week as usual.

Also you can’t transfer items, coins or FIFA Points between the two games, you can play both games at the same time on the same device but there’s no possibility of transferring stuffs from one to another.

Users who play or will play FUT 16 on mobile don’t need the Facebook login to play matches, but it will be needed to access the transfer market because anonymous users cannot access it. Moreover, Facebook log-in will help keep your progress and content if you switch mobile devices.

You can download FIFA 16 Ultimate Team only on iOS and Android devices while FIFA 15 UTNS is available on all three major mobile operating systems including Windows Phone. Bellow you can find a list of compatible mobiles for the FUT 16 game:

Finally here are the download links for both games: