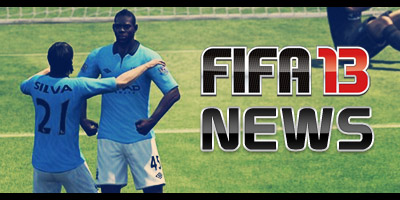 Want to know the latest news on FIFA 13? Then check this post!

You may have noticed a recent update for FIFA 13 on Xbox 360. This update will not change your current experience with the game. The update is unique to XBox 360 users and was deployed to increase compatibility between EA SPORTS FIFA and Xbox Live Marketplace.

Darren Cross from Match Magazine chats to Matt Cuttle in the 5th episode of EAVision‘s serie “The Boot Room” about the often-underappreciated right stick, and advises few on a ways to use it more effectively.

With the new record of most goals scored in a calendar year, Messi got a special card in Ultimate Team 13. The card was available in packs from 10th of December to 12th of December. Those who own the special Messi card will see his stats rising up as long Messi continues to score this year. Right now his tally is at 88 goals so his card got to an 88 OVR update as you can see bellow:

Speaking about UT13 here is the TOTW 13 featuring IN-FORM players like Torres,Ozil or Falcao:

Also FIFA Superstars users can get these new Black Edition players in the SOTW 14: 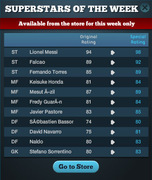 And as usual here are the best FIFA 13 articles of the week:

– THE must-have player for all Brazilian squads/ hybrids (FIFANow)

We leave you with this awesome goals compilation from EA Sports: