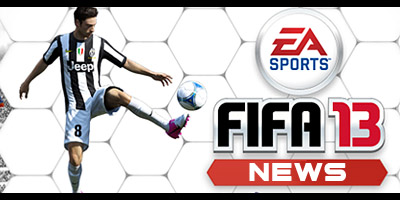 Here are the latest updates on FIFA 13:

A new update is available for FIFA 13 which is currently live on the PC and Xbox. The update for PS3 will be announced in the following days. Here is what the new update contains:
• Freeze in Career Mode after acquiring youth scouts.
• An invisible ball appearing in other game modes after exiting FIFA 13: Ultimate Team.
• Removal of Guest Play in FIFA 13: Ultimate Team. In order to address a separate issue, we’ve decided to temporarily remove Guest Play from Ultimate Team. We apologize for the inconvenience.
• Rare disconnect in the FIFA Points purchase flow

EA Sports just released the new 1.0.4 update for FIFA 13 iOS. Now you will be able to play Ultimate Team directly from your iPhone or iPad. For more details please go here. The update is available in the app store! FIFA Ultimate Team for iOS is its own separate experience from console & PC FUT!

Long time FIFA fans will notice a difference in the way clubs work in FIFA 13 Ultimate Team. Whereas previously, you could delete your club and start over multiple times, you are now only able to create a new club five times. Once you create your fifth club, you must stick with it. You will not be able to start over a sixth time.

In the next video, QPR’s manager Harry Redknapp shows us which players would make his Ultimate XI in FUT13:

And talking about Ultimate Team 13, here is the TOTW 11:

The FIFA Superstars users can view down bellow the SOTW 12:

Darren Cross from Match Magazine joins Matt Cuttle in the third episode of “The Boot Room” series from EA Vision. This week they will discuss Free Kick tips.

If you want to find out more about FIFA 13 then check this week’s best FIFA 13 articles:

– Fastest FUT 13 Players by League and by Country (FIFAUTeam)

We end this post with the Goals of the Week Round 7 from EASports: