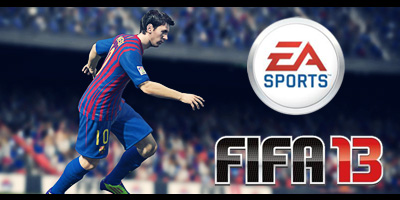 We’ve got our hands on the first screens of FIFA 13 and many other information about the features that the upcoming FIFA will have.

In our first article about FIFA 13 we’ve told you about that secret showcase that EA Sports held in London last month.Well in that showcase EA Sports released the first details about FIFA 13 and the very first set of screens:

At the showcase,the main producer David Rutter,told to his guests that FIFA 13 will have 5 major improvements and we will list them bellow:

One of the first things to do at FIFA 13 was to implement a more realistic ball control.Now it will be more difficult to control a receiving ball with your player.It all depends on the strength, the speed, the ball height and the technical skills of your player to achieve the control of the ball and run with it.

Another feature that got improved is the player impact engine.There will be no more unrealistic animations in the players challenges!The engine has been optimized and new a set of impact values ​​has been added at the hip and the upper body area.

In FIFA 12 you could dribble just by changing direction,in FIFA 13 this won’t be possible anymore!

The free-kicks got a new free kick system.Up to three players can now gather around the ball and make fun of the opponent’s defense and goalie. You can now feint a direct shot and adjust it to a player who comes off the wall. Also the defense set pieces have been improved to go with the new free kick system.For example, you can make a defensive team with more players into the wall and send out a player to block the ball.

The offensive Artificial Intelligence got a huge improvement. The CPU-controlled players got better running routes and better guessing options of where you pass the ball.Also the strikers are smarter and move with the offside line of your defenders,waiting to receive the ball and run with it towards your goal post.

Beside all of these improvements,David Rutter still wants to make other upgrades to the game such as, new passing types,new shot rotation moves and new goalkeeper animations.Also the cheering animations have been adjusted to the current football atmosphere.One last thing he really wants to improve is the referee!

The graphics in FIFA 13 will also have a big update after EA Sports adopted the new Dimensional Imaging software to boost player likeness!Full article here.

Please share your thoughts about this article bellow and tell us what other features you hope to see in FIFA 13?