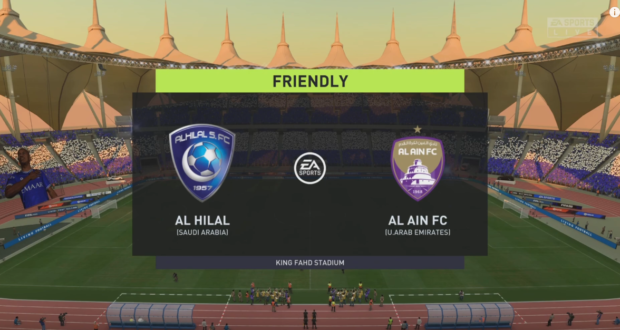 Will FIFA 23 Feature More Middle East Teams in Time for the World Cup?

The FIFA series traditionally launches towards the end of September each year, but this year, in line with FIFA 23, the 2022 World Cup in Qatar will commence about one month after the launch of the EA Sports game. It’s a new phenomenon in the sport, having a World Cup in the northern hemisphere’s winter, which could also force Electronic Arts to adapt its usual methods.

Not only is the World Cup coming to the Middle East, but there’s been a distinct rise in popularity of the sport and gaming across the Middle East and North Africa (MENA). To its credit, FIFA has dipped its toe in the region for several years, but without much by way of a full commitment to clubs, leagues, and national teams beyond one country.

It would seem as though this is the prime time for the FIFA series to expand its MENA coverage due to the sheer levels of hype and interest around the region with the World Cup on the way.

FIFA series has been committed to one MENA league

The only league that has consistently featured in the FIFA series has been the Saudi Pro League. The league was first introduced ten years ago in FIFA 13, featuring 14 teams from the first division and two from the second tier. Since then, Saudi Arabian football has been a mainstay, and just five years later, three competitive FIFA players representing the nation topped the earnings charts.

For FIFA 18, “MSdossary7,” “Lightning BoNabil,” and “Abod_AS3” placed first, second, and fourth in competitive earnings, landing $284,500, $101,250, and $67,500, respectively. “The Royal” and “Abo_Hwas” also placed in the top-20 that year while representing Saudi Arabia. Now, while there may not be a direct correlation between FIFA 13 bringing in the Pro League and Saudi competitive success, this does show the interest in the region that’s now represented in the series.

Along with the Saudi Pro League, the series has also featured one other team from the MENA region. The United Arab Emirates Club Al Ain FC has been in the series since FIFA 20, amongst the Rest of the World clubs. Away from these, though, the series seemingly took a step backward with FIFA 22 by erasing several national teams – most notably, African clubs.

From the Middle East, only Saudi Arabia has been included in core FIFA series games as a playable national team, with that cameo appearance coming in FIFA 18. The mainstay for the MENA region has been Egypt as one of the dominant clubs in Africa. In FIFA 22, 17 national teams were removed, including Egypt and all other African teams. This, however, wasn’t entirely the fault of the cash-stacking video games company.

While they can’t compete on the licensing front, Konami (the creators of PES and now eFootball) continue to be a thorn in the side of EA Sports. This is particularly true when you look at EA’s historically underrepresented clubs and regions, with PES grabbing onto several key licenses to create an offering that’s distinctly more diverse than that of FIFA.

By having the AFC Champions League, PES 2021 had clubs from Qatar, Saudi Arabia, Iran, the UAE, and Iraq. It also boasted national teams with real players for Egypt and the likes of the UAE, Qatar, Iran, having PES original inclusions. Even in their ill-advised pivot to a wholly live service football game, eFootball 2022, the AFC Champions League’s club sides are present.

MENA’s a hot region for football and gaming

As noted above, several Saudi Arabian players have risen to the pinnacle of competitive FIFA play in recent years. Now, with several teams showcasing their talents on continental and global stages, MENA football is certainly on the rise. It’s always been huge in Egypt, who remain the record AFCON winners, Algeria recently won AFCON, Iran played impressively stout football at the last World Cup, and Qatar recently won the Asian Cup.

With several national teams performing well, the sport is on the rise, and with it, the greater football experience. Across the region, football betting has become a viable activity due to help guides for bookmakers in Arabic countries. Several offer their services in Arabic and even Persian, all while recommended sites are graded based on having competitive odds and can be trusted. Essential to this in the mostly-mobile region has been the rise of Arabian betting apps, which allow for convenient live betting and easy cashouts.

More people in the region are engaging in football betting and fandom, and this is also being reflected in the colossal size of TV deals being signed. Qatar’s sports broadcasting network, beIN, has delivered the Premier League to the Middle East for many years. In 2020, they extended their deal with the massively popular division from 2022 to 2025 for a deal worth $500 million. Only massive demand could warrant such a fee.

It should also be noted that FIFA does have quite a strong and growing audience in the MENA region. While mobile gaming does power the $1.76 billion combined market of Saudi Arabia, Egypt, and UAE, there’s certainly a place for FIFA. In March 2022 – six months after the release of FIFA 22 – the PS5 version of the game stood 13th among the best sellers in video games on UAE’s Amazon website.

Given the clear popularity of the sport and gaming, and this being a World Cup year, it would be assumed that EA Sports would really press on with widening the appeal and coverage of FIFA 23 to the MENA region. Then again, with PES reverting to a shallow live service model, the publishers won’t be pressed to improve and expand their flagship game.