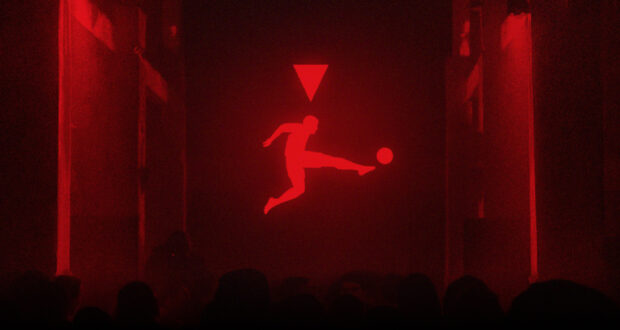 Virtual Bundesliga: What You Need To Know About The 2022/23 season

German Bundesliga’s flagship eSports competition is back for a new, exciting season.

Established in 2012 by the DFL and EA SPORTS, Virtual Bundesliga (VBL) is the only competition in a professional football league that is directly integrated into the EA SPORTS FIFA video game. The VBL has enjoyed steadily growing popularity since its launch 10 years ago and continues to do so, as the 2022/23 season is a testament to it.

The tournament will initially be played in two different parts: the VBL Club Championship and the VBL Open. The best individual players from both competitions qualify for the VBL Open Playoffs and the VBL Grand Final. All games are played in FIFA 23.

Below, we will explain in details how each competition work and the complete structure of the VBL. Let’s dive in!

The first part of the tournament is dedicated to professional eSports teams from Bundesliga or 2nd Bundesliga that will compete in the VBL Club Championship. This season there is a record number of participants with 29 teams registered in the competition.

The participating clubs were divided in two divisions as follows:

The championship started in November and will end in March, 2023 after each team faced each other in the virtual league. This season matches will consist of up to three individual games in what is essentially a best-of-three approach.

The club that emerges victorious after two or three individual games will be awarded three points in the division table; the losing club will receive no points. In the event of a draw after three individual games, both clubs will receive one point each. Currently, F.C. Hansa Rostock and reigning champions RB Leipzig are on top of their respective divisions. The VBL Club Championship matches are played exclusively on PlayStation 5.

After the conclusion of the Division Phase, the top 6 teams of each division will move on to the Playoffs and subsequentially into the Finals. The prize money pool for the VBL Club Championship will increase from 65,000 to 72,500 euros this season.

In case you feel like trying your luck at some online games then be sure to try the instant withdrawal casino Canada.

The second part of the tournament is open to all interested players (professional or amateurs) and allows them to qualify for the VBL Open Playoffs. Players aged 16 and over residing in Germany can participate in the competition and can register by following the next steps:

For the first time in the history of the competition, cross-platform duels between PlayStation and Xbox players are possible as VBL Open is played on both next-gen console (PlayStation 5 or Xbox One Series S/X).

The Qualification Phase extends over a period of five months until the end of March 2023. The VBL Open Playoffs will be played on 6 and 7 May, 2023 and will feature 128 participants. The best single players in the VBL Open will meet players who have qualified through the VBL Club Championship in this phase. Anyone who is successful in the VBL Open Playoffs will get their tickets for the VBL Grand Final. The title holder last year and thus reigning German champion is Dylan “DullenMike” Neuhausen.

The VBL Open and the VBL Club Championship will be brought together in the VBL Grand Final to be played on June 10 and 11, 2023. The best 32 players from the VBL Open Playoff will face off in an offline event for the title of German Champion and a prize money pool of 100,000 euros.

All VBL matches can be watched via a live stream on virtual.bundesliga.com and on the official VBL Twitch account.