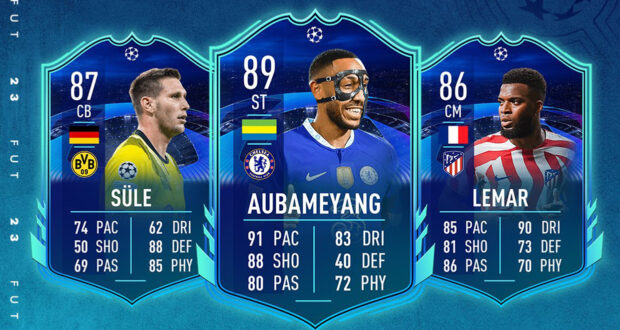 The race for European glory is on!

EA Sports just dropped their second promo in FIFA 23 Ultimate Team focusing on the UEFA club competitions. Similar to last year’s promo, we will see a new collection of themed dynamic player items, squad building challenges and objectives. So let’s dive into details, shall we?

What is ‘Road To The Knockouts’?

Road To The Knockouts (RTTK) is a FUT promo focusing on the group stages of the three UEFA club competitions, Champions League (UCL), Europa League (UEL), and Conference League (UECL).

The already boosted dynamic player items released via this campaign have the potential to get two further upgrades. One if their team wins at least two of their remaining Group Stage games and one if their team qualifies for the Knockout Stages of their respective UEFA competition.

Road to the Knockouts has arrived in #FUT!

The RTTK players don’t have to compete in order to earn the upgrades as long as their club fulfill the upgrade requirements.

Road To The Knockouts Team

🆕 The Round to the Knockouts Squad is out! ✅

The RTTK roster also include the following players that are available via SBCs:

Are you thinking about completing the new UCL RTTK Dejan Kulusevski SBC? 🤔

Hopefully this post will help you decide! ⬇️#FIFA23 #FUT23 pic.twitter.com/LQkL2KFUP2

If you’re up to grind a few matches in FUT then you can also unlock Inter Milan’s left back UCL RTTK Robin Gosens by completing the next tasks:

You can keep up with the progress of each card by checking EA Sports’ official RTTK Tracker.