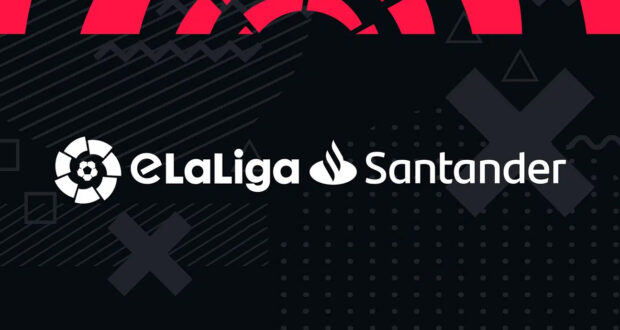 The top FIFA 23 eSports competition in Spain is back in action!

For the sixth season of eLaLiga Santander, organizers have made various changes to the competition in order to make it more attractive to players, clubs and fans. Let’s find out what changes have been made!

The new season will start with a change in the format of the eLaLiga Santander SuperCup that will kick off on January 28, 2023. On this occasion, four clubs will face each other in a face-to-face show in Barcelona, which will serve as the starting point for the season.

Deportivo Alavés, Real Valladolid, RC Celta and Real Zaragoza will play for the SuperCup title, with the winning club receiving €5,000 and the runner-up team receiving €2,000.

After the conclusion of the initial 4 draft qualifiers, the top players on the eLaLiga leaderboard, will be chosen by clubs from LaLiga Santander and LaLiga SmartBank to represent them in the regular season of the competition. All games will be played exclusively on PlayStation5 and will use FIFA 23 Ultimate Team as the base game mode.

If we talk about games, it is also worth mentioning the gambling part of it. In addition to serious contests and the spirit of competition, betting on games is a great way to break the tension. In the quality review at 1 dollar minimum deposit casinos in NZ you can find the best games to try your luck. In this case, you can not be afraid of the risks and enjoy the game process to the fullest.

The Regular Season will start in early 2023 with the official presentation of the participating clubs and the players that have qualified and allocated to each team.

The clubs will be divided into two groups, just like last year, facing off every week in a round-robin format where all matches played will be held in-person with public attendance. So that no one is left without being able to enjoy the competition, this year the tournament will be livestreamed through DAZN. The leading global sports streaming platform will turn to eLaLiga Santander, broadcasting live all the days of the regular season.

The tournament will conclude with the Grand Final where the Top 16 teams from Regular Season will face-off for the eLaLiga trophy. Last season, we saw Kilian “Zidane 10” Pita Ossorio of Deportivo Alavés take home the title and a big chunk of the prize pool.

Halfway through the Regular Season, the Top 4 clubs from each group will face in the eLaLiga Cup 2023. During the season, the total distribution of prizes for all eLaLiga Santander related tournaments will exceed €300,000. As the tournament is part of the FIFA Global Series ecosystem, the Top 3 players of eLaLiga Grand Final qualify for FIFA 23 Global Series Playoffs.

This year, we will once again see international fans participate in a competition created specifically for them, in partnership with LaLiga and EA Sports.

‘Beat the Best’ tournament returns and it will allow players outside of Spain to compete in a eLaLiga Santander competition and give them the opportunity to win $500 and get the chance to meet eLaLiga Santander’s guest star while playing against each other in an epic match.

If you live in the following countries, you can sign up and participate in one of the two tournaments in the next dates: