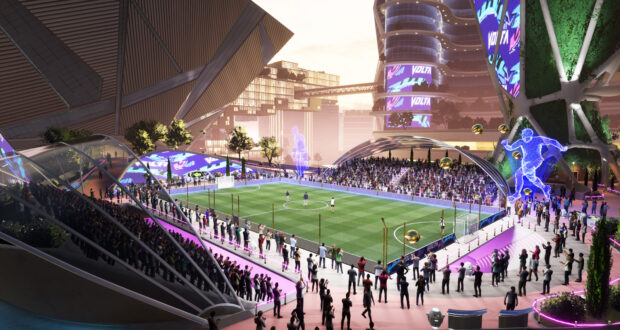 For the past few weeks EA Sports has dropped details on FIFA 22 from Gameplay, Career Mode and Pro Clubs to Ultimate Team and today they revealed what fans can expect from VOLTA FOOTBALL.

The FIFA Street like game mode was introduced back in 2019 with FIFA 20 to players excitement and has since received mixed reviews from fans and players. However EA listened to its fan base and for FIFA 22 there will be some big changes across gameplay and game modes. Let’s check it out.

For FIFA 22, VOLTA developers focused a lot on the gameplay in order to make the game mode more fun and attractive to players and reward those that play with flair and properly use skill moves to take on their opponents. With this concept in mind here is what the devs introduced in FIFA 22 VOLTA Football:

In the next FIFA instalment you will have the opportunity to play with another three players in various online mini game modes that will be part of the new VOLTA Arcade. Here’s what mini games will be available in the Arcade:

#VOLTA Arcade is coming in #FIFA22 🕹️
Learn more about everything new in the mode in the latest Deep Dive Pitch Notes 👇 https://t.co/KzwO0t9xOs pic.twitter.com/pnoukRyqX1

Please note that these mini games will be available to play online ONLY on weekends!

VOLTA SQUADS will feature more improvements in FIFA 22 such as: 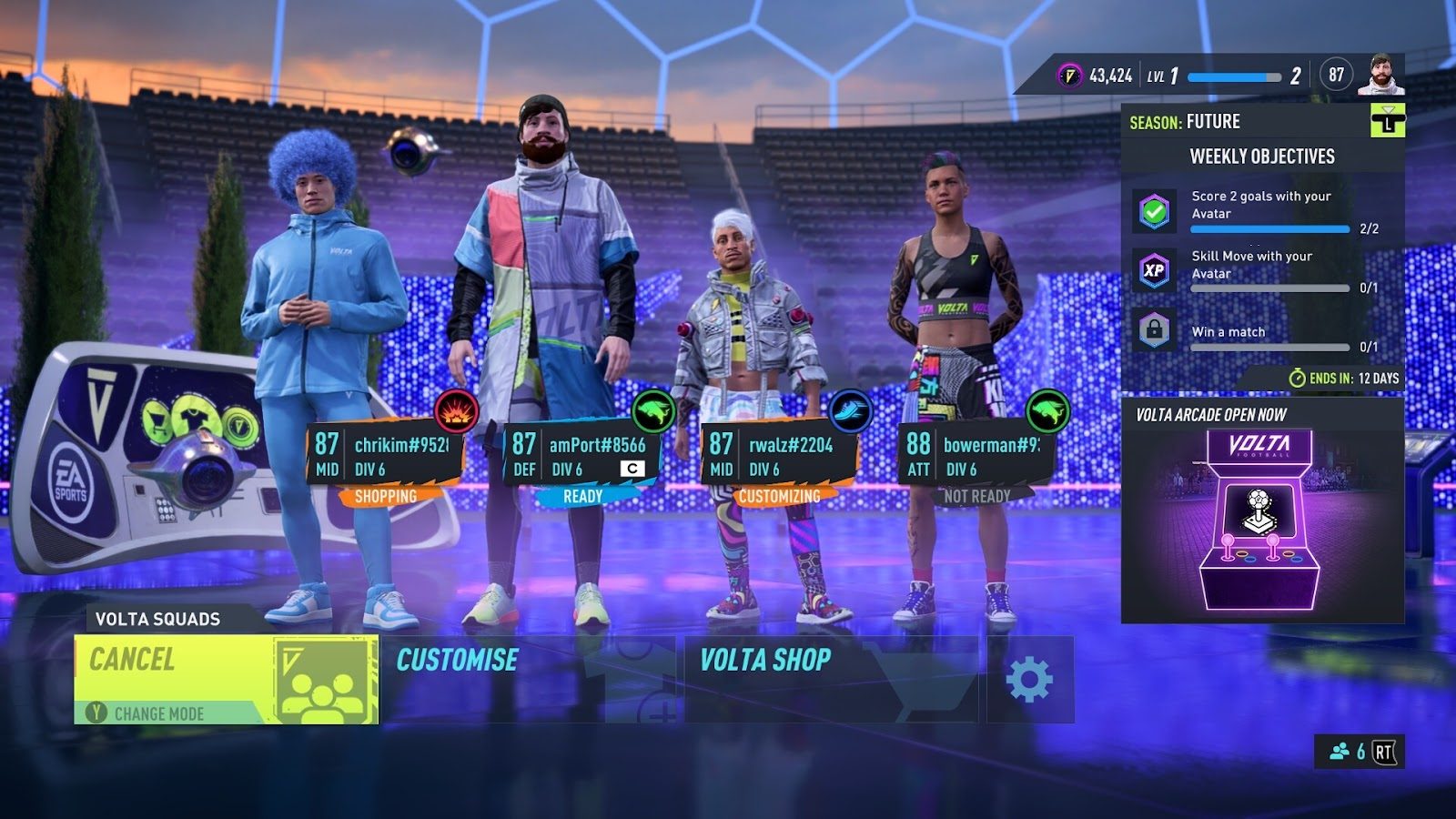 Just like in Ultimate Team, starting with FIFA 22, VOLTA FOOTBALL will include Seasons! Every 6 weeks there will be a new Season full of objectives to complete and will include: 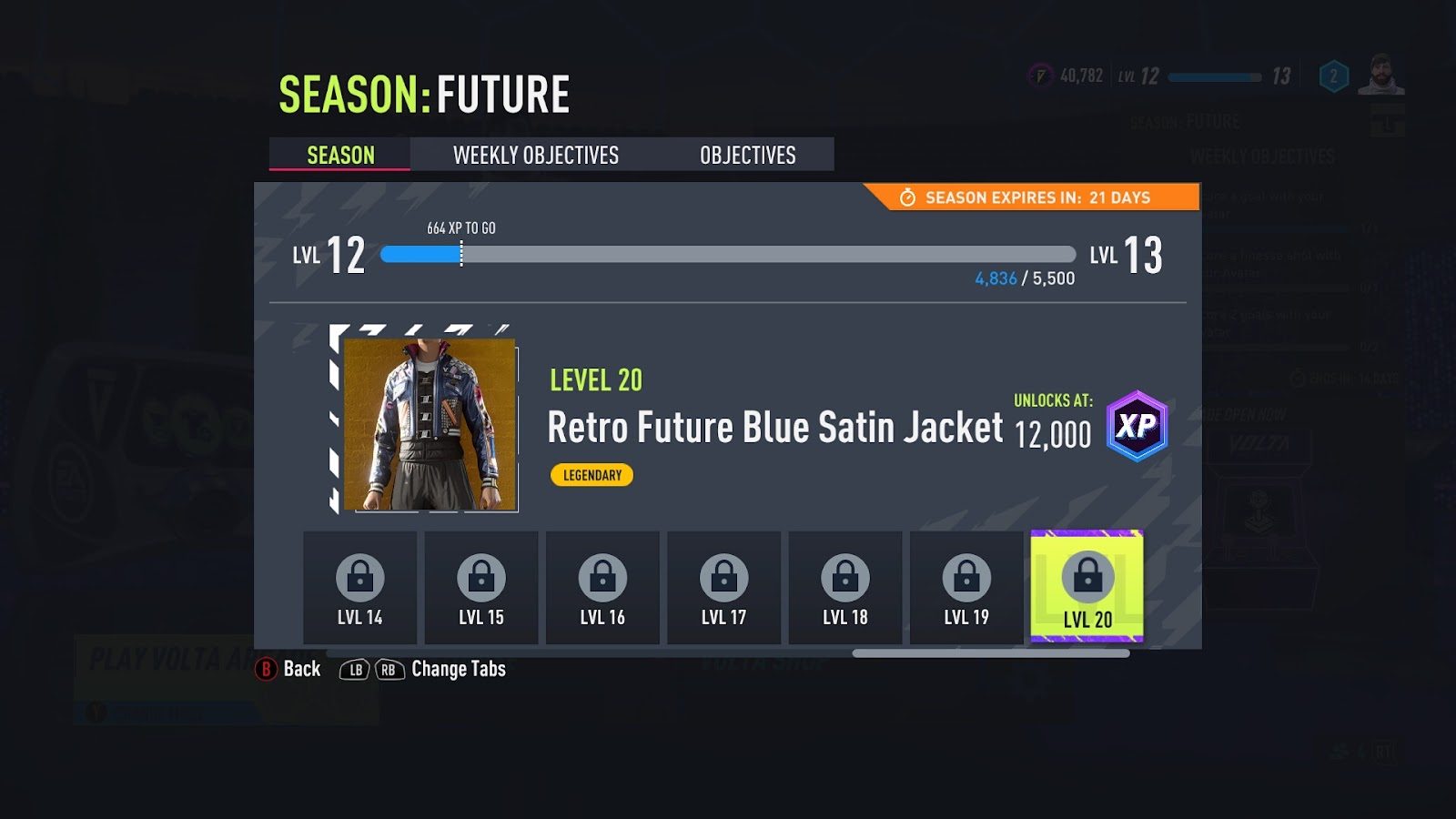 Playing matches and completing Weekly Objectives will allow you to gain Seasonal XP that unlock various rewards as you progress.

Some previous features and game modes present in VOLTA Football won’t return in FIFA 22. The developers confirmed that the next features has been removed in the next FIFA edition:

Of course we can’t forget to mention that there will be loads of new outfits available in-game from Adidas, PSG x Jordan to Killa Villa and a brand new 5v5 pitch called City-X set in a futuristic environment similar to Cyberpunk 2077.

And that’s about it with VOLTA features for FIFA 22. For more news don’t forget to follow us on twitter.

FIFA 22 will be released worldwide on October 1st but you will be able to play it earlier on September 22nd thanks to EA Play.