Latest News
Home / FIFA 21 / Hackers Steal Data From EA, Including Source Code For FIFA 21 Among Others 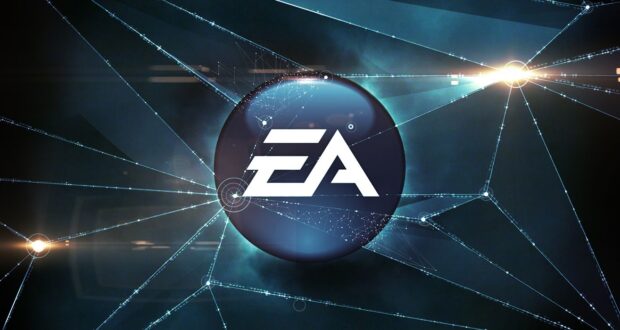 Hackers Steal Data From EA, Including Source Code For FIFA 21 Among Others

In a huge blow to the big wigs at the EA headquarters, recent news has emerged claiming hundreds of gigabytes of data hacked from the EA systems. A hacker organization has managed to breach the EA security systems and steal up to 780 GB worth of data, including the source code for the Frostbite Engine and the source code of FIFA 21 among other things.

“You have full capability of exploiting on all EA services,” the hackers claimed in various posts on underground hacking forums, not all them available to public view. The source that managed to capture the hackers’ postings have reported that the group has taken the source code for FIFA 21, as well as code for its matchmaking server. On the list of data and items breached include source code and tools for the Frostbite engine, the proprietary engine built by EA and on which run some of their trademark franchises such as FIFA, Madden and Battlefield. Other stolen information includes proprietary EA frameworks and software development kits (SDKs), including bundles of code regarding game development paths of the company. In all, the hackers say they have 780 GB of data, and are advertising it for sale in various underground hacking forum posts. 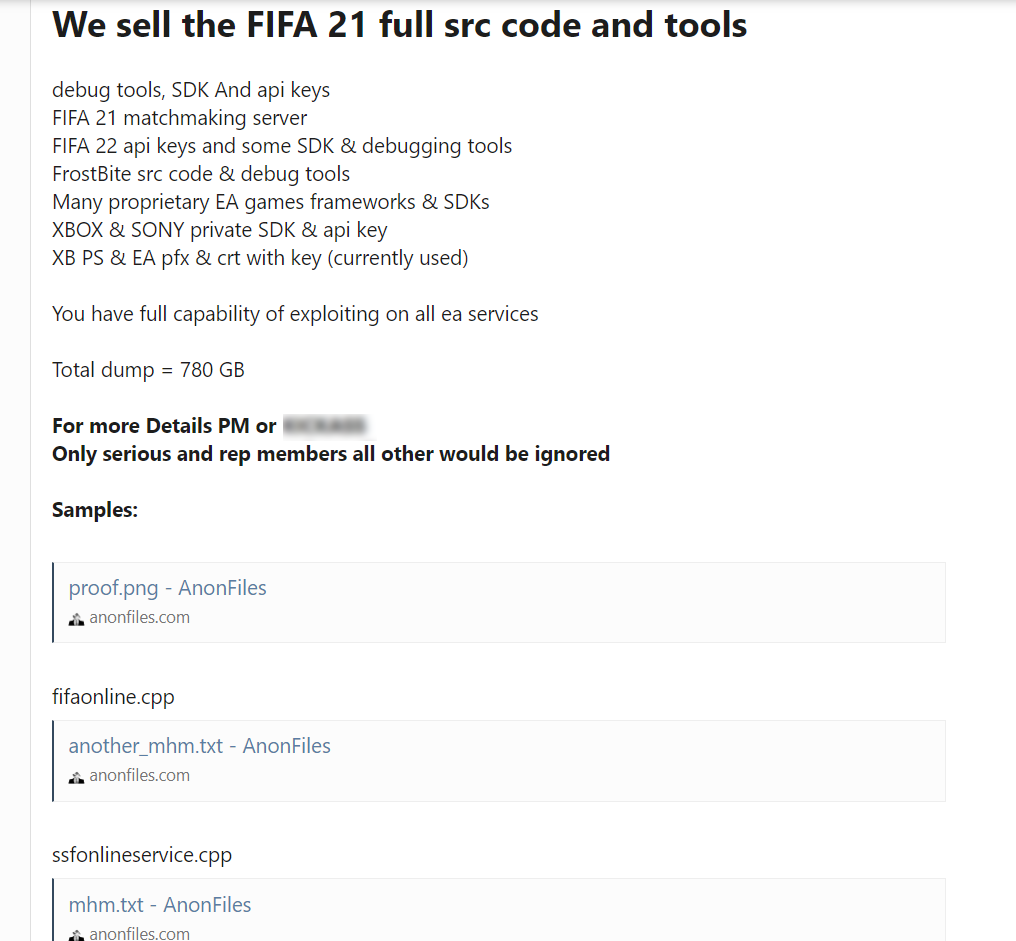 Screenshot of the forum post selling the breached data.

In a statement to Motherboard, an EA spokesperson verified that the publisher had indeed suffered a data breach, and that the files reportedly accessed by hackers were in fact affected. The spokesperson did stress, however, that no player information was shared. “We are investigating a recent incident of intrusion into our network where a limited amount of game source code and related tools were stolen. No player data was accessed, and we have no reason to believe there is any risk to player privacy. Following the incident, we’ve already made security improvements and do not expect an impact on our games or our business. We are actively working with law enforcement officials and other experts as part of this ongoing criminal investigation.”

It is not uncommon for data breaches to occur in game studios. Hackers often look for data that can help find out intricate details about a particular game or application. CD Projekt Red suffered a similar fate in 2020 when the source code for Cyberpunk 2077 was stolen. Nintendo has also landed in hot water with a similar situation. However, the latest cybersecurity hit on EA seems to be more than just franchise damage as the hackers claim to have Sony’s and Microsoft Xbox’s SDKs and API keys too, which may be of concern to all parties involved if indeed true.

Further steps are yet to be taken and a course of action is reportedly in the process. While EA has confirmed that a “limited amount” of data has been accessed, it remains to be seen just how sensitive the information turns out to be. More development in the damage control is expected soon.

ea ea sports FIFA 21 hack 2021-06-11
Rudra Mehta
Previous: Ukraine National Team To Feature In FIFA 22
Next: What FIFA Can Learn From Fortnite – The Rise Of Football In Fortnite!