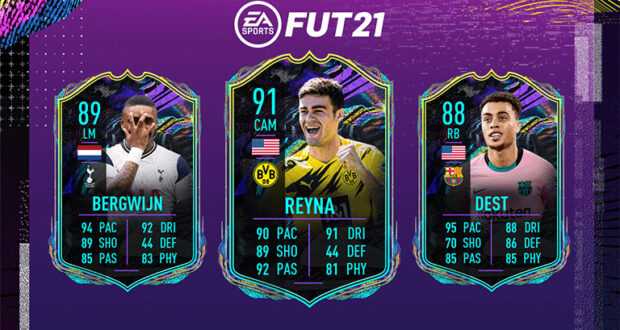 One of the most popular promos in FUT has returned for FIFA 21 with a new selection of young talented players with upgraded ratings.

Future Stars promo feature the most talented wonderkids in football at the moment with their Career Mode potentials unlocked. The first team is already available in-game including the following players: 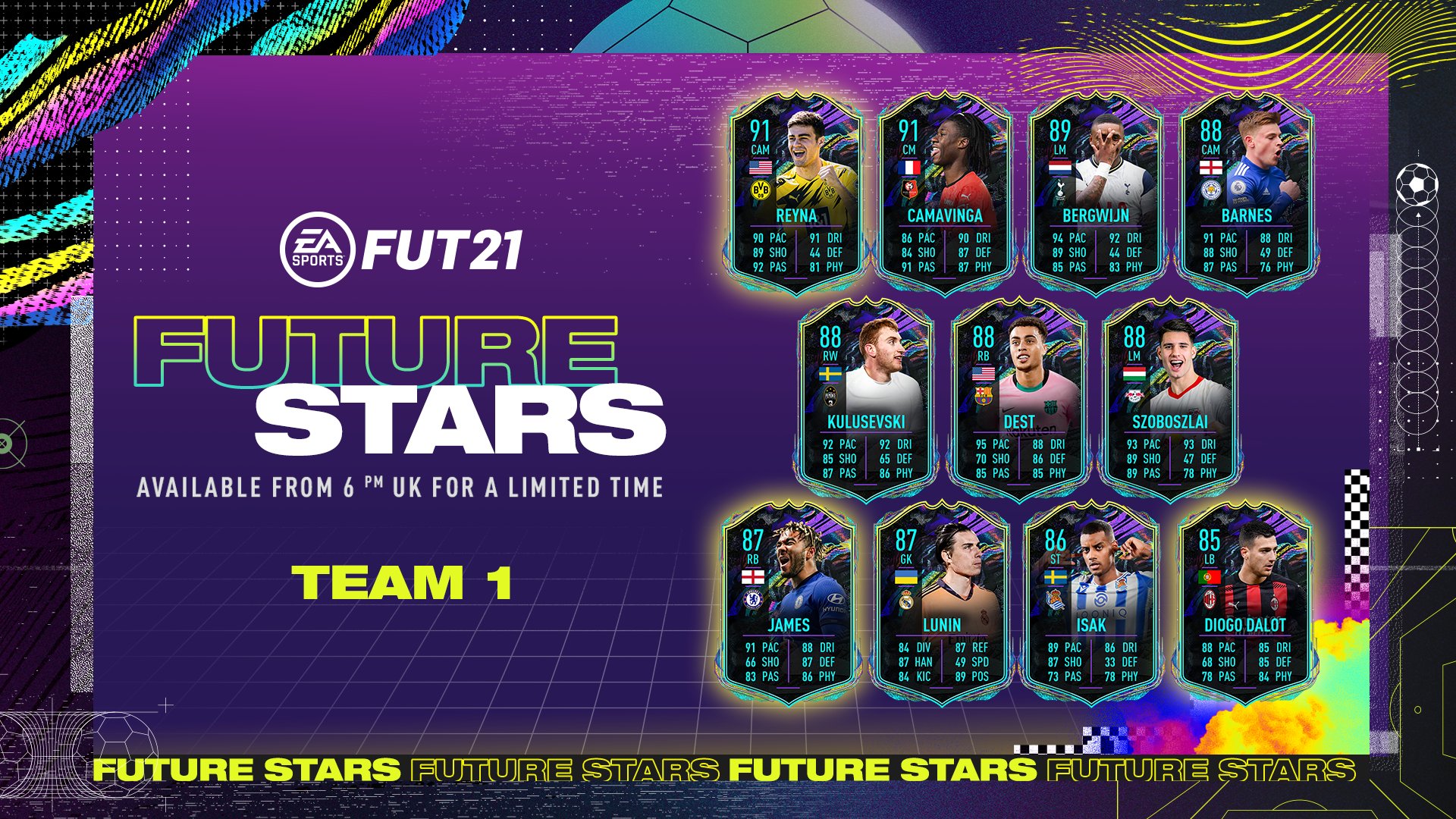 A second team of wonderkids with unlocked potentials will be dropped next Friday, February 12th and EA Sports already revealed that it will include second versions of Giovanni Reyna, Reece James and Diogo Dalot with different positions and attributes but with the same overall ratings. These three players will be an addition to the other 11 new Future Stars items. 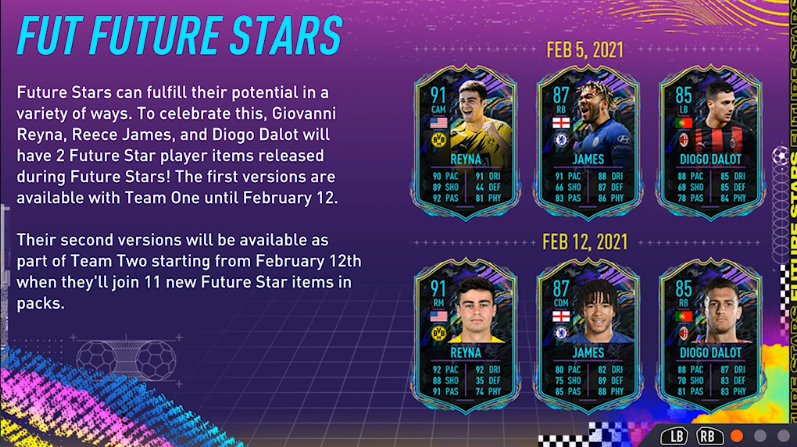 Moreover, a 12th Future Stars item is available via a Squad Building Challenge featuring Olympique Lyon’s gem, Bruno Guimares. In this Player Pick SBC you will have to choose between two version of the card as displayed in the image below. Here are the requirements to complete this SBC: 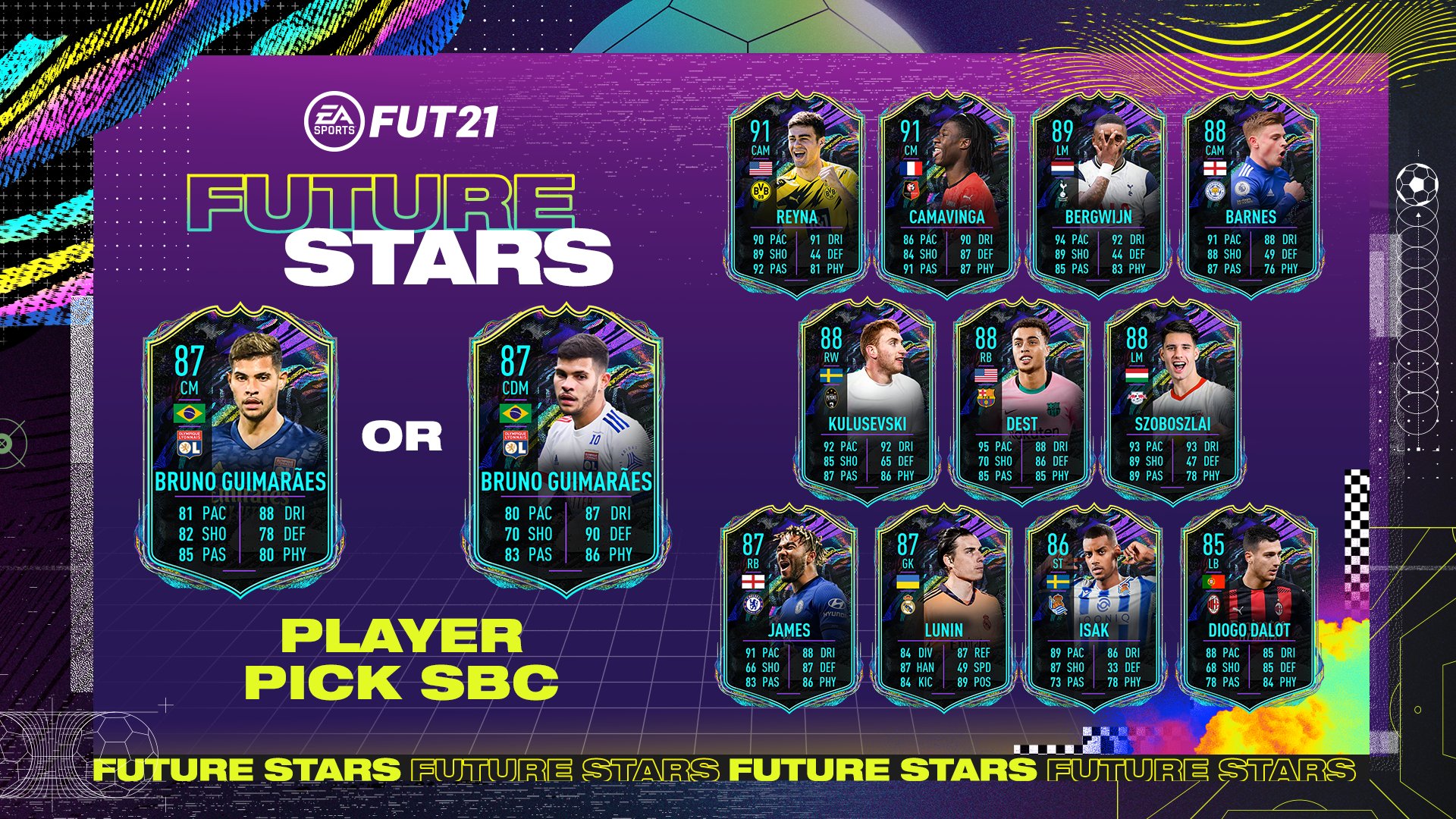 In addition, one of the most popular wonderkids in the world can now be unlocked via Objectives! Moments Sandro Tonali 87 can get in your club if you manage to complete the next in-game tasks in FIFA 21 Ultimate Team: 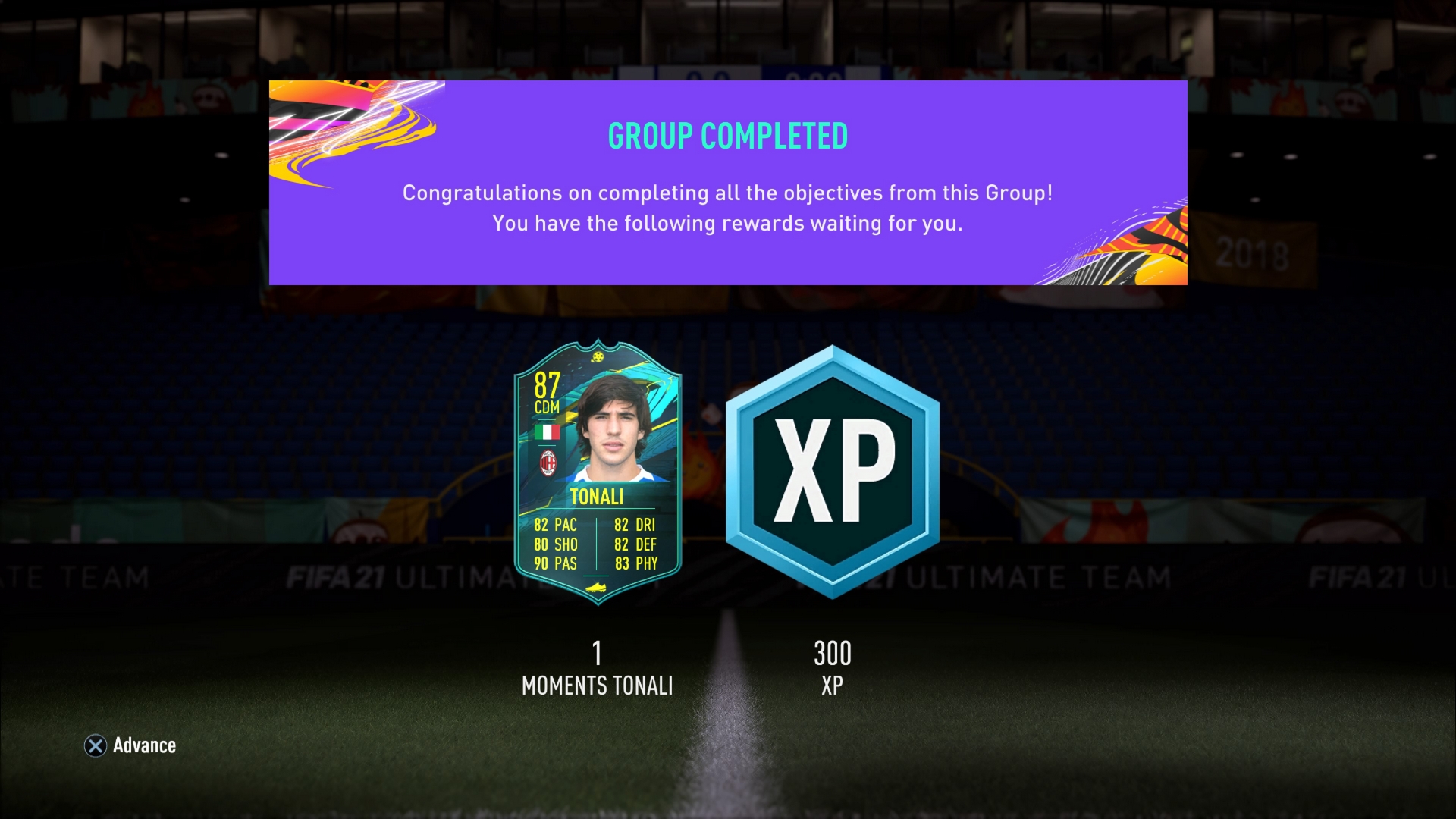 You can also try to complete the Future Of Football Objective that will reward you with an untradeable Rare Players Pack (50k).

Lastly, January’s POTM in LaLiga has been revealed as Sevilla’s Youssef En-Nesyri and you can now get his 86 rated card via SBC that will require an 83 rated squad with 80 chemistry. Pretty good value for the reward! 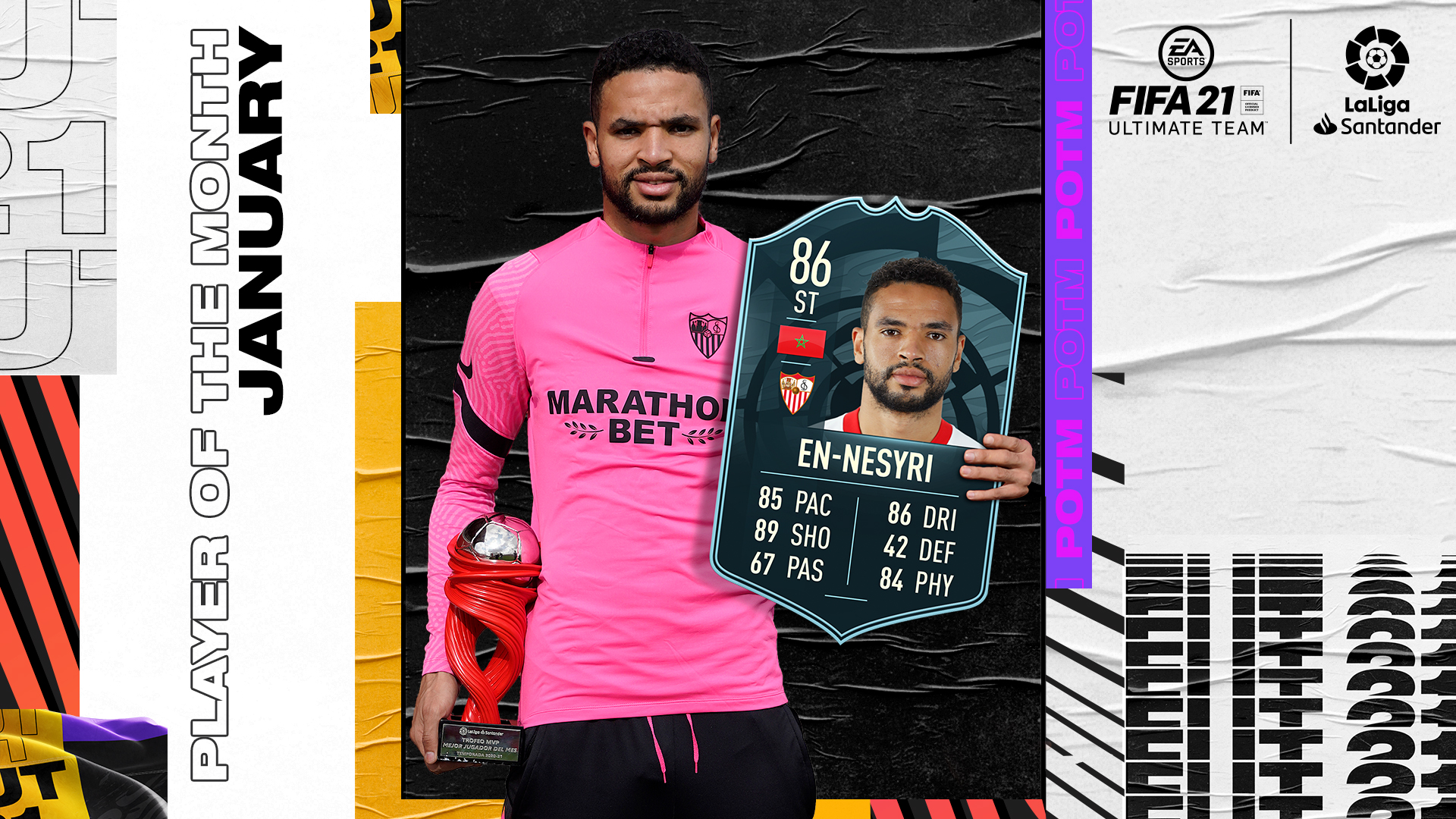