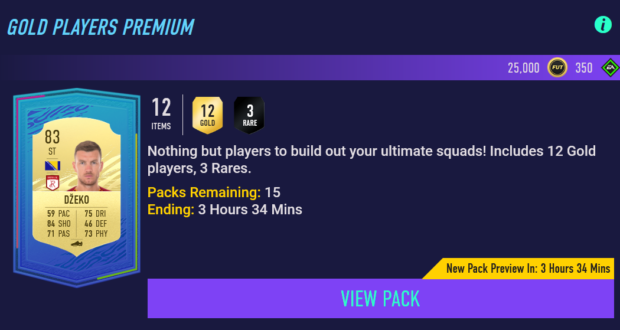 The Festival of FUTball campaign is in full swing right now in FIFA 21 and as a part of the event, EA have unveiled the brand new Preview Packs. Starting June 18, and running for the remainder of the Festival of FUTball, Preview Packs will become the only Ultimate Team content on the market. These packs will allow you to see all the specific Items contained within them before you need to make a decision on whether you want to buy the pack with FUT Coins or FIFA Points. The system sounds too good to be true but the Packs are really here, and they are hear to stay until the end of the festival campaign.

While the names of the Packs will likely be familiar, they will work differently to the Packs players have used before. Preview Packs will allow you to see the specific Items in that Pack, before you decide if you want to buy the Pack. However, packs not directly obtained from the FUT Store, such as rewards from Division Rivals, or earned from an Objective or SBC will not be Preview Packs, and will continue to function as they do now. 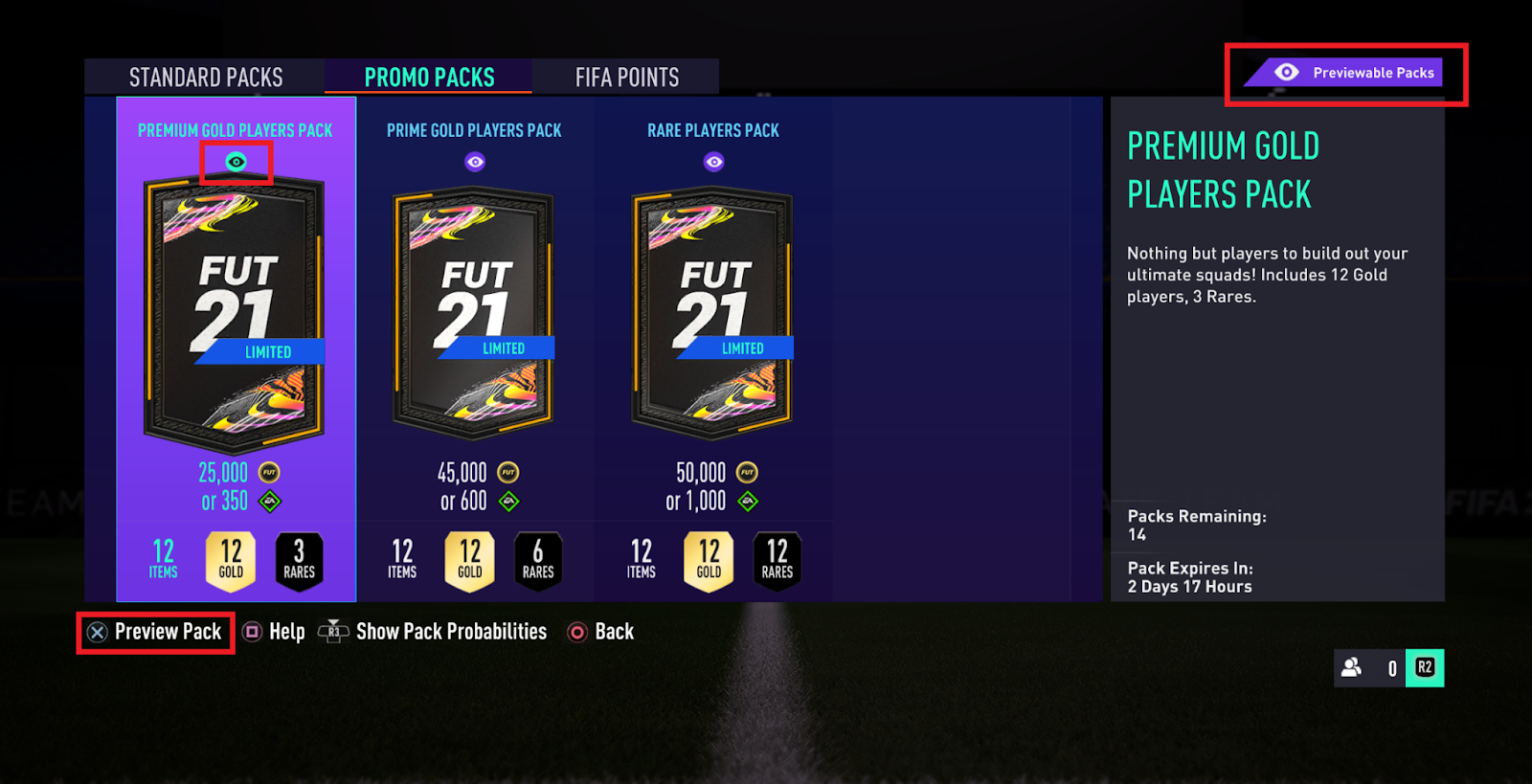 With lootbox mechanics being a staple in the FIFA franchise now, the player packs needed a much needed refresh. Up until now, players would never know the outcome of a pack opening before the pack was actually bought and opened. With the Preview Packs in place, the risk of spending money and obtaining less significant items is greatly diminished. Players will now know exactly what they are buying and if the investment is worth it.

EA has had a torrid time with FIFA Packs and microtransactions in general. With multiple countries banning FIFA Packs and FIFA Points in general, the most recent country to take that route being the Netherlands, EA’s revenue from Ultimate Team took a certain hit. But keeping the financial aspect aside, the legal hurdles for the franchise continue to be massive. In a hearing a while ago, EA representatives compared FIFA Packs to Kinder Joy eggs, calling their system a surprise mechanic and completely legal. 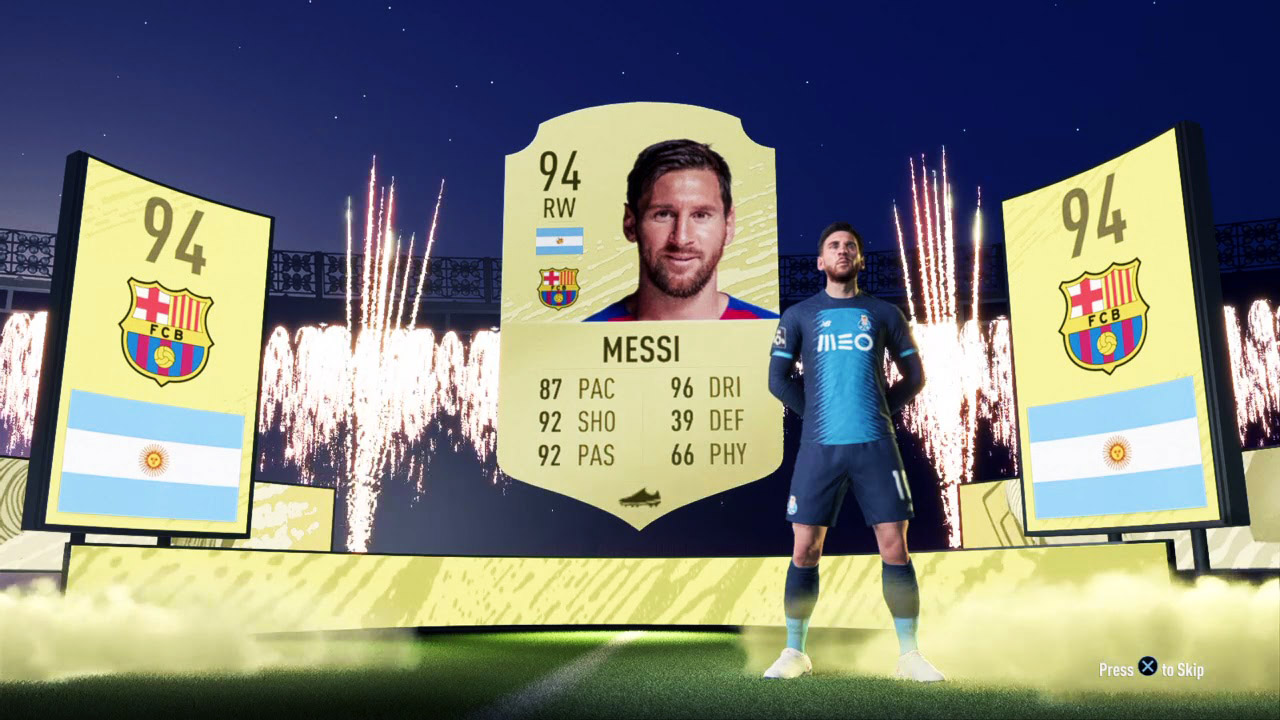 On the other hand, gaming authorities deem the pack system to be akin to gambling and see no reward potential for the players. The complete randomness of the pack items makes the investment a high risk venture. EA aggressivly deny their involvement in gambling practices and insist that they do not force players to spend in-game, despite the Ultimate Team seeming like a pay-to-win mode. The introduction of Preview Packs could be EA’s solution to navigating around the gambling accusation by showing players exactly what they would be getting for their purchase.

The introduction of Preview Packs ties up neatly with the recent introduction of Cosmetic Packs in FIFA 21. Similar to cosmetic items available in popular titles like Battlefield, CSGO, and Call of Duty, EA took a similar route with FIFA by introducing kit packs, crests and other aesthetic items on the FUT Market. These packs (bundles and/or solo items) offer no gameplay improvement and merely provide a visual enhancement for a player’s team. It will be interesting to see if EA start using Preview and Cosmetic Packs regularly from FIFA 22. 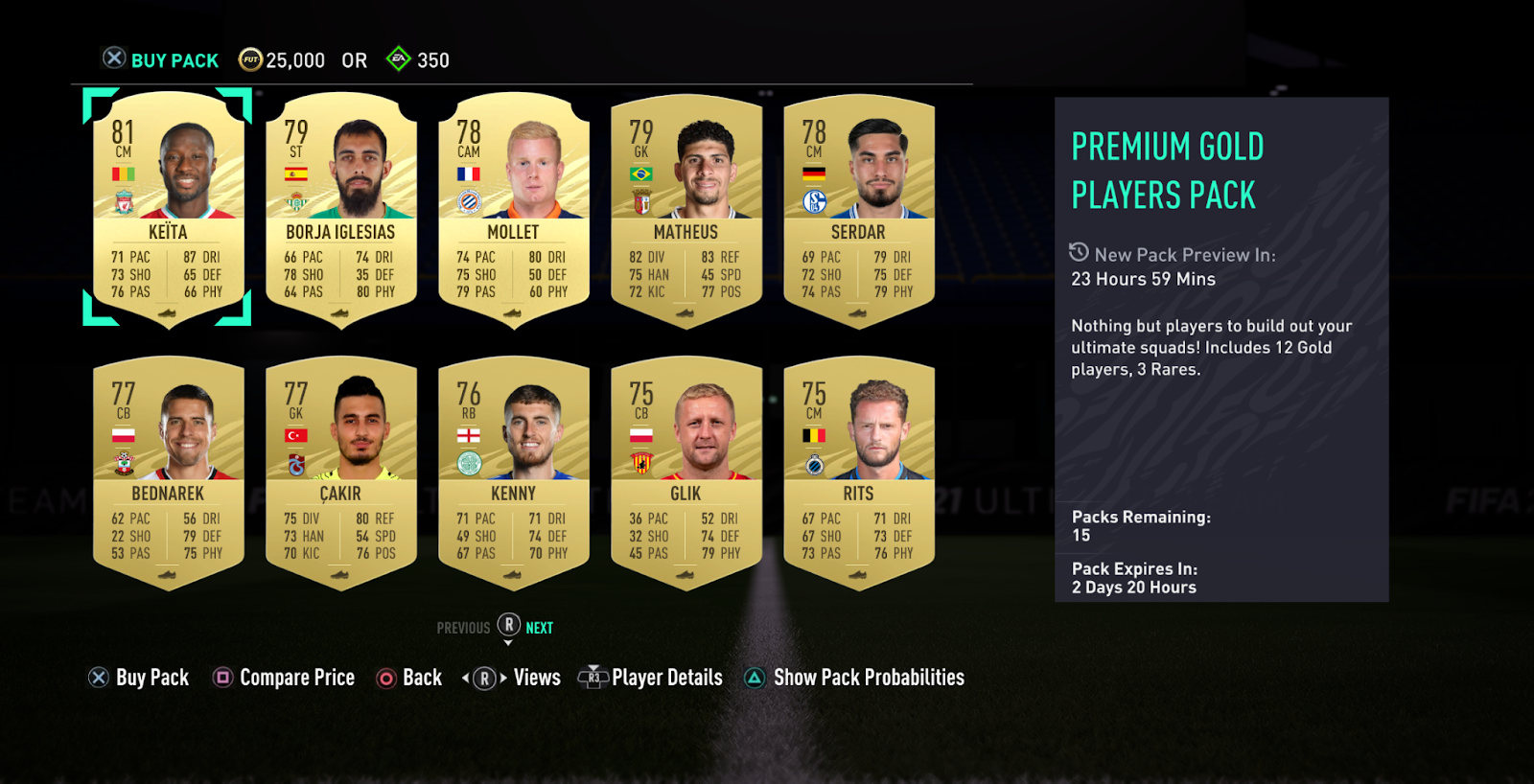 Speaking about the Preview Packs system, starting 18th June at 1600 UTC (1800 CEST), your pack-buying UI in the market will be slightly different with a new game flow in place. As quoted from EA, this is how the new process will work: 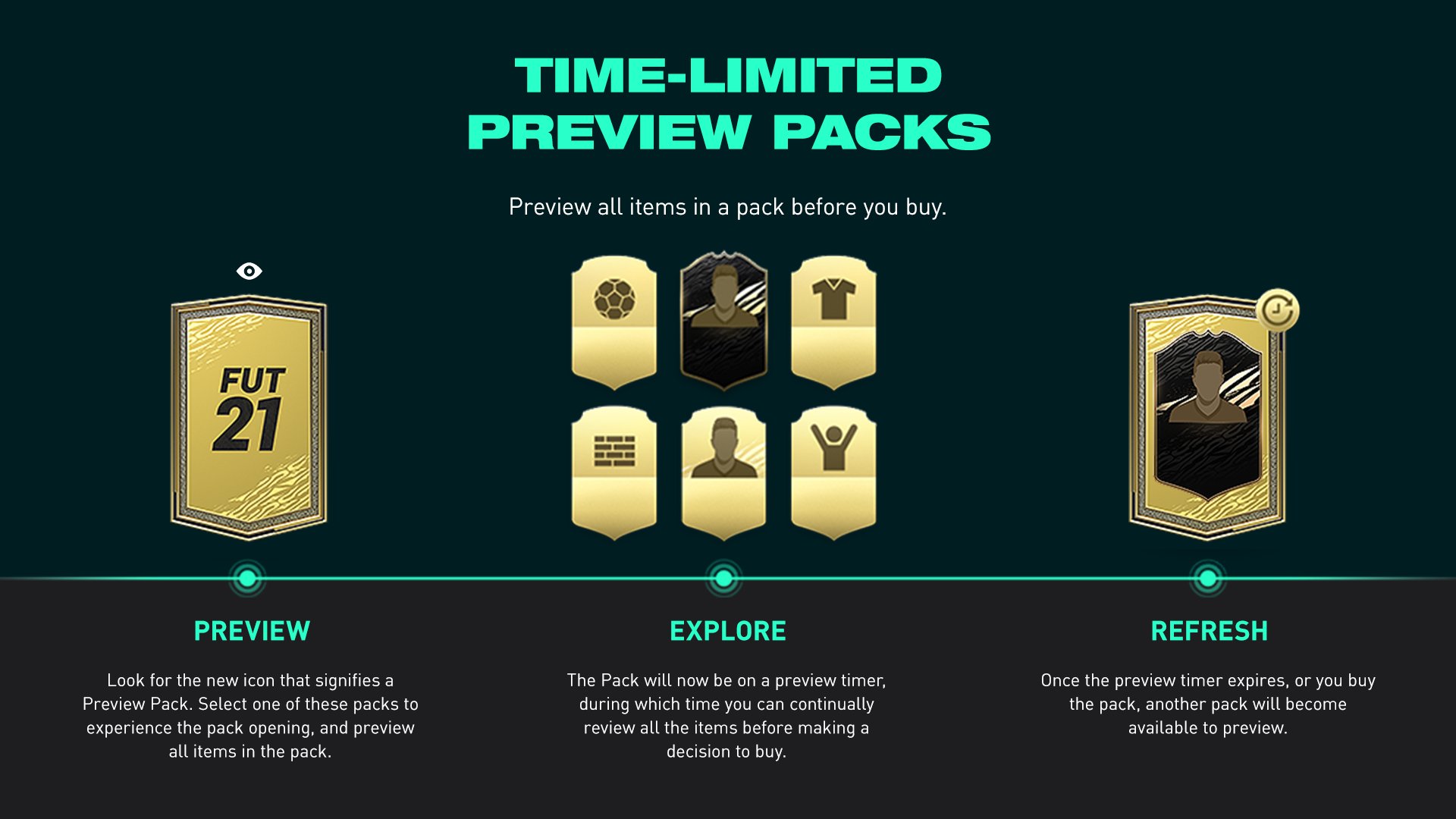 Could it finally be that FIFA Ultimate Team as a whole could see Preview Packs becoming regular and even replacing the old packs over time? It will definitely be a welcome move from the FIFA community and might just change the way FUT and the microtransactions work. Let us know your thoughts on the new Preview Packs.

FIFA 21 PACKS preview ultimate team 2021-06-18
Rudra Mehta
Previous: What FIFA Can Learn From Fortnite – The Rise Of Football In Fortnite!
Next: FIFA 21 Career Mode: 5 Underrated Youngsters Who Can Impress At Euro 2020