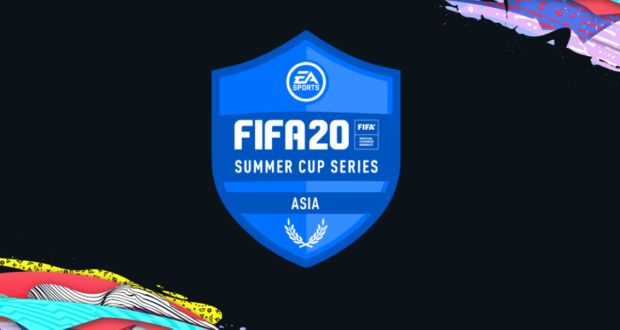 The 4th segment of the Summer Cup Series kicked off in Asia on 28th July 2020. The 3-day event saw 8 competitors take to the stage to win the championship. The event saw players from just 3 countries; Japan, Singapore, and Indonesia face off.

The cup was graced by the likes of Web Nasri and Agu, KnyP, and DENIXL from Japan, Indonesia, and Singapore respectively. Overall, this was the first well-balanced edition of the Summer Cup.

As usual, the first session consisted of Groups A and B with an Upper and Lower round for each group. The Lower round of Group A saw Pugu of RAJA Esports thrash Tsakt of Blue United eFC 7-1. Another solid victory in front of fantom from Scarz resulted in Pugu making through to Day 3. In the Upper round, Agu and fantom made their way to the second round after edging past their opponents and had to settle their match with penalties after a 1-1 draw, Agu coming out victorious. In terms of Group B, the Lower round saw Fardinho destroy both his opponents and ease his way to Day 3. For the Upper round, Web Nasri breezed past the opponents to progress to Day 3.

The last segment of the series takes us to Africa and the Middle East. Why not take an early trip there with South Africa’s CasinoHEX. Take part in amazing games and win at the same time!

Day 3 had Agu confront Web Nasri with Web Nasri winning 2-5. This led to Agu facing Pugu, who had earlier defeated Fardinho in the Lower round. It was Agu this time who tasted a win, winning 6-1 and heading to the Grand Final. The Grand Final was a 2-legged affair with each leg having 2 legs each. The first leg was tied 3-3 on aggregate and Agu emerged victorious 4-2 on penalties. In the second leg, it was a draw once again at 4-4 and yet again, Agu came out as the winner by defeating Web Nasri 7-5 on penalties. Agu hence made a stellar comeback to win the Summer Cup Asia.

Well, that’s all for the Asia segment. Next, we will be heading to North America, which starts on the 31st of July 2020. Watch this space!