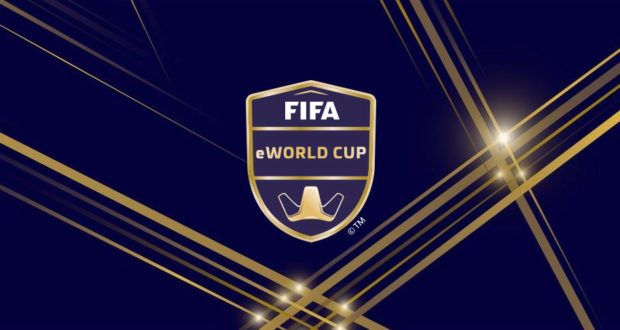 Everything You Need To Know About The FIFA eWorld Cup 2020

EA SPORTS FIFA has become one of the most sought after franchises in the gaming industry. The game has featured popular leagues, events, tournaments, competitions, teams and players presenting them in high-quality graphics, top-notch soundtracks, amazing features and play in different modes. With the game’s yearly release, there is something worth to look out for. The FIFA game allows you to participate in different leagues including the English Premier League, La Liga, Bundesliga, Serie A, and Ligue 1. As you enjoy the virtual game, you can also bet online by taking advantage of the best odds on some of your favourite teams to get real money returns.

Gamers will look out for the added features, editions, tournaments, players’ ratings, and such like in every release. Among the tournaments presented is the eWorld Cup which is a virtual equivalent of the FIFA World Cup. Participated by 32 players, the event that was rebranded in 2017 from FIFA Interactive World Cup sees the winner awarded life-changing prizes. Prizes are the epitome of every gaming alongside the fun in it. For this reason, every activity you take on video gaming, sports betting or casino betting, a prize must be on standby. Gala spins promo code opens up an avenue where you can enjoy some of the best casino prizes on their top games selection.

EA SPORTS FIFA 20 is already a few months old and the race to be among the 32 contestants is on the offing. Here is what you need to know about the FIFA eWorld Cup 2020:

The contestants will be selected through the EA SPORTS FIFA 20 Global Series where millions of participants from over 60 countries will participate. Different tournaments will be offered to provide avenues for players to get in the competition. The competitions will be played online where the players will earn Global Series Ranking Points. The top 128 participants as per the rankings will be involved in Playoffs where the points will again separate them to find the top 32 players who will proceed to the FIFA eWorld Cup. It is here that the winner will be crowned.

Players are only required to have a PlayStation 4 or an Xbox One and a copy of EA SPORTS FIFA 20. With the accessories needed, a player will create an EA Online account and register himself/herself on the site. The series is powered by FIFA Ultimate Team and FUT Champions as the game mode.

FIFA Ultimate Team gives the player a customizing aspect where he/she can build up a team, show the players’ skills, and improve it with no limits placed. The player will be solely the main controller. FUT Champions mode, on the other hand, opens a platform where the player can compete with other virtual gamers from all over the world.

The series will take place in July 2020 with the location for the Grand Final to be released later.

Just like the normal FIFA World Cup, there will be Group Stages, Round of 16, Quarter-Finals, Semi-Finals, and the Grand Finals. The 32 contestants will be pitted in four groups of eight (8) players each. Seven rounds will be played in each group. The top four players from each group will then proceed to the round of 16 where the first-placed player on one group will meet the last-placed player of another group. The second-placed will meet the third-placed player and so on. The winners of the rounds will then proceed to the quarter-finals where the best four will march on to the semis and finally, the best two will lock horns at the Grand Final.

Going by the 2019 prizes distribution, the series offers life-changing prizes in cash and an invitation to the Best FIFA Football Awards where they meet some of their idols. The 2019 series saw $500,000 distributed to all the 32 contestants with the winner getting $250,000 + Best Football Awards invitation. The other prizes were distributed as follows;