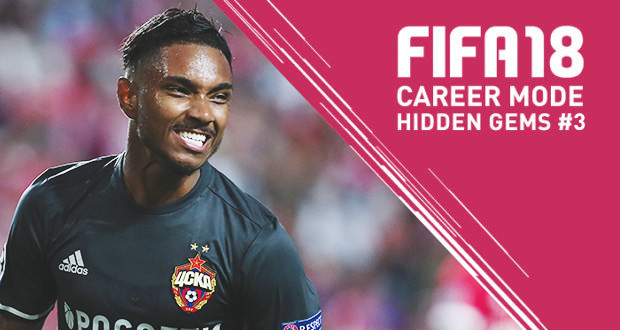 Welcome back to a new episode of my Career Mode Hidden Gems series for FIFA 18!

Today we have a few players that I used in my Atlanta United career mode and some recent transfers as well! 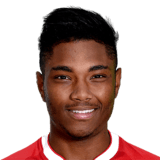 You might remember this guy from FIFA 16. I loved him back then, he had (and still has) 5* skill moves. His weak foot has been upgraded from 4* to 5*. His main position is striker, however I would use him as a CAM because he has more suitable stats for a CAM role. He has 79 pace, 79 shooting, 81 dribbling, 74 dribbling and 61 physical. His best in-game stats are 83 dribbling, 81 ball control, 82 longshots and 81 shot power. He starts off as a 77 rated player and has a nice potential of 84. 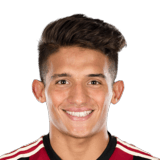 Asad is currently on loan from Velez Sarsfield to Atlanta United. This means that you can’t buy this guy in the first season. He initial rating is 72 and has a potential of 79. He does however have some good in-game stats for a 72 rated player, such as: 85 agility, 85 jumping and 85 stamina. I would suggest using him as a CAM and not as a LM. He only has 72 pace. Other notable stats are 72 dribbling, 65 shooting, 67 passing, 68 physical.

Cons: Not the best player in-game 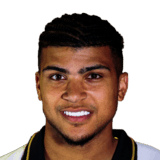 A solid RB in every FIFA for the last couple of years. With his 93 pace he keeps up with everyone and with his 88 stamina he can run at full speed for almost a full match. He also has 73 dribbling, 64 passing, 66 defending and 76 physical, which is very good for such a small (5’8″) defender. Yes, his defending isn’t the best but you can train his defending up easily. He starts off as a 74 rated player and has a potential of 81. If you run out of RM’s, I would suggest trying Yedlin out in that position. He is quick enough to run through the defense and come back on time. I wouldn’t suggest shooting with him, as he only has 40 finishing and 51 longshots. 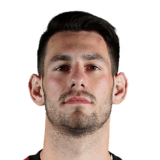 Batalla apparently got a January transfer to Atletico Tucuman, as he is on loan from River Plate. I bought him in my Atlanta United career mode and so far he has been pretty good. He makes a mistake every now and then, but you can’t complain for a 69 rated player. Batalla has a 79 potential which could be reached easily if you train him. He doesn’t have any outstanding stats at the start: 72 diving, 71 reflexes, 67 handling, 65 kicking and 62 positioning. In my opinion, these stats don’t lie. His diving and reflexes are his best attributes in game by far and his positioning does let him down sometimes.

Cons: He makes a mistake once in a while which results in a goal 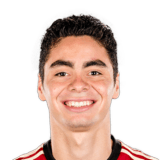 One of my favourite players in my Atlanta United career mode, if not my most favourite. He outruns every defense with his 89 pace (88 sprint speed and 90 acceleration). He also has 4* skillmoves (only 2* weak foot) and 81 dribbling, 87 agility and 84 stamina as his other best ingame stats. He has decent free kicks with 70 free kick accuracy and 74 curve. He starts off as a 79 rated player and has a good potential of 83. Definitely a player you should try out! 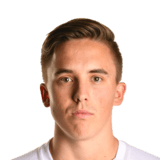 Thomas started this FIFA with a 70 rating, but has already been upgraded to a 75 rated player with a potential of 82. I don’t think I’ve seen anybody use him this FIFA, so this guy is definitely a hidden gem! He has 79 pace, 75 stamina, 78 dribbling as some of his good in-game stats. He does, however, only have 52 finishing, 56 crossing, and bad defending stats. My suggestion would be, use him as a CAM and train his finishing a lot.

Pros: Big hidden gem and good all round stats 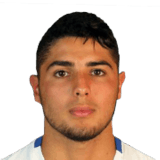 Romero recently transferred from Velez Sarsfield in the Argentinian league to PSV in the Eredivisie. Because of the transfer you can’t buy him in the first season. He has a 66 rating and a potential of 82. Unfortunately he only has 2* skill moves and 3* weak foot. He doesn’t have the best in-game stats, with his best being 83 jumping, 77 sprint speed, 74 strength and 73 acceleration. Remember he’s only 66 rated, so with a lot of training I’m sure he can become a very well rounded striker. 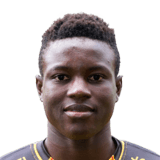 KV Mechelen lost a big talent to Ajax in Bandé. He was topscorer in the Belgium league and has now moved to Ajax. In career mode his rating is 67 with a potential of 80. He has 82 pace, 72 dribbling and 75 finishing which is pretty good for a 67 rating. He also has 4* skill moves and 4* weak foot and can play upfront as a ST or as a CF. In the latest update he has been moved to a LM, so try him out in both positions and play him there where he is on his best.

Pros: Good pace and finishing at the start

Cons: Not available in the first season 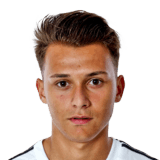 In the first part of my series, it was Hector Villalba, this time we have Fran Villalba. Fran Villalba has some very good stats for a 70 rated player (80 potential), but also has some of the worst physical stats for a player of his rating. He has 89 balance, 77 dribbling, 74 curve, 75 agility and 73 free kick accuracy, which are very decent stats. His worst stats are: 31 strength, 46 jumping, 44 shot power and 52 stamina which makes his physical rated at only 38. He doesn’t have good defensive stats either so I wouldn’t recommend using him as a CM. 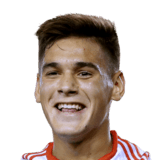 The last player on our list today is Martinez Quarta, who starts off as a 70 rated player and has a potential of 83. He is a well-rounded CB with 69 pace and 71 strength and 67 defending. You can buy him in the first season for only 3 million or buy him for around €6M when he has a release clause. He is 6’0” tall and has 78 heading accuracy as his highest in-game stat.

Pros: Good stats all around

Hope you enjoyed the third part of this series! If you found any hidden gems yourself comment below or tweet us at @Fifa_Infinity.