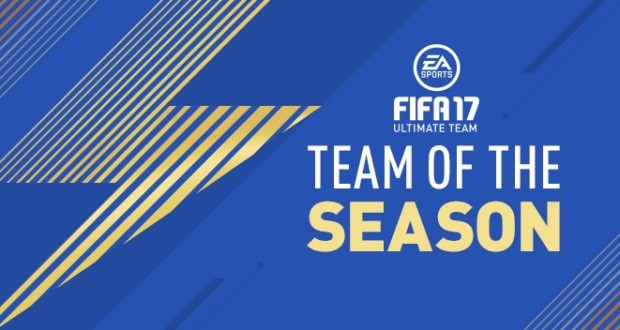 FUT 17 TOTS kicks off on May 12th with the release of the Community Team of the Season – made up of 3 squads (Gold, Silver and Bronze), entirely selected by the FIFA community and featuring a selection of players who consistently performed at the top level but just missed out on having a Team of the Week in-form.  This isn’t the only team that fans have an input on! For the first time ever, the 11 players voted by fans for the Bundesliga Team of the Season will also feature in the FUT 17 Bundesliga TOTS! Cast your vote at https://bndsl.ga/TOTS .

This is just the start! The coming weeks will see the releases of many leagues, big and small, plus an exclusive tournament reward 24th TOTS player, a super Bonus SBC that rewards fans for completing special SBCs every week, TOTS Upgrade SBCs with a chance at a guaranteed 84+ TOTW player, Lightning Rounds and a lot more!

An even bigger reward awaits fans who stay active throughout the entirety of TOTS! Each Tuesday, during TOTS, fans will have 72 hours to complete a new Bonus Reward SBC. The more you complete, the bigger the Bonus reward! Fans who complete ALL Bonus SBCs will get a pack containing a guaranteed TOTS player item! If you’re eligible for a TOTS Bonus SBC Reward, it will be granted to you on June 28th, 2017.

Completing 2 or more TOTS Bonus SBCs will earn you a special reward: