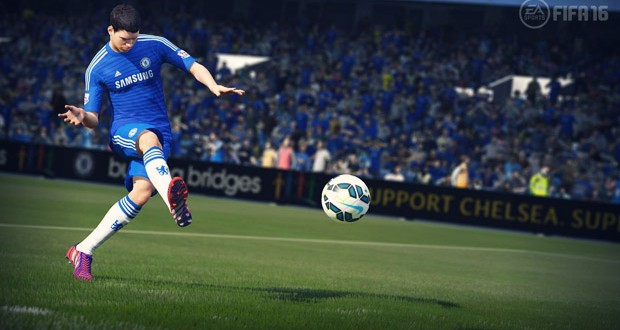 The official facebook page of EA Sports FIFA Brasil confirmed that Chelsea’s midfielder Oscar is the new FIFA 16 ambassador in Brazil and will join Lionel Messi on the Brazilian cover of the game. The cover is yet to be revealed but in the meantime you can enjoy this new in-game screenshot of Oscar in FIFA 16:

The official FIFA 16 pack art in Brazil has been revealed today featuring Lionel Messi and of course, Oscar: