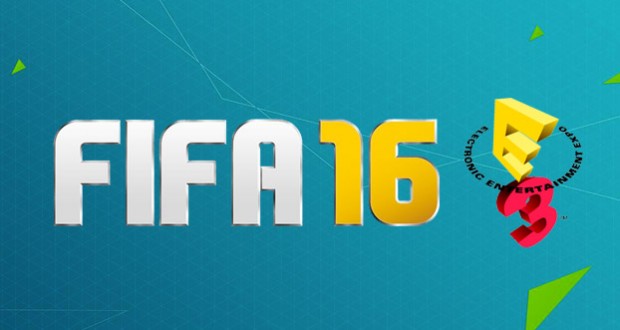 EA’s press conference at E3 finished a few hours ago and bellow you can find all the FIFA 16 features and details revealed during that presentation.

Now let’s move on to the new gameplay features with new screens attached to them:

Confidence in Defending
Defenders and attackers are balanced, creating a realistic and enjoyable experience when trying to regain possession of the ball.
·         Defensive Agility brings balance in movement between attackers and defenders, driven by more than 25 gameplay feature changes to defender locomotion.
·         Defend as a Unit injects intelligence and positional-awareness into players so they can better decide between marking an opponent and covering dangerous space.
·         New Tackling Fundamentals offers new behaviors like fake and standing tackles, as well as full-body challenges and the ability to bridge out of sliding tackles when caught out of position.

Control in Midfield
In midfield, two game-changing features make the battle in the middle of the pitch as important as it is in real football.
·         Interception Intelligence gives players the smarts to close passing channels and shutting down options.
·         Passing with Purpose offers a new driven pass to play sharp, incisive passes so you can find teammates with precision.

Moments of Magic
FIFA 16 gives fans the tools they need to create thrilling moments in attack.
·         No Touch Dribbling gives players the option to let the ball run to buy time, create separation, feint, and blow by the defender in the final third. A feature inspired by the motion capture of Lionel Messi, it changes the way players attack.
·         Clinical Finishing provides variety in shooting and more exciting goals than ever before.

“This year we’re looking at every single role on the pitch, evaluating where we wanted to innovate with all the feedback from fans, and setting out to develop the most balanced and exciting football game in the long history of the EA SPORTS FIFA franchise,” said David Rutter, VP and GM, EA SPORTS FIFA. “Whether fans prefer short and precise passes through the middle, or getting it outside and whipping in crosses, the beauty of FIFA 16 is that it offers fans the freedom to play their way and find success on the pitch.”

Compete at a Higher Level
Regardless of skill level, everyone will have a chance to Compete at a Higher Level by utilizing the EA SPORTS FIFA Trainer, a ground-breaking in-game training system which uses the context of the game to recommend options to the player. Fans can now learn as they play with an optional graphic overlay (HUD) which prompts them with gameplay options depending on their position on the pitch and Trainer level. The trainer recommendations will progress as the level of the trainer increases, which can be set to automatic or controlled manually. Basic commands get you started, while deeper hints will improve the game of the most skilled fans.

New Ways to Play
With all New Ways to Play, FIFA 16 will feature 12 Women’s National Teams for the first time in franchise history. Teams from Australia, Brazil, Canada, China, England, France, Germany, Italy, Mexico, Spain, Sweden, and the United States of America will all represent their respective federations in several FIFA 16 game modes including Kick Off, an Offline Tournament, as well as Online Friendly Matches.

A New Way to Play On the Go
For those who want an authentic football experience on the go, EA SPORTS announced a brand new mobile game in development – EA SPORTS FIFA. Launching later this year as a free download on the App StoreSM and Google Play™, the next generation FIFA for mobile harnesses the increased power of new devices to deliver stunning console-quality gameplay to phones and tablets. Fans will enjoy authentic football on their phone or tablet devices, with enhanced hybrid touch controls, new skill moves, and for the first time ever on mobile, player celebrations.

Also we’ve gathered some FIFA 16 previews, producer interviews and hands-on articles from the web that might give you an idea of how the game is:

– First look at FIFA 16, the year that brings balance back to all positions

– How FIFA 16 Is Fixing The Things You Hated

In case you want to view the FIFA 16 E3 press conference in full you can do it bellow: