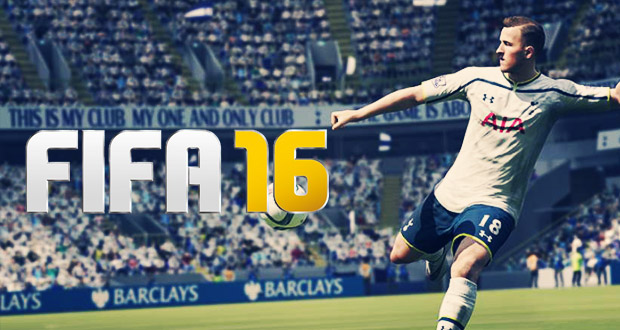 Just a few more hours to go until E3 kicks-off with the official announcement of FIFA 16 and we thought to pile up all the FIFA 16 news that we’ve managed to get until now in a roundup post.

As many of you know the main feature that was revealed to us until today was the addition of Women’s National Teams in FIFA 16 with 12 national teams making their debut in the game:

You can read more about his feature here. Also you can view the FIFA 16 trailers of the next Women’s National Teams: Spain, France, England, Sweden and USA.
The official teaser was released last weekend featuring none other than Lionel Messi:
From the teaser you can clearly observe his sleeve and leg tattoos:

Which implies that there were full body scans for FIFA 16 like the next picture suggests:

Another interesting feature is the addition of the ref spray as you can see in the first trailer of this post:

EA Sports bought the licenses of four Chinese Super League teams and most likely the rest of the league. More details here.

There are big chances to see a return of the Brasileiro Série A (Brazilian League) in FIFA 16 as FIFA have banned third party ownerships on players last May which was the main reason why EA Sports lost the licenses on the Brazilian players and league last year.

Parc des Princes (PSG) and Estadio Mestalla (Valencia CF) have been updated as the next screencaps from France and Spain Women’s National Teams trailers show:

According to EA Middle-East Community Manager, King Abdullah Sports City Stadium from Saudi Arabia will make its debut in the next FIFA!

Martin Tyler and Alan Smith have been re-confirmed as the commentators for the English version of FIFA 16 thanks to this tweet and pic:

The German version of FIFA 16 on the other hand will get two new commentators, Wolff-Christoph Fuss and Frank Buschmann:

The FIFA 16 provisional global cover was revealed a few weeks ago and you can see it bellow:

The official release dates for FIFA 16 are:

FIFA 16 will be available for PC, Xbox One, PlayStation 4, Xbox 360 and PlayStation 3! FIFA 16 won’t be released for PS Vita or Nintendo 3DS!

Prior to E3, EA Sports released these two FIFA 16 screens:

That’s everything you need to know before the E3 FIFA 16 announcement! Remember that you can watch the presentation online here starting at 9PM UK!

FIFA Fans! Should you fancy a free bet on the Copa America or Under 21’s tournament then one is available at 888 casino.