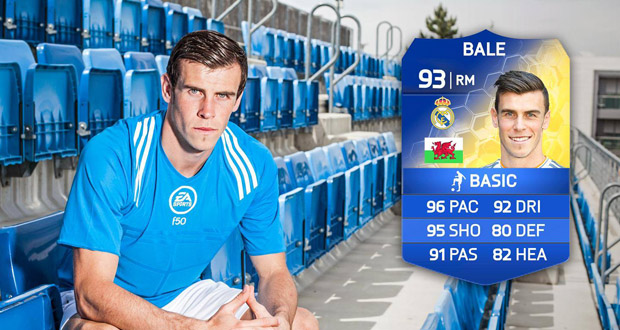 The transfer market on Ultimate Team web app is still unavailable while the EA dev team is working to ensure long-term improvements to it. Here is their latest official statement on this issue:

Trading on console and the Mobile Companion App remain available while we continue to work on Transfer Market improvements for FIFA 14. The FUT Web App will continue to be available, but with trading disabled until further notice.

We consider this a priority and have a team working on Transfers to make sure they are optimally functioning across all platforms. We appreciate your patience and apologize for the inconvenience.

As you can see from the message, you can still  use the transfer market on your console and the mobile companion app.

Last Wednesday, some lucky FIFA players received, for unknown reasons at that moment, many free gold packs in FUT 14 while others didn’t received anything. The reason behind these free packs was a system error in FUT that has since been corrected. If you received a pack, since this was a mistake from EA , it’s yours to keep.

Yesterday EA Sports announced that starting 29th May FUT players across all platforms will be able to enjoy for free the World Cup experience in their favourite game mode. FIFA 14 Ultimate Team: World Cup, a separate mode within FIFA Ultimate Team (FUT), lets players build their ultimate squad of players from all 32 National Teams attending this summer’s tournament in Brazil. FUT World Cup features all 32 National Team crests, National Team kits, the official adidas Brazuca match ball, the Estadio do Maracana, and an all-new theme within FUT 14. Players can improve their team to make them tournament contenders by acquiring new players and consumables from special Packs in the FIFA 14 Ultimate Team: World Cup Store. Every FUT World Cup Pack includes a free Gold Pack available for use in the traditional FIFA 14 Ultimate Team experience. FUT fans will also have the chance to write football history. With Online and Single Player tournament modes, players can compete through the group stage and knockout phases in order to win the FIFA World Cup. By winning matches, players will earn in-game virtual coins that can be used to acquire packs in the FIFA 14 Ultimate Team: World Cup Store to strengthen their squad. Fans can increase squad chemistry by finding and playing with players from the same country or governing confederation.

Bellow you can find FAQ’s regarding this new mode with screens attached to them, as well you can see the official trailer of this new amazing mode:

Which platforms is FUT World Cup available on?
FIFA 14 Ultimate Team World Cup is available as a free update to EA SPORTS FIFA 14 on Xbox 360, Xbox One, PlayStation 3, PlayStation 4, and PC on May 29, 2014.

How can I add new players to my squad?
Players can be added to your squad by buying packs with FIFA Points or coins in the FUT World Cup Store. You’ll also be awarded coins and packs as you progress through the World Cup.

Can I trade my players in FUT World Cup mode?
No. To keep the tournament experience authentic, items from FIFA 14 Ultimate Team World Cup are unique, untradeable, and can only be found in World Cup packs. However you’ll receive one free Gold pack in FUT 14 for every pack purchased in FUT World Cup.

Will I be able to manage multiple squads?
In FUT World Cup, you will manage a single squad and lead them to World Cup glory. However, you can keep more players than the 23 available in your squad. Simply search your Club to add them to your squad.

Will my Club players from FIFA 14 Ultimate Team be available in FUT World Cup?
No. To keep the FUT World Cup as authentic as possible, you won’t be able to bring your current squads to the FUT World Cup. This is a completely separate experience, with no need to worry about your existing FUT squad.

Will I be able to use my coins from FIFA 14 Ultimate Team in FUT WC, and vice versa?
Yes, you can use your FUT 14 coins and FIFA Points in FUT World Cup to purchase packs from the FUT World Cup Store.

Will FUT World Cup player ratings be the same as FUT 14?
Some players in FUT World Cup will feature new ratings from those in FUT 14.

Can I play a friend online?
No, Play-a-Friend mode is not available in FUT World Cup. Instead players can compete in the full 32-team World Cup tournament mode both online and offline.

Can I access FUT WC from the Web App or Mobile Companion App?
No. FUT World Cup can only be accessed from your retail copy of FIFA 14.

How will chemistry work in FUT World Cup?
Players can build team chemistry by linking up with other players from the same country or confederation (Europe, South America, Africa, etc).
Stay tuned in the following days as we reveal updated ratings and additional info regarding this update.

If I don’t play FUT can I play with the new World Cup update as a kick-off mode?
Yes, FIFA World Cup Kick-Off mode will be available as well for free on 29th May but only for  XB1 & PS4 players!

On Tuesday, May 20th 2014, EA SPORTS also announced that FIFA World Cup Brazil content is coming to FIFA 14 on mobile. The difference from the console versions is that the free update is already available on the App Store, Google Play, Amazon Appstore and the Windows Phone Store. Until the tournament begins, jump into Matches of the Week to play the most memorable matches of the FIFA World Cup qualifying stage. From May 20th to June 12th, six new matches will be available every week featuring authentic players, National Teams, and kits. As soon as the 2014 FIFA World Cup Brazil starts, all 32 National Teams will be added to Matches of the Week following the real tournament schedule. Pick a team from the twelve available each week and compete against their real 2014 FIFA World Cup opponent.

This week EA Sports released La Liga and Rest Of The World TOTS featuring the best players of the 13/14 seasons in their leagues:

These IN-Form players will be available in packs from 21st May 6:00PM – 5:30PM 28th May. You can view this team in the Web App or more detailed at FUTHead.

You can participate in two new tournaments this weekend called Spanish Year End and Best of the Rest. Bellow you can view the squad requirements and the prizes for winning each tournament:

In other news, the beta version of the mmo game FIFA World is now worldwide available to play. You can download the game from here and start playing it for free! Bellow you can read the fact sheet of the game with all the included features and you can also view four in-game screens and the official trailer:

Free-To-Play FIFA has arrived for PC, giving fans a new way to play the beautiful game! As a live service FIFA World connects to the pulse of the sport with dynamic challenges, social features, and fresh content that reflects the latest from the real world of football. Connect with your club, your friends & the pitch like never before – it’s always a new FIFA World.

Fans chose how they play; with casual mouse controls, traditional keyboard or core gamepad devices. Fans can lead their club and country to victory in Online Seasons, or build their own Ultimate Team and compete against their friends and the community in Online/Offline Seasons and in featured tournaments.

Last thing we have for you are the next FIFA 14 related guides and articles of the week:

– The Best Not Going to the FIFA World Cup

Thanks for reading this week’s FIFA 14 news! See you next week!