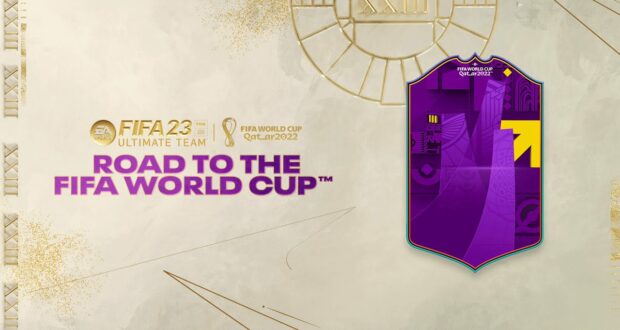 With the FIFA World Cup in full swing, EA Sports decided to celebrate this week how each nation got to the final tournament in FUT 23. The Road to the World Cup promo highlights the best players from the FIFA World Cup qualifiers who inspired their nation’s run to the world’s stage.

Road to the World Cup Team

Lots of big names feature in the Road to the World Cup (RTTWC) Team, with French star Kylian Mbappe among those included.

Below you can check the full official RTTWC squad that will be available in packs until next week:

Surprisingly, Luis Suarez is the only player in this team that is not assigned to his club and simply represents Uruguay. La Celeste will face Portugal on Sunday evening in Group H that will be crucial in order to move on to the next round. This match will be very important for anyone with an interest in betting on the World Cup.

The stars of qualification who inspired a nation 🤩💪

During this campaign, more special player items can be unlocked by completing themed Squad Building Challenges and Objectives in FIFA 23 Ultimate Team. Some exclusive SBCs you can find in FUT 23 are:

If you check the Objectives menu in FIFA 23, you will see more themed content you can unlock such as:

In order to obtain this card you must complete the following FIFA 23 tasks:

This Objective will expire on Friday, December 2nd.

Another RTWWC card you can get is the one of Japan’s left-midfielder Kaoru Mitoma, available as a Silver Stars Objective.

As previously mentioned, some of the most legendary World Cup players will be released during the World Cup promos in FUT 23 and today we have the first FIFA World Cup Icons team released featuring:

Legendary performers who cemented their places in history 👑

Similar to Campaign Heroes, World Cup Icons will replace their Base & Mid version while available in packs. Some World Cup Icons may only be available as Player SBC or Objectives rewards such as Robin van Persie or Bastian Schweinsteiger.

As this World Cup campaign coincide with the Black Friday, EA Sports prepared even more content for its players. One of them is the ‘Best of TOTW‘ team that feature the best in-form players from TOTW 1 to TOTW 9 and include:

These in-forms will be available in packs for a limited time.

Get the #FUT festivities started early with an all-new Best of Team of the Week, available now in #FIFA23. pic.twitter.com/gqY8nO1B5v

In addition to ‘Best of TOTW’, there will be even more Black Friday content in FUT 23 such as Flash SBCs, Pack Promos and themed Objectives.