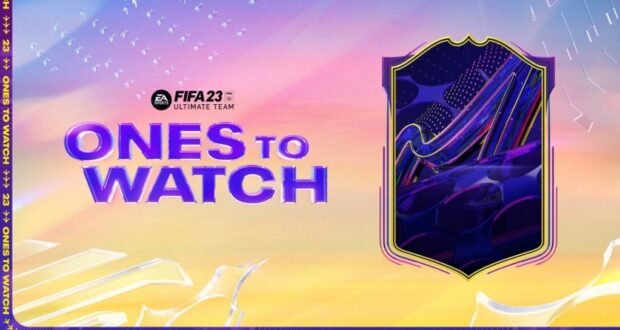 FIFA 23: Ones To Watch Promo Announced

The annual promo is back once again.

First released in FIFA 17, the Ones To Watch (OTW) promo returns with a new a team, squad building challenges (SBCs) and objectives.

What Are Ones To Watch?

Ones To Watch (OTW) are special dynamic items that celebrate the biggest moves during the summer transfer window and receive upgrades based on real life performances during the 2022/23 domestic season.

These special cards will get upgraded when a player receives an in-form (IF) like Team of the Week (TOTW) or Man of the Match (MOTM) in FUT 23.

OTW players can also receive upgrades via the ‘Wins to Watch’ mechanic that will enable a one-time +1 in-form upgrade if their team wins three out of their next eight domestic league matches starting from September 30th, 2022. The OTW players will receive the upgrade even if they don’t feature in the games as long as their clubs win.

In case an OTW player changes clubs during the season and receives an IF at their new clubs, their OTW item will be updated with the player’s new club and latest IF rating.

Moreover, an additional OTW upgrade can happen with to the new ‘Nations to Watch‘ mechanic that will allow a one-time upgrade if their national team wins a game at the FIFA World Cup 2022.

Ones To Watch Team

If in previous years EA Sports released two OTW teams, this year there will only be a single one that features the next players:

3️⃣ more Ones to Watch have entered the frame. Check out all 15, now available in #FIFA23.

All these players will be available in packs until Friday, October 7th.

Ones To Watch Objectives

If you check the Objectives section in FUT 23 you will see that there are some extra OTW players that you can unlock, such as:

To get Tottenham’s Brazilian striker you will need to complete the following tasks in FIFA 23:

This objective will expire on Friday, October 7th.

🚨Richarlison🇧🇷 is added to come via OTW Objective🔥

Imagine if he receives a TOTW card this wednesday 🔥

To get AC Milan’s Dutch right back you will need to complete the following tasks in FIFA 23:

This objective will expire on Tuesday, October 11th.

Ones To Watch SBCs

If you move over to the SBC section, you will see even more OTW players that can join your club:

New club. New colours. All eyes on him 👀⚫️⚪️

Ones To Watch Tracker

To keep up with all the upgrades of each OTW player, twitter user @HelmarDesigns has created a simple infograph with all the details of potentail upgrades that can be viewed below:

✅ Antony & Richarlison have now won 3 games & will both upgrade on Wednesday.#OTW | #FIFA23 pic.twitter.com/veZ8sGGh0X

This post will get updated with more info about OTW as EA Sports releases them.