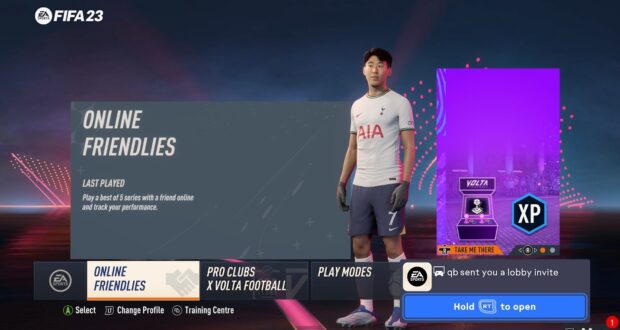 EA appears to have released the full version of FIFA 23 on Xbox consoles.

Earlier today various Xbox players with access to the Closed Beta, reported that due to a glitch they managed to download the full version of FIFA 23 on Xbox One and Xbox Series S|X.

The game was set for global release on September 30th but a few lucky players got access a month earlier. Leaked footage from game modes such as Career Mode, Pro Clubs and Ultimate Team are already being shared across social media.

Player ratings from clubs such as PSG, Barcelona, Manchester City or Real Madrid are also shared and more are expected in the following days.

Some are reporting that the glitch has been patched and users can’t download the full game anymore but those who have, continue to have access and play the full game, some even streaming it on Twitch.

However, many are questioning if this leak was truly a mistake or just a simple marketing stunt to get the fan base hyped before the official release. As it stands, FIFA 23 is now trending across all major social media networks and more and more people are talking about it.

If this is a marketing trick then EA manged to generate massive publicity for their game basically for free. Fair play EA!