Latest News
Home / FIFA 22 / FIFA 22: Everything You Need To Know About The Silver Stars Series Promo 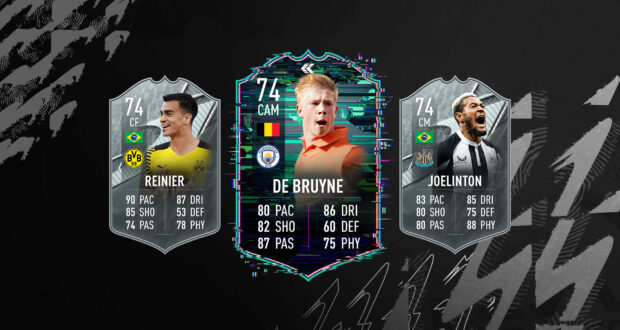 FIFA 22: Everything You Need To Know About The Silver Stars Series Promo

Albeit somewhat later than expected, the Silver Stars Series Promo has finally arrived in FIFA 22 and the latest FUT22 offering has divided the FUT community almost equally.

With a host of players, player types, and desirable stats and traits, there is a little something to be gained for each item packed and earned.

What is the Silver Stars Series Promo?

EA Sports have released a one-of-a-kind promo in Silver Stars Series, a campaign that puts the spotlight on the game’s silver items. Rather than dropping all the special cards at once as in previous promos, there will be daily “drops” with new items expected to shake things up.

Silver Stars Series cards are theme-based with speed and flair as the most common shared traits for the promo and you can expect to see up to 2-3 cards being added everyday. All cards released with this promo will be 74-rated with boosted stats that usually aren’t found in silver cards.

Interestingly, a major portion of the community is not amused by the promo citing the lack of use for the silver items. FIFA 22 is well into its advanced life cycle and silver items like these don’t bear much benefit against most teams unless you happen to be playing the Silver Lounge FUT Friendly mode.

Even then, chances are that you will be greeted by almost identical squad rosters game in, game out. Therefore, if you would like to show your love and support to the club and player within this promotion, you can do so on betting sites not on gamstop. All sites mentioned within the gaming platform offers fantastic odds, bonuses and much more.

Nevertheless, the player list does include some exciting names and stats. These new and exciting 74-rated cards can be earned through Squad Building Challenges (SBC) or Player Objectives. As for the time being, this is what the roster looks like:

A good place to start using the newfound players would be the Live FUT Friendly: Managerial Masterpiece. Adding some overpowered players while keeping the overall rating of your squad down is bound to work in your favour. Popular FIFA influencer NepentheZ also pointed out on Twitter that more content like the current Silver Gauntlet objectives could be released further down the line, which would keep the Silver Stars Series cards relevant.

This Silver Stars content has been brilliant for me so far. I hope they keep the momentum going, by putting more content like "Silver Gauntlet" in every other week or so, to give meaning to these silvers beyond this promo week. #FUT

That should help bridge the gap between the divided sides on the Silver Stars Series Promo release. Let us know what you think of this promo release and what content would you like to see released for this campaign!