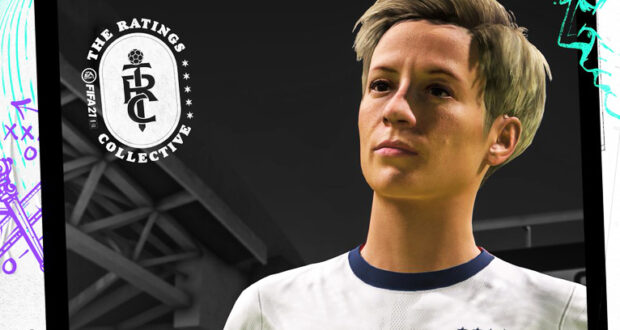 Last week, we were treated to the Top 100 players in FIFA 21. EA’s “The Ratings Collective” is a rather suave program started by EA Sports to shine a light on every player’s FIFA rating and they have been rather busy this week announcing the top players in various categories including the top dribblers, top passers, the fastest and the strongest players for example. They even announced the highest potential wonderkids for us Career Mode folks which was a hoot and a half. Interestingly, a few hours ago, EA also revealed the top women players in FIFA 21 and we are here to put those ratings under the magnifying glass. So, let’s jump into it!

Without further ado, here are the top 10 female players in FIFA 21:

We don’t seem to notice any major upsets or surprises other than maybe both, Alex Morgan (11th) and Lieke Martens (12th) just missing out on the Top 10 at an 89 OVR. One surprising rating however, is that of Canadian forward Christine Sinclair. The 14th best player on FIFA 21 sits at an 89 OVR despite being the world’s leading international goal scorer. Lastly, the 15th (and last) player on the list is Julie Ertz of the US Women’s National Team at a rating of 88 OVR. 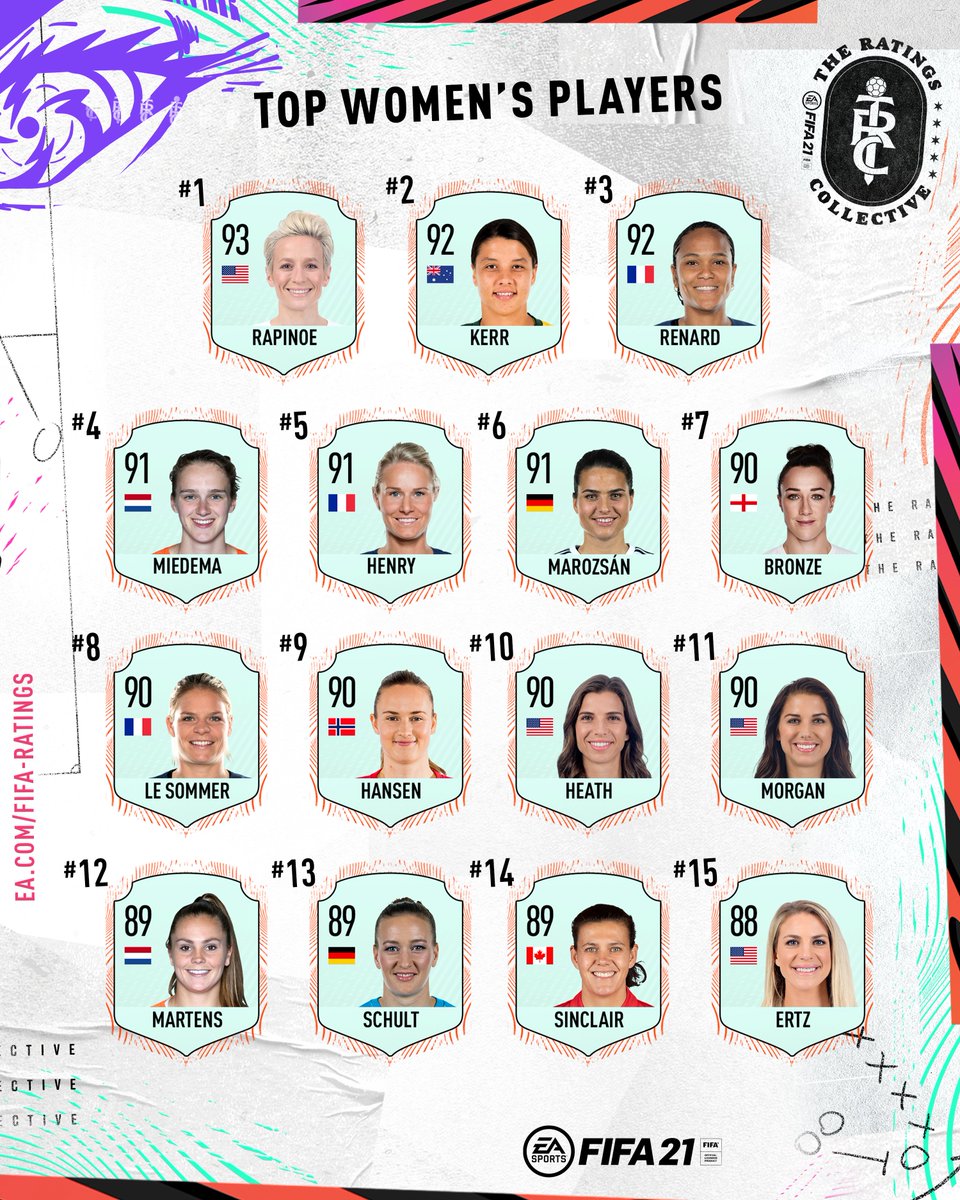 Keep in mind that the FIFA ratings for women players is only taken considering the international performance, as only national teams are available to play in the game. There is certainly hope for women’s clubs to be included in the future iterations of the series. Having said that, it is definitely a welcome sight to see Vivianne Miedema rated at a 91 OVR, making her the 4th best player in-game as her performances for Arsenal could see her be rated even higher in the future. Speaking of NSWL, Alex Morgan might get into the Top 10 again soon after signing for Tottenham FC a few days ago. Megan Rapinoe maintains her status as the best female player in-game after guiding the USWNT to another World Cup title and subsequently being awarded FIFA’s The Best Award for Women.

Speaking of the trends, it was difficult to ignore the fact that USWNT has the greatest number of players in the Top 15. That is understandable given that international performance takes precedence in determining the ratings. The next most represented nation is France and if we were to see women’s clubs and competitions included in future FIFA titles, we might see them in greater numbers after the consistent performances by French players, most notably from Olympique Lyonnais, in the UCWL.

And that concludes our analysis for the Women’s Player Ratings. In case you missed the previous rating announcements, make sure to check them out on FIFA-Infinity!