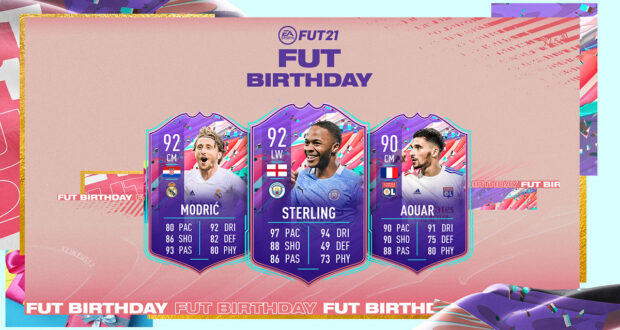 As previously revealed,  the second FUT Birthday team is now in packs featuring a new selection of players with boosted ratings and a 5-star upgrade to either their Skill Move or their Weak Foot. Here’s how the second squad lines up: 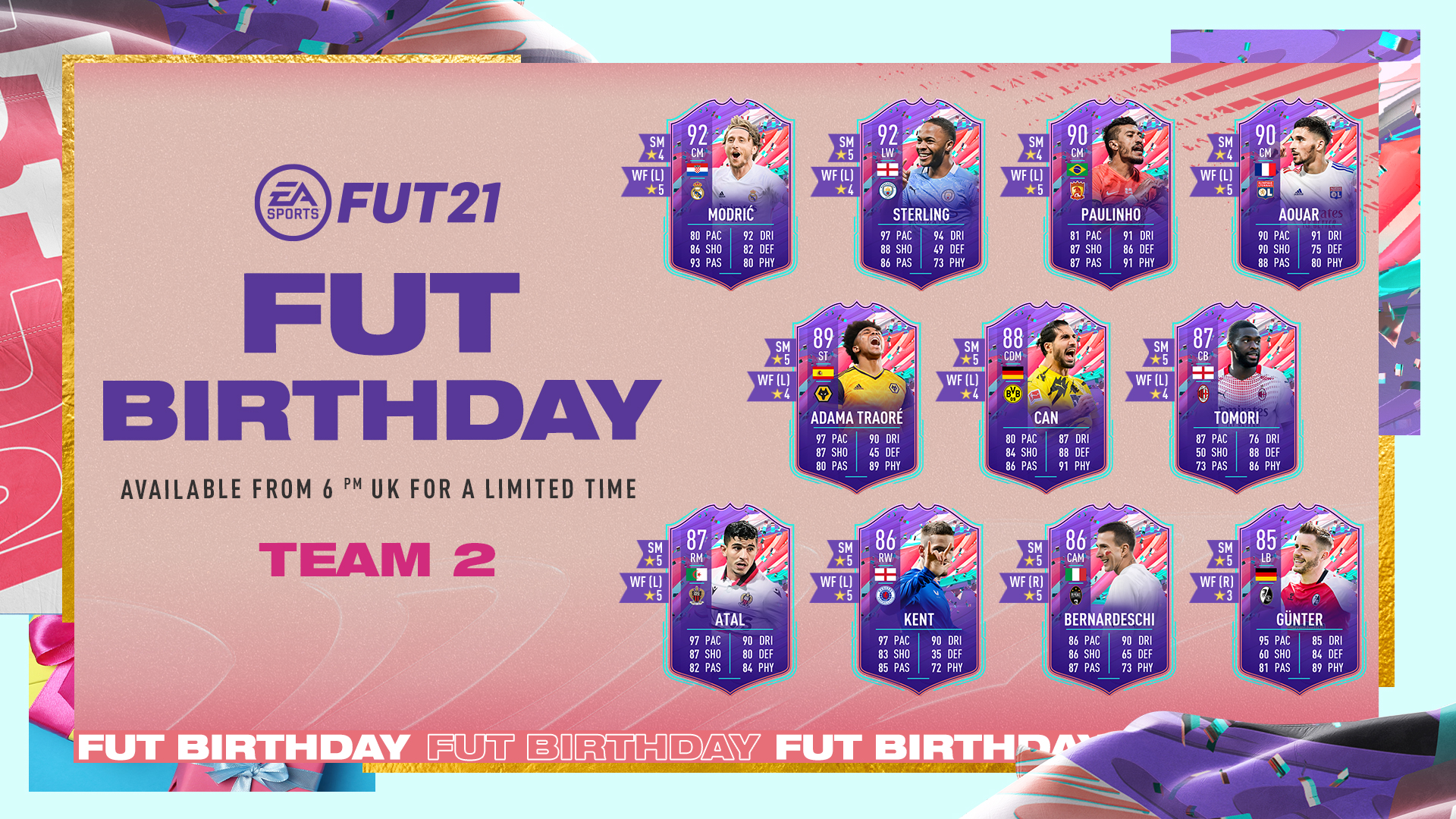 These special players will be in packs until next Friday, April 9th.

In addition to the eleven players presented above, EA released a new themed SBC featuring the former West Ham player, Dimitri Payet. To get the 90-rated player in your club you need to fulfill the following SBC requirements:

The cheapest solution for this SBC can be found here. Moreover, you can complete the Anniversary Celebration SBC for a Premium Electrum Player Pack (12.5k). 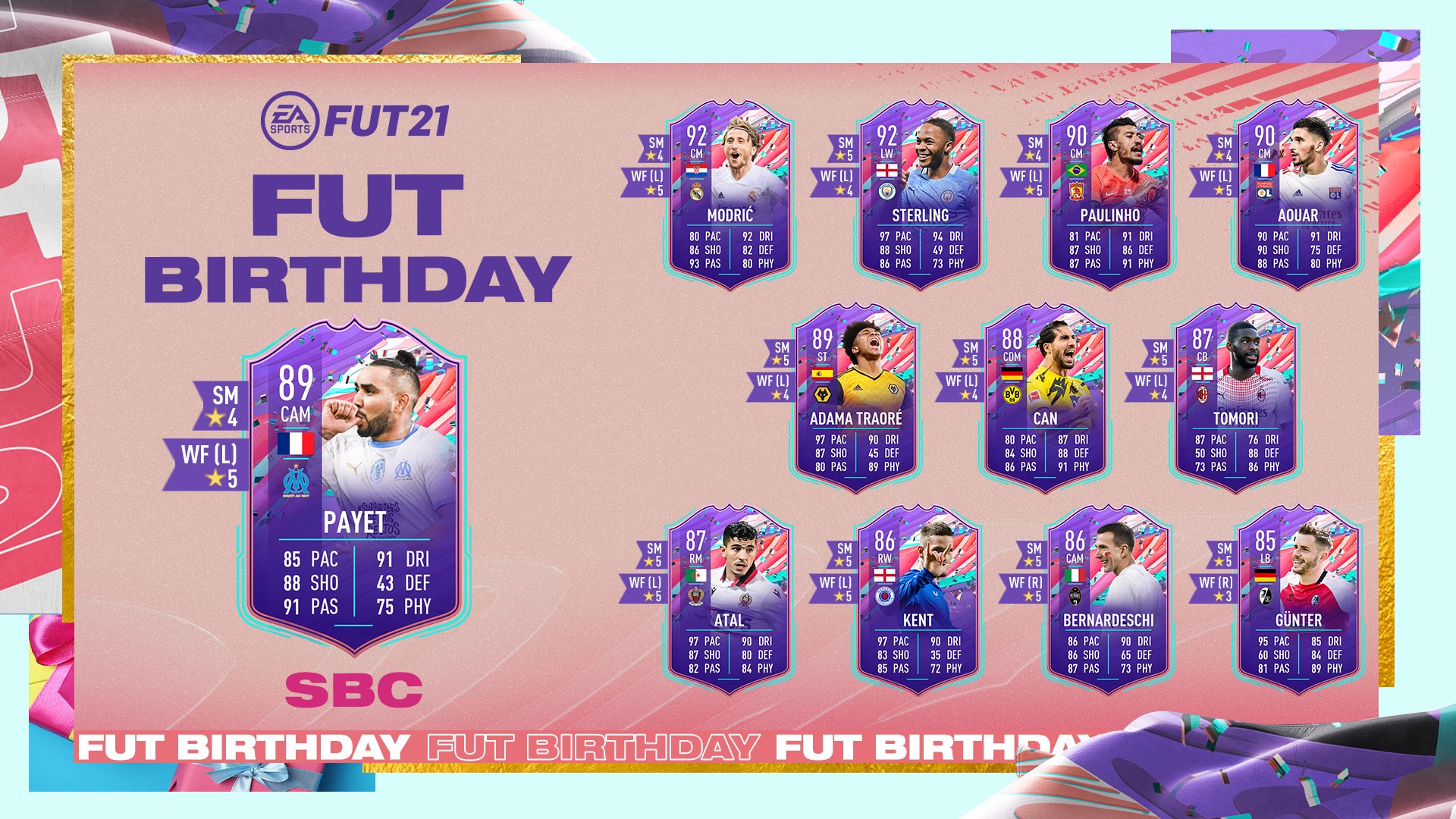 Of course the themed Player Objective couldn’t miss from this promo and this week we have the 87-rated Hamza Choudhury from Leiceister City in the spotlight. To unlock the central defensive midfielder you need to complete the next in-game tasks: 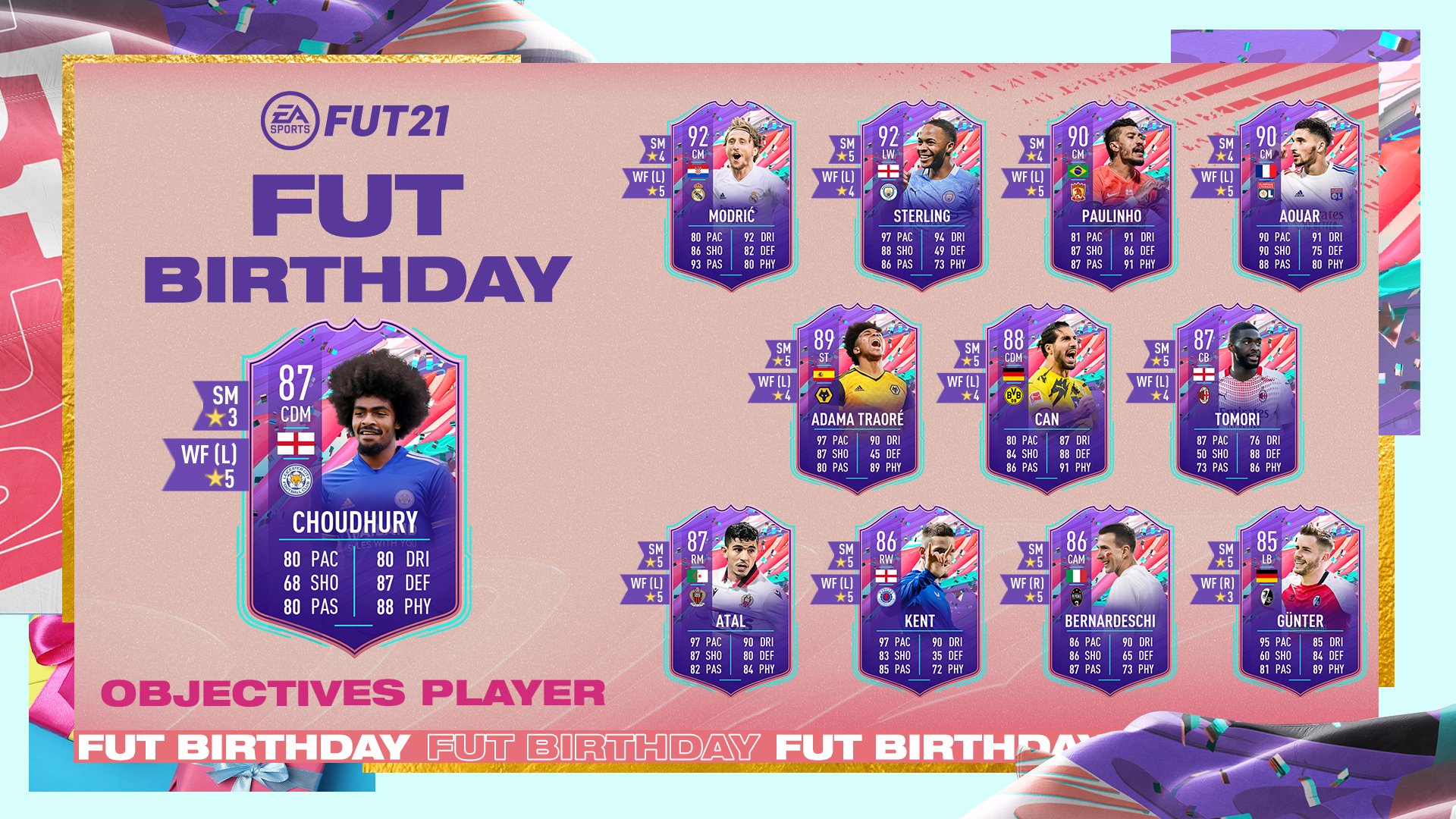 Pretty easy objective for a quality card. This objective will stay up until April 9th!

Not related to this promo, EA also dropped the new LaLiga POTM SBC in FIFA 21 with Karim Benzema winning last month’s award. The SBC requires an 83 and 85 rated squads which is an amazing value for a 94-rated card!