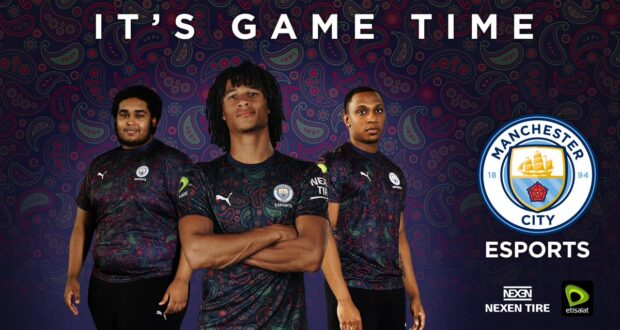 Manchester City Football Club has been a remarkable journey to the top since Sheikh Mansour took over majority ownership of the club in 2008. Since the Emirati politician come into power, evident progress has been made both on and off the pitch as the Citizens strive to dominate the football landscape. More recently, Shellzz picked up the ePremier League trophy in front of fans at the Etihad Stadium to highlight, once again, just how much the club is thriving.

We've got a @mancityesports kit in #FIFA21 for the first time ever!! 😍

Grab yours in #FUT21 today!

What about that 🍌goalkeeper kit though… 👀 pic.twitter.com/ysGXm3z4cL

Man City Group Media Director, Gavin Johnson, feels the club’s long-term plan in the esports arena is paying off. He recently told dexerto.com: “In everything we do, we want to win, and obviously, with it being an esports environment we’ve got the chance to win. We also know that we’re going to have losses. You go back to the mentality of the club, when you hear Pep talk [after the Champions League loss], he will be surrounded by support, help, and advice from right across the organisation, and it’s exactly the same in esports.”

Johnson added: “We’re not going to win every time. Shellzz won the ePremier League but it’s been an up and down journey to get there. Will he win next year, who knows?”

He’s right, too. Manchester City is far from guaranteed winners year on year but fans of the esports arena would struggle to find reasons why they can’t dominate. The club has the resources in place to recruit the right players and improve them along their journey, alongside a winning mentality that runs through the organisation from top to bottom.

Yes, Manchester City missed out on the Champions League trophy, but they will most definitely go full pelt for it once again in the upcoming season. Likewise, the same applies to esports, with the club expected to be there or thereabouts in the competition. We expect those tipsters who provide esports betting tips and news to back Man City. It’s a club capable of hogging the headlines, the esports limelight, and the overall football climate, given the immense resources and determination to be football’s major force. The club hasn’t got there yet, but in terms of the esports arena, they’re
clearly in no rush.

Long-term stability is at the forefront of the club’s aims, as Gavin Johnson says: “It’s about having a long-term strategy of investing, learning as we go as well, not being afraid to stop doing certain things and start doing others. But having a long-term focus on showing up authentically and credibly in the esports space. Along the way, making sure we have a structure in place to help the likes of Ryan [Pessoa] and Shellzz. If we win, brilliant. If we don’t, we will learn and go again.”

The club has even recruited a mental coach to support the esports team along their journey to greatness. Such a positive step, especially given the global health crisis at the moment, has helped the City’s esports players immensely, namely ePremier League trophy winner Shellzz. He recently said: “People from my previous team, they used to say ‘Shellzz is so good, I don’t know what it is, but sometimes he shows up, and sometimes he doesn’t. I’ve always had that in my head, where I’ve got the ability, but it’s trying to find a way to break through mentally.”

This forward-thinking, innovative approach to esports gaming is one of the many reasons why Manchester City is expected to become a major force in the esports scene. Throw in the success of Shellzz, the innovative methods the club is using to get the best out of their players, and then the collaborations with FaZe Clan and its content creators, and Manchester City is a club well and truly on course for esports domination. Overall, it’s a club on quite a journey.