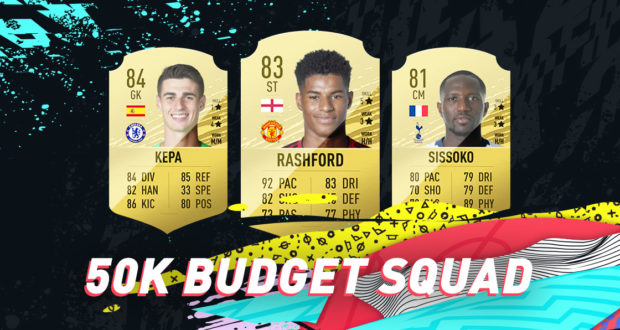 FIFA 20 Ultimate Team Budget Squad To Get You Started

If you are just starting to build your FIFA Ultimate Team club, you probably do not have enough coins to buy some star players that will get you right into the first divisions. However, if you were lucky enough in your starting packs, played a few games and completed some objectives, you should have around 50K coins to spend on your first team. Luckily for you, FIFA 20 has been around for a while and the prices for some OP players went down. You can actually get some good players really cheap and have a decent starting team, a team that players who started a few months ago could only dream about. For example, a good CM player card like Sissoko initial cost was around 60K, while that card now costs only 2K!

When you first start to play FUT, chemistry is the biggest issue. You don’t have to worry about chemistry if you have 11 players from the same league and that’s exactly what we are going to do here. We won’t build any hybrids because there is no need for that as you do not have any untradable players that need to fit in your team. It is enough to just pick a league and go for it.

The best budget team you can build right now is a team from Premier League. Due to the high amount of players that prefer PL, this league has the most expensive players at the very beginning of every FIFA. As new in-form cards come out, people are starting to sell regular cards at very low prices and that is exactly what we want. We want good players that are cheap and we can get them in PL. Take note that we need fast players for this team because we don’t have enough coins to get you the skilled ones, and as we all know, the pace is everything in FIFA.

All the prices listed below are BIN (Buy-It-Now), you can get most of these player even cheaper on Open Bid auction! 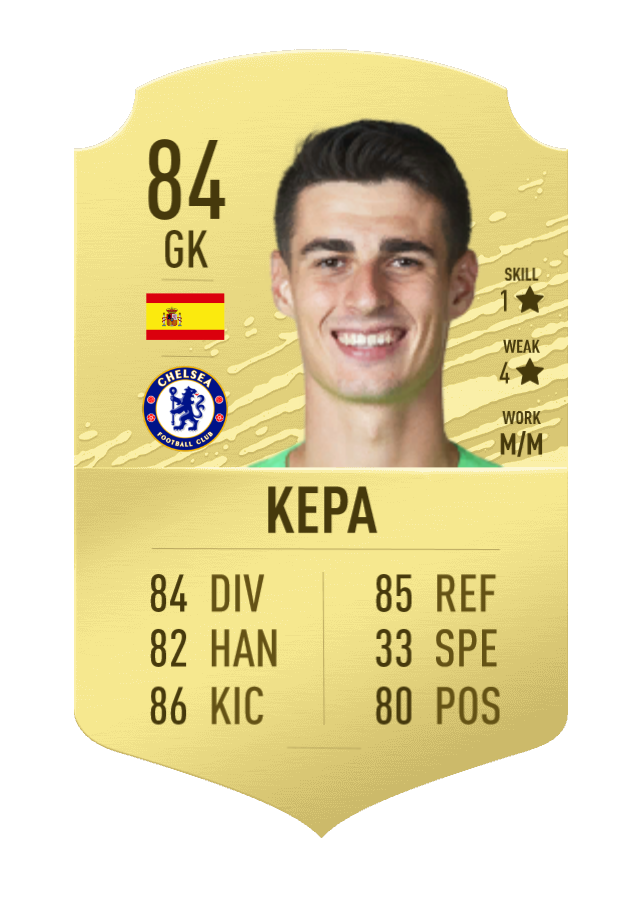 The goalkeeper is not something you should focus on at the beginning. A good team is a priority and the goalkeeper comes last. You just need a goalie that will do his job and won’t concede any goals from 20+ yards. Kepa will do the trick as he is above average, 84 rated goalkeeper that can play even in some tier 1 teams. 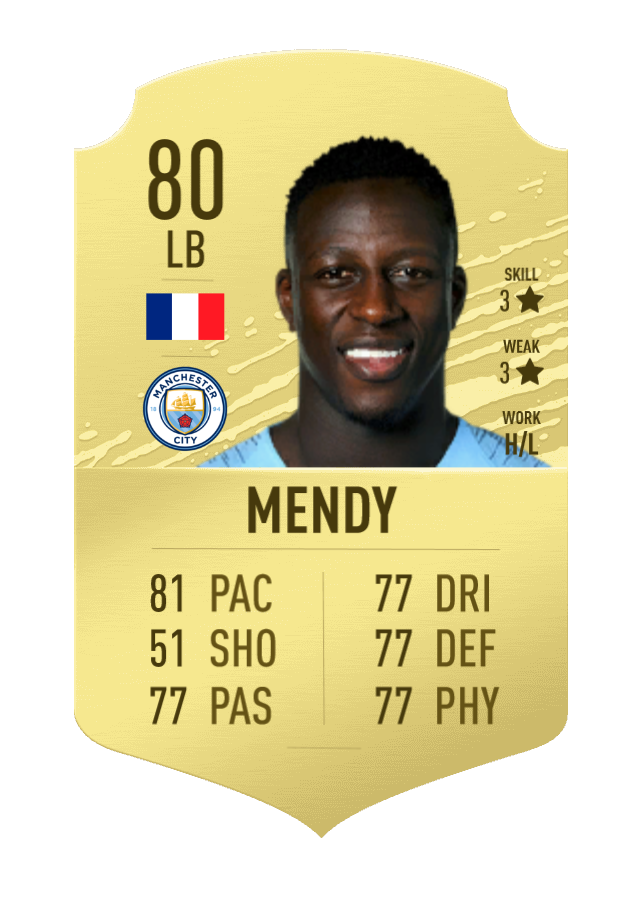 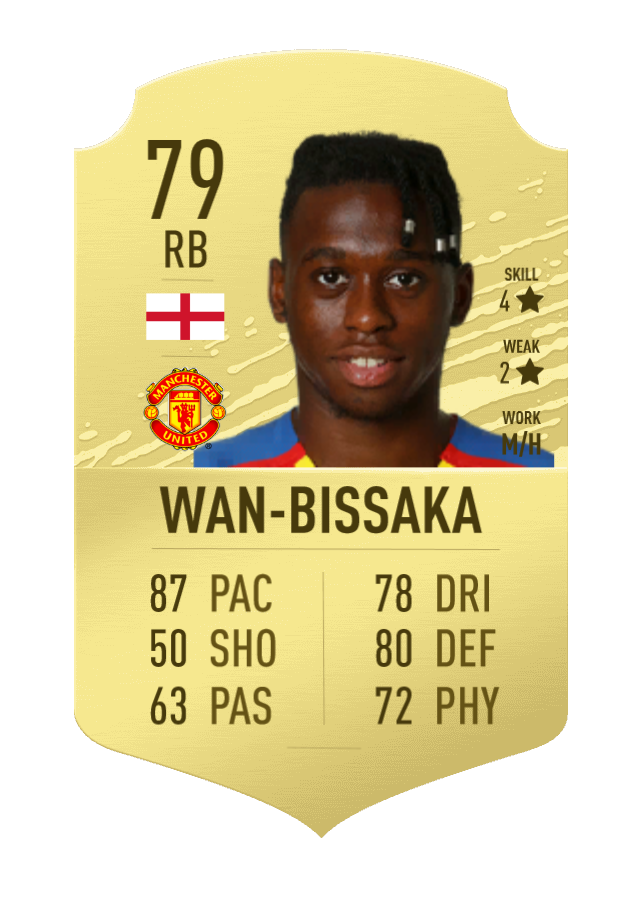 Mendy is nothing special but his grades are more than good. With 81 pace and 77 defending and physicality, he will be a decent addition to your team for only 2,500 coins. On top of that, Wan Bissaka has 87 pace and 80 defending. He is also one of the faster defenders in the game. 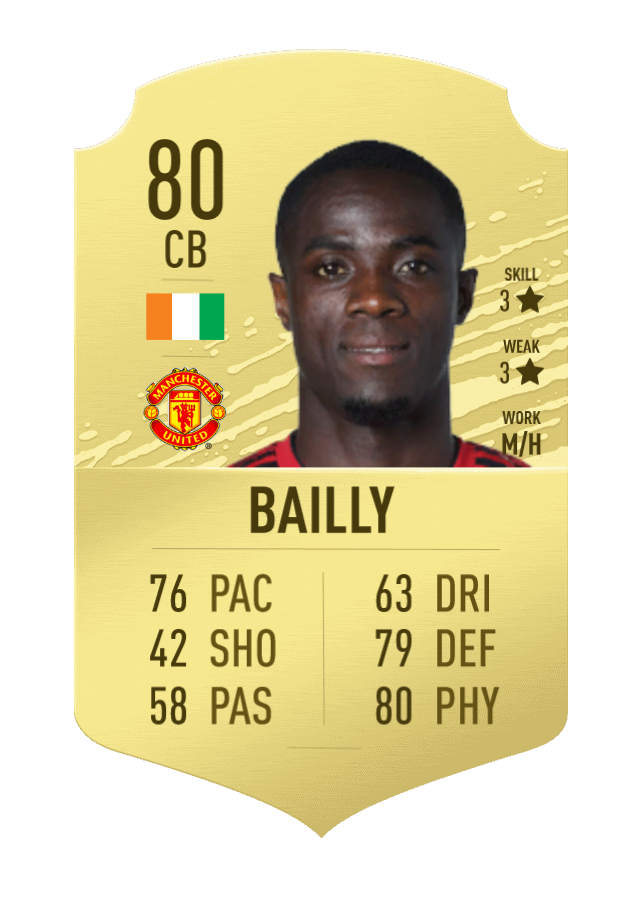 Although Bailly is not the best defender in real life, his FUT card is pretty good. 76 pace for a defender and 79 defending is enough to get you started.

Sanchez was really expensive when FUT 20 came out. His price was around 40K. However, he is now affordable and can bring a lot to your defence. Just look at the stats, 74 pace and 83 defending are all that one defender needs in FIFA. This duo is both fast and reliable and can save you from a lot of goals. 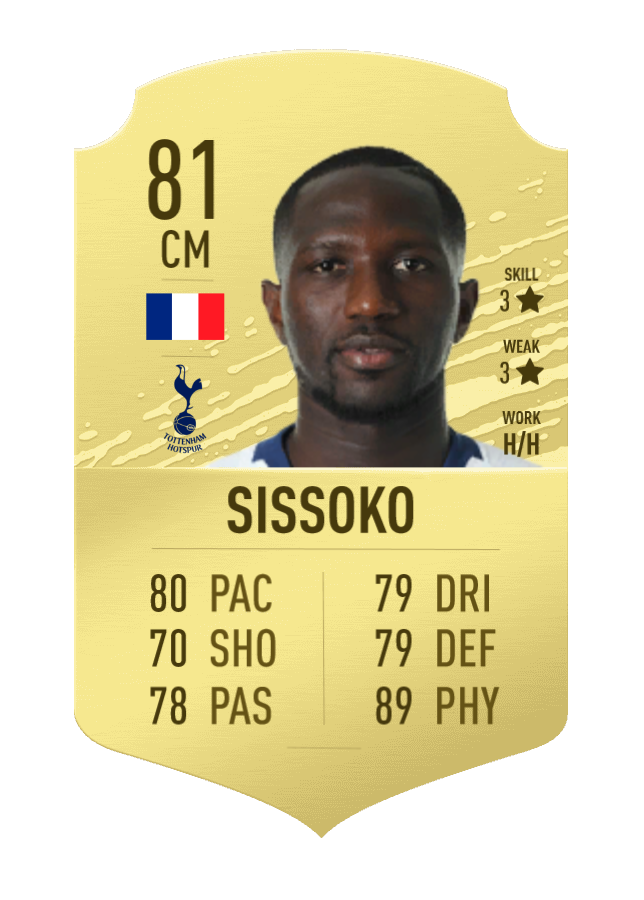 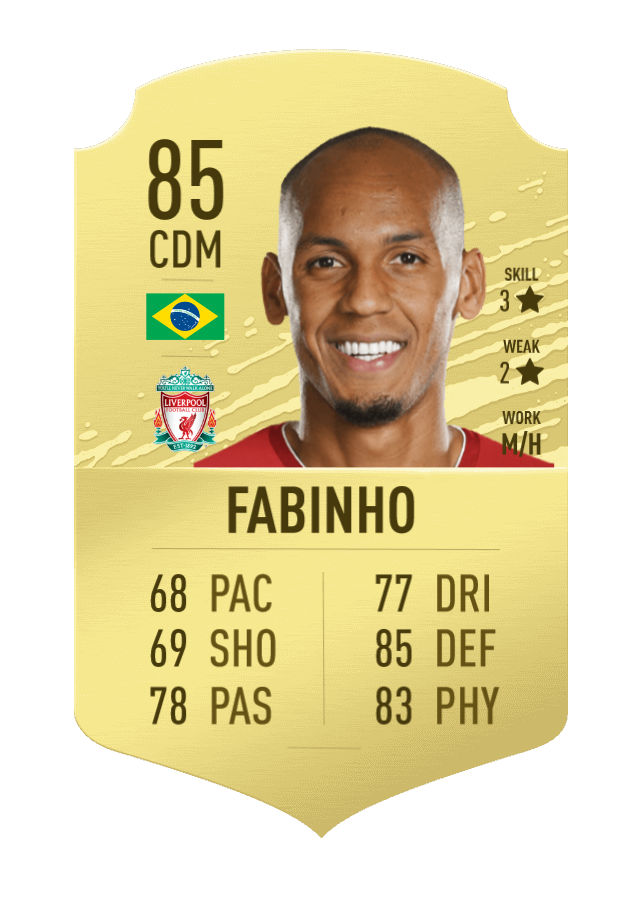 We will have to spend a little more on midfielders because those guys have to organize your game. All 3 of them are all-around players which means they can both defend and attack. They also have good passing skills so they won’t make any silly mistakes. 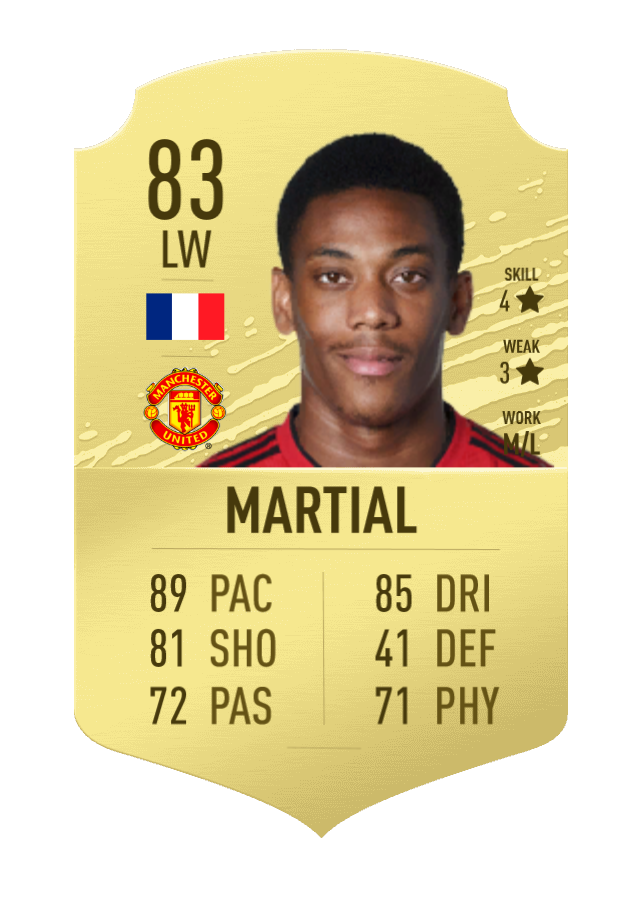 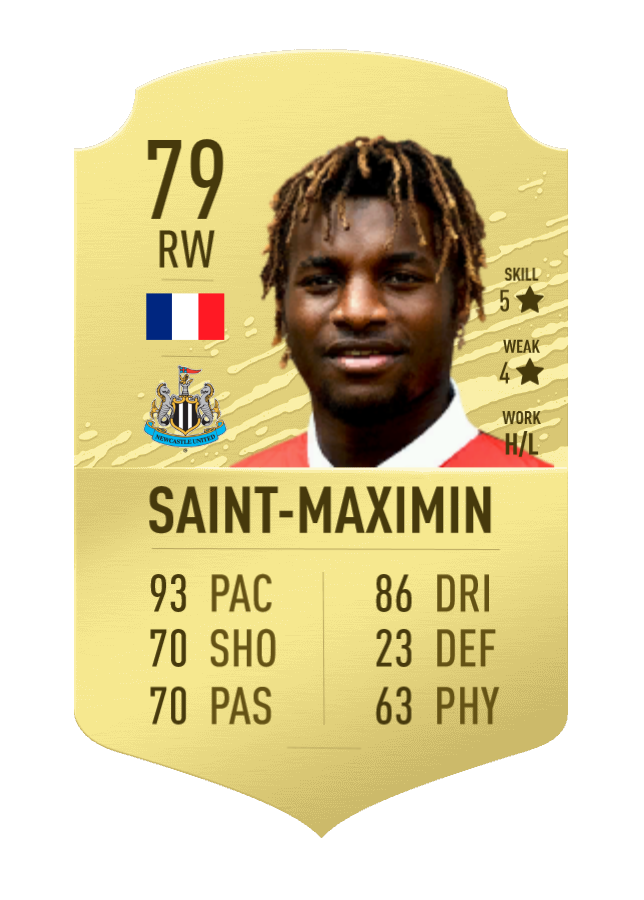 Wingers just have to be fast and good dribblers. Martial has 89 pace and 4-star skill moves while Maximin have 93 pace and 5-star skill moves. With good chemistry styles, those 2 guys can be real beasts. 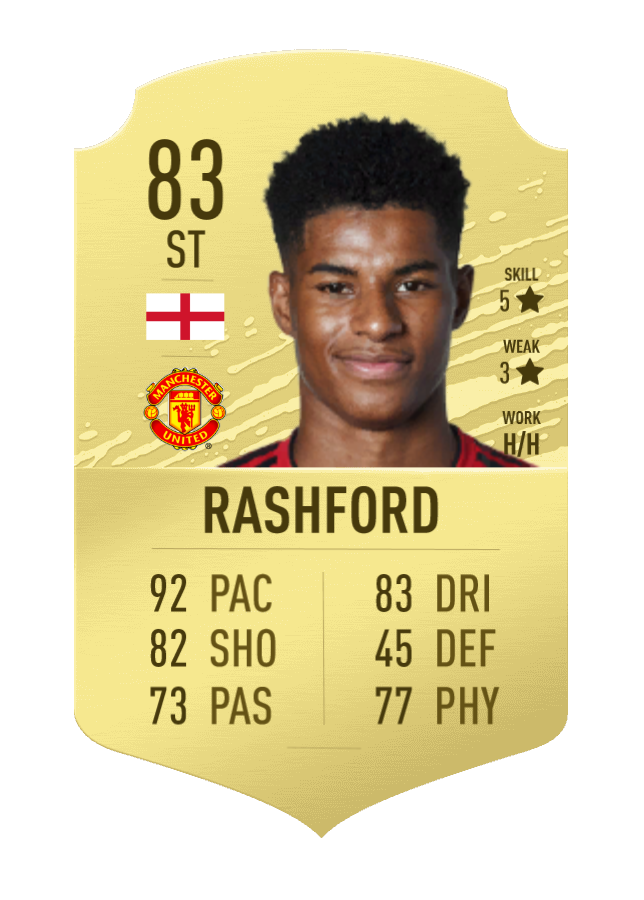 Rashford is the best attacker you can get under 5k. He has everything one attacker has to have, 93 pace, 5-star skill moves, 83 dibbling and 82 shooting. With hunter chemistry style, he is just unstoppable. Just try this player and you will see for yourself. You can’t buy a better ST even if you spend 50k more coins.

And here is the full team in the 4-3-3 (2) formation and the current price of it on each platform: 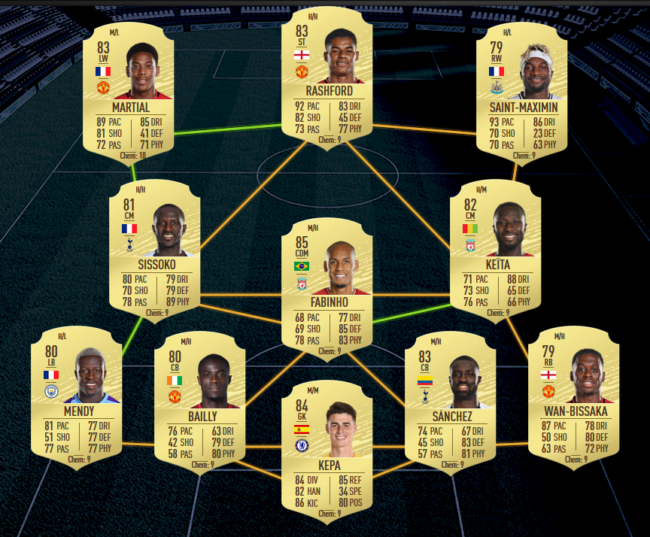